It’s the Aaron & Zoey show this week and honey, everyone is in the wrong! CONFETTI! We join them after their “trip to funkytown,” if you catch my drift, and emotions are all over the place. Zoey is knee deep in some strong emotions, but as Aaron leaves to go meet up with Rochelle (ya know, his girlfriend), her worries about what just happened start to appear. Ana confidently (and bluntly) announces to Zoey how she has become the side piece, fully seeing Rochelle’s side. Zoey, of course, doesn’t agree. When you’ve had an on again, off again relationship that spans three years like theirs has, is a side piece position even plausible? Zoey consistently argues that her relationship with Aaron can never be deemed as such…until Rochelle walks by hand-in-hand with Aaron, allowing her to finally get the confirmation she didn’t want to see. Her side piece license has been approved!

Aaron meets Zoey to discuss their previous trip to funkytown and it quickly turns into a fight with all warring parties coming off poorly. Aaron argues Zoey’s intentions are always to come into his life at intermittent intervals, wreak havoc, then jump ship after he’s affected. (Rude.) Zoey argues she was planning on re-enrolling at Cal U after quitting the stylist gig, so she was there for the long run. (He still is taken, but ok.) It’s a messy, messy chat with both of them coming across as selfish and, of course, perfect for each other.

A few days later, as the fight between the two has cooled down, Zoey receives a horrifying text requesting a chat with (dun dun) Rochelle. She must know! I’m surprised Zoey didn’t run around like Kermit the Frog, arms wailing and screaming to death. The girls at the house are confident that Rochelle’s wording means she’s ready to fight, so Zoey dons her toughest Timberland boots and is ready to go at it.

When she arrives to talk, however, Rochelle’s Birkenstocks and summer dress seem to suggest that a boxing referee won’t be necessary. To Zoey’s surprise, she receives an apology. Rochelle regrets asking Zoey to step away from Aaron and has felt conflicted ever since. She suggests they become a friend trio and I could hear Zoey’s stomach drop into her ankles. Girl, you’ve done it now!

While Zoey is dealing with relationship drama, Sky and Jazz are dealing with the aftermath of the Olympic trials. If you remember, Sky made it to Tokyo 2020/21, while Jazz didn’t make the cut. When they return home, Sky is overwhelmingly suspicious of Jazz’s bubbly demeanor. 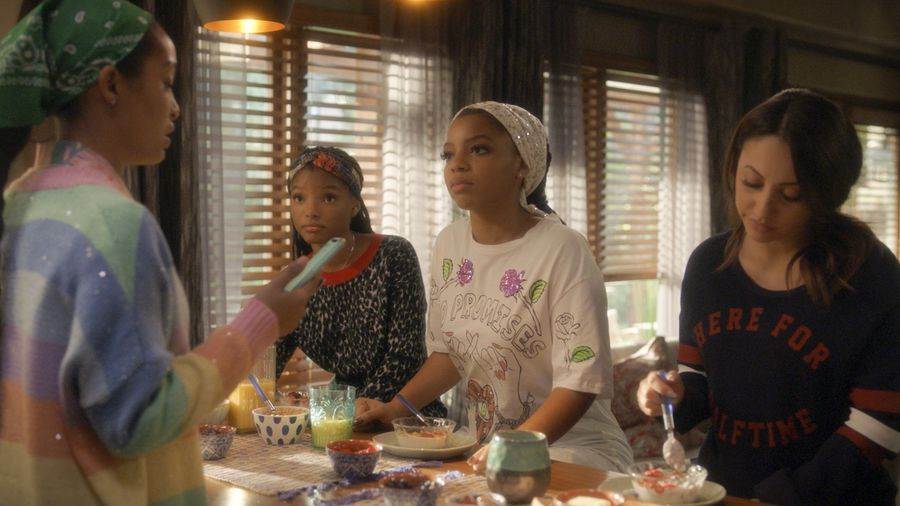 After finally confronting her about the matter, Jazz breaks open and breaks down. Jazz has been internalizing the devastation of the loss since they’ve returned in the hopes to cope. While she’s immensely proud for her sister, it will always hurt and seem like a waste of thirteen years. After a big dose of sisterly love, Jazz sends Sky on her way to Tokyo (Why is she not joining? Can she not, like, visit and watch?), proud of her sibling, but still hurting.

(BTW, Ana, throughout the entire episode, is suspicious that Javi is cheating on her with “Somebody,” which happens to be the name of the individual sending Javi buckets of messages. We didn’t find out much about this possible betrayal, but watch this space as I smell some drama coming down the pipeline!)