We’ve made it to the end of another season and it ended with a big ‘ole “DUH!” moment. Luckily, we started off with the major plot line that has anchored this second half of the season. It’s commencement day at Cal U and as names are being called to collect their diplomas, only crickets are heard. No one heads on stage to celebrate their biggest educational achievement. What gives? 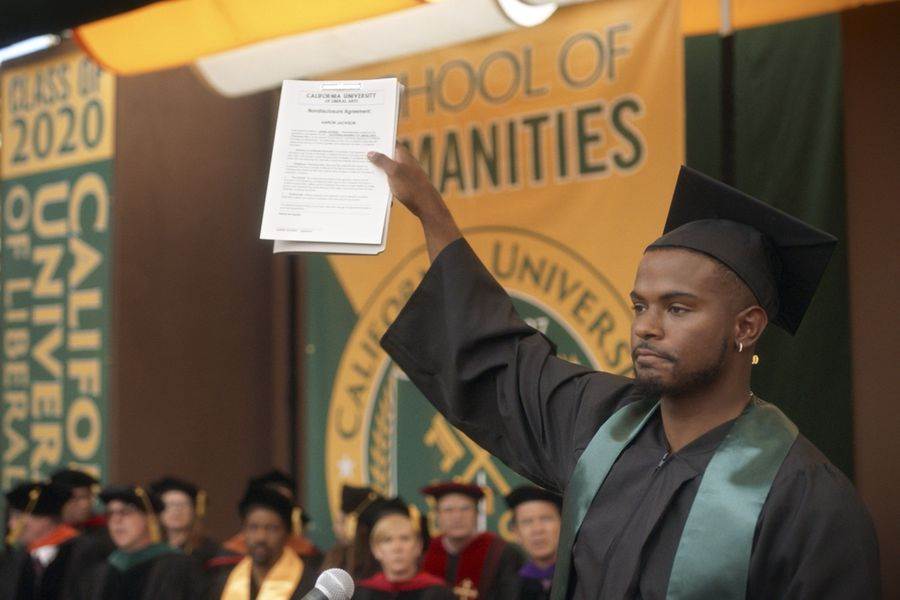 Instead, Aaron heads to the podium to complete one final protest. He reveals to the crowd the bribe and NDA the Dean offered him in exchange for dropping the fight against the school funding privatized prisons. As the crowd is left stunned, the entire student body disrobes to reveal they are wearing orange prison jumpsuits in solidarity. The image, just like the previous protest, is stunning and powerful.
At the graduation party for Aaron, everyone is so proud of him for taking a stand and never backing down. Amidst the shenanigans and buckets of booze, it’s announced that Cal U has officially decided to divest. With that huge win, if someone didn’t cover his drinks all night to congratulate, I’ll be peeved.

However, he celebrates the huge victory by kissing Rochelle. As much as Zoey doesn’t want her presence at the gathering to become awkward, of course it becomes awkward. She views the kiss and storms off. From this moment on, we know how the episode will end.
Zoey mopes back at home about the situation once again, as Luca gives her a bucket of tough love. Being the mouthpiece for the audience, Luca explains how everyone sees that Zoey is meant for Aaron, they will always fall back in love with each other, and that she should buck up and get her man. Zoey is rather shocked at the bluntness, but after taking a moment to sit with what she heard, she meets up with Aaron for a late night soul dump.
She tells Aaron that, while she’s in love with him, it’s best to let him go. Though they might cross paths later down the line, right now, it’s best to let life move on. 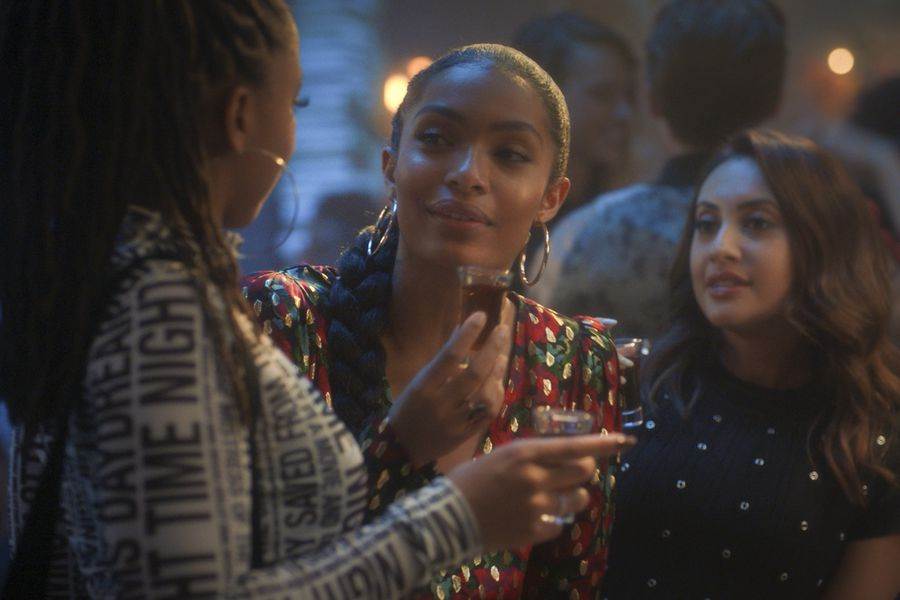 Of course that doesn’t happen, because duh! Instead, Aaron returns to Zoey’s house and reveals that he doesn’t want to wait and kisses Zoey right then and there. Their relationship begins again! How wonderful! How romantic! How expected!
Will Rochelle be livid? Will Zoey be content? With Aaron ever cut that rat tail? I guess we’ll have to wait until next season!