I want to begin with an apology. I gave Alanis Sophia’s performance on last night’s episode a less-than-stellar review. Blame can be placed on my tiresome nature or it being positioned at the end of the episode, but regardless, I was wrong. Her performance of “Uninvited” was sensational and I have played it multiple times today. Now that that’s out of the way, let’s see who will make up the rest of our Top 24. With Beane already in (My bias is showing), I do have my eye on a few other favorites from Hollywood week. We had some duds last night, I’m not gonna lie, so here’s hoping tonight’s additions allow this group to thrive.

After last night’s cliffhanger, we start the episode receiving word that Alanis and Casey are both going through to Top 24. This was expected! I am into the news!

Willie Spence – He sits down in the reckoning chair seemingly more nervous than anyone else we’ve seen, which is sweet, as we all know his voice is so phenomenal. His lower register in his “showstoppers” performance wasn’t ideal. He thrives when he is able to belt. On top of that, when other contestants have been asked to take risks, he has received a pass that I don’t understand. Every song is similar in its tone and melody. Let me make it clear, you can’t help but love Willie. However, I want to see a deeper range from him going forward, as of course he’s in the Top 24!

Emisunshine, Lizzy O’Very, and Camille Lamb all gave it their best, but their journeys came to an end. I have forgotten about them already. Sorry. Mary Jo Young – Our favorite first-time singer has, somewhat miraculously, made it to the showstopper round. Performing a James Bay tune, there was true emotion visible, something many contestants can’t say themselves. I find her voice to be semi-affected by popular TikTok trends. Luke Bryan sees that she has a big stage presence issue, and once he says it, you can’t unsee it. With that in mind, she’s off to the Top 24. I’m still hopeful for her Idol career, regardless.

Hunter Metts – He shows a stunning lack of emotion for someone physically crying. It’s not a bad thing, but it’s a weird thing to witness in a contestant. His entire persona is monotone, but he has huge fears and hopes for his career that he constantly verbalizes. Would he be able to connect with America as a member of the Top 24? He chooses a Noah Cyrus song for his final performance and it’s the first time I’ve finally “got it.” It’s gorgeously paced and his lilt is utilized perfectly. The proof of song choice is in the Hunter Metts pudding. His best performance yet gets him through to the Top 24 and I’m excited? about Hunter Metts? which I didn’t expect? 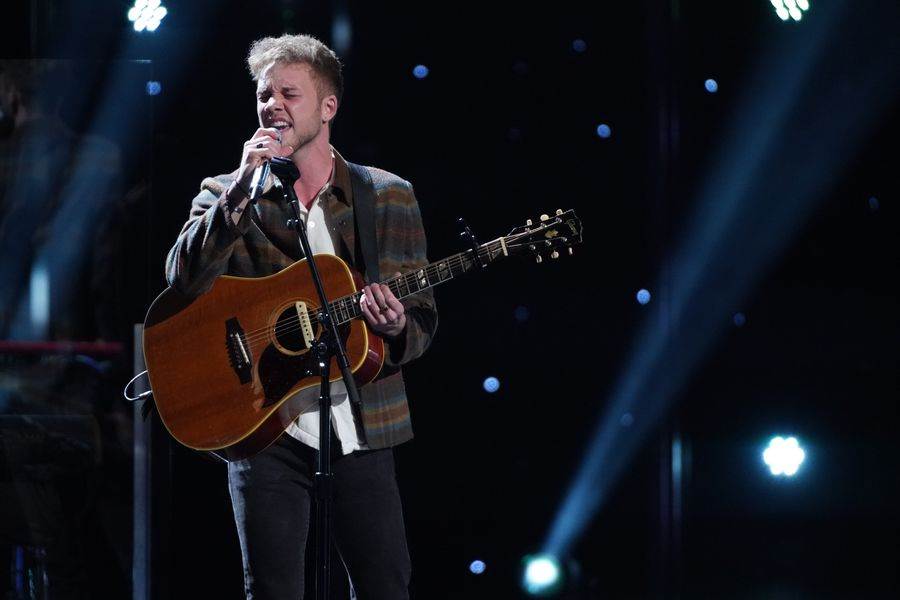 Althea Grace – We always get one contestant a year where their key personality trait is “parent.” Althea is our parent. Through some struggles at home with her baby, she pushed through and continued on in the competition. Performing The Beatles for the showstopper round, I thought it was completely and totally fine. Her voice is undeniably good, but I think the song choice kept her down. The choice held her within a range of three notes and didn’t allow for us to see her full potential. They decide that her time in the Idolsphere must come to an end and it felt like the right call.

Funke and Ronda return after their scary duets round to sad news that they haven’t made the Top 24. As much as they are both beautiful souls, the brief clips we received of their final performances made it clear they weren’t ready to continue the journey.

Grace Kinstler – Revealing from the jump that she struggled to pick a choice for the final performance, she decides on “Father” by Demi Lovato. Once again, this isn’t a great choice. While she is able to showcase her supersonic belt by the end of the song, the build-up doesn’t allow us to hear her vocal truth. Even Katy and Luke agree that it wasn’t her best. Of course, we all know that her track record is stellar enough to allow her to continue on and join the Top 24. Even with that lackluster final performance, the spot is well deserved. 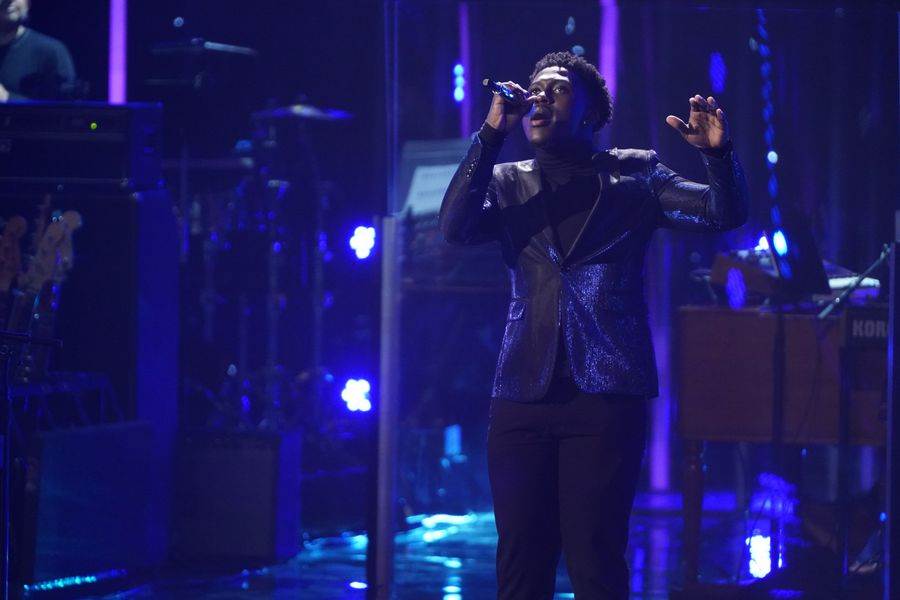 Deshawn Goncalves – He performed “Somewhere Over the Rainbow.” The arrangement wasn’t great. His performance wasn’t great. Both go hand-in-hand. However, I was still thrilled to see him advance, as I am a big ‘ole fan of everything Deshawn serves on a normal day. I did not enjoy his final performance, but I dig Deshawn as a rule.

Colin Jamieson – I never liked him from the jump. The breathy nature he adds to every single sentence as he sings is insufferable. While the song choice did give us Lionel Richie awkwardly dancing to Fall Out Boy, it also gave us an impression of an early aughts rocker that comes out of nowhere. We still don’t know who Colin is, as the performance proved everything is an act. He makes it through to the Top 24 and I am actually livid. No Murphy, but we have him? Yeah, I’m unapologetically ticked.

Laila Mach – Our Gabby Barrett stan has made it all the way through! Out of nowhere, she decides to tackle Alicia Keys. I would’ve never guessed that would be her final performance, but sure, why not. It’s good, but forgettable. They say it’s an issue of timing with Laila, which is the right decision. If she comes back after a year of working on her voice, she could come back and sail through this competition.

Ava August – Tackling an original for her final performance, just like Laila, it’s good, but forgettable. She does have the benefit of having a more unique voice. Her tone throughout the performance was gorgeous, especially since she has a lower register than most of the other female contestants that have made it through. Out of all the younger contestants, she has the strongest grasp of who she is as an artist, so I’m excited to see her continue on to the Top 24. 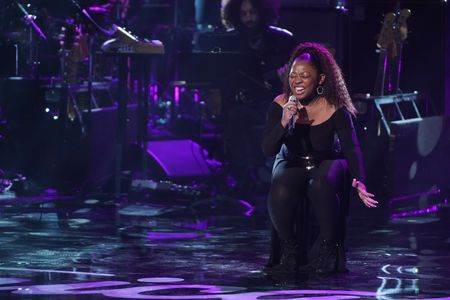 Nia Renee – She said Sam Cooke? Oh, he’s COOKED! (Good night, everyone! Try the veal!) With her powerful belt, her tone is so sultry and smooth that is a welcome addition to this season’s line-up. Bizarrely, she is given the “work on your voice” spiel as she is sent home. Yet Colin goes through? Nope. Nah. No thanks.

Liahona Olayan – She has had a rough go at it during Hollywood Week. I’m honestly surprised she was able to make it forward after her defeated duets round. Luckily, this final performance is a return to the bright spot of auditions. A Meghan Trainor cover brings back the energy and pop fun we originally received from her. Her increased energy was welcome, but it left the performance out-of-breath and not concerned with the technicalities. She needs a year to work on finding the perfect balance. No one listens to me though, so she’s off to the Top 24. She’ll be eaten alive. Yikes.

Madison Watkins – Looking like Rose from this season of RuPaul’s Drag Race, she performs a James Brown classic with a certain swagger that we haven’t seen a lot of this season. It was a performance that fully told me “Yeah, she’s a definite Top 24” and I was right and I am happy. Cheers for Madison and double cheers for her incredible mane. 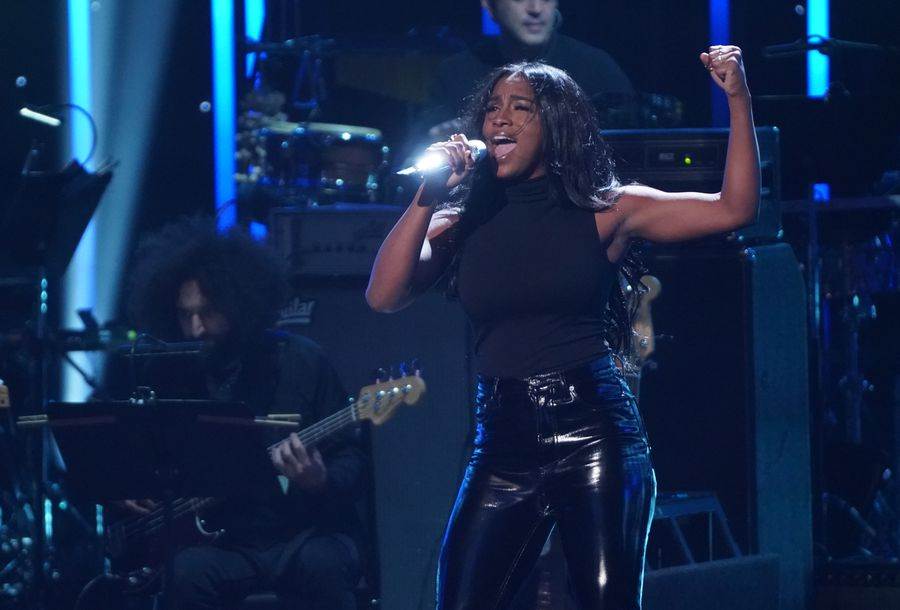 Alana – Someone singing “Bust Your Windows” on Idol? What a delightfully fun choice! I dug the performance and she’s off to the Top 24. We weren’t given a lot of time to view the performance or form an opinion, but it was fun, so that’s good?

Anilee List – She sang Chaka Khan. She made it through. It was fun. (Again, no time at all)

In the final ten minutes of the episode, we find out we have a single slot and two contestants left. We’ve been left to decide between Drake McCain and Cecil Ray, two country boys. Drake tackles a Luke Bryan “classic” and it’s a choice that doesn’t allow for any vocal theatrics. He tried to add some flair to the performance, but it felt like pandering. Regardless…it was still sort of fun. I enjoy his tone and he’d be an underdog in the competition.

Cecil Ray takes a bit of a risk, covering a Leon Bridges song. His voice still sounds incredibly juvenile and without any understanding of how it works. I may sound like Lucille Bluth, but I did not enjoy it at all. 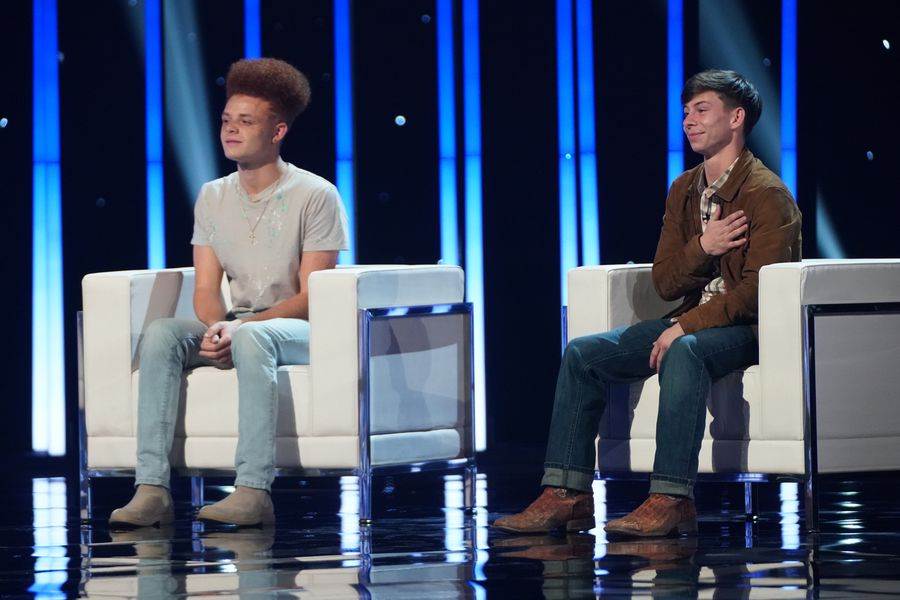 Disgustingly, Cecil Ray makes it on. It makes no sense and ends the episode on an incredibly sour note. I think I’m mad? Wait, am I really mad?

Our Top 24 finally heads to the Idol stage next week. I can’t wait to see how this turns out.