Theme parks were allowed to reopen on April 1st in California and while there are many throughout the state, only a handful were actually able to make the date. In the Bay Area, Six Flags Discovery Kingdom reopened for members and season ticket holders, with the park officially opening to day guests on April 3rd. Located in Solano County, which is currently in the red tier, the park’s capacity is capped at 15% of occupancy. And while I’ve visited the park several times to report on the Marine World Experience, Holiday in the Park and Renaissance Days, this was my first time there with attractions operating. 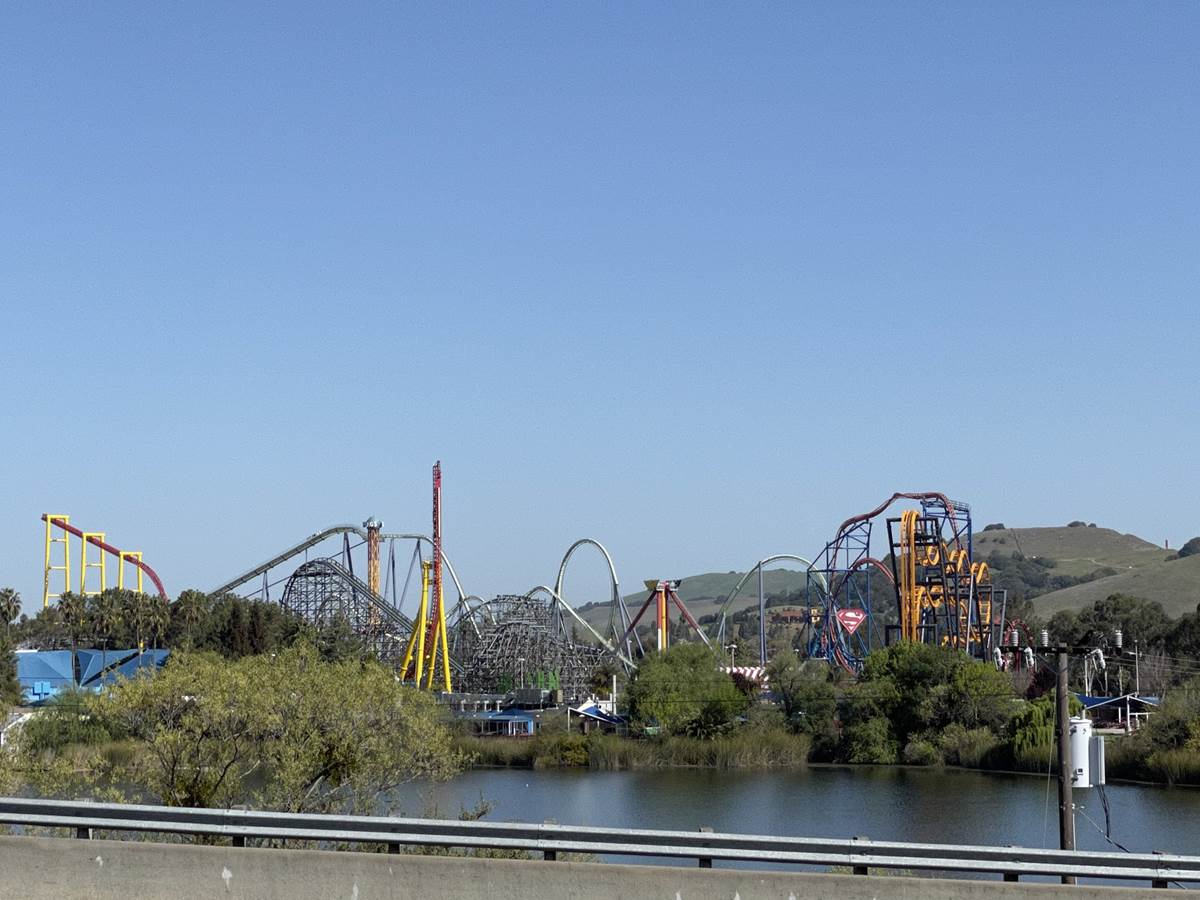 With rides having been closed for over a year, there were a few hiccups on opening day as the team got back into the routine of operating attractions. One of the biggest surprises of the day was the park entrance experience, which starts with a walk-through temperature check and security screening. With an 11:00 am opening time and a reservation system that requires visitors (restricted to California residents) to select an available arrival time, there was a significant backup that extended beyond the social distancing markers on the ground. Those were largely ignored and despite local news crews on site to cover the opening day, I didn’t see any employees trying to spread the crowd out. The park also opened its gates a few minutes past 11:00, by which time the lines of people waiting to get in butted up against the security screening area. Once inside, I was surprised to find that Renaissance Days has been extended, with many of the vendors still operating in the main entrance plaza. Some of the booths have been relocated, with the turkey legs and tri-tip booth closer to the entrance of Looney Tunes Seaport. The big draw for most visitors was DC Universe, the newest area of the park which features several new or rethemed attractions. Only 3 of the 6 attractions in the land were operating, one of which was down due to technical difficulties most of the day. 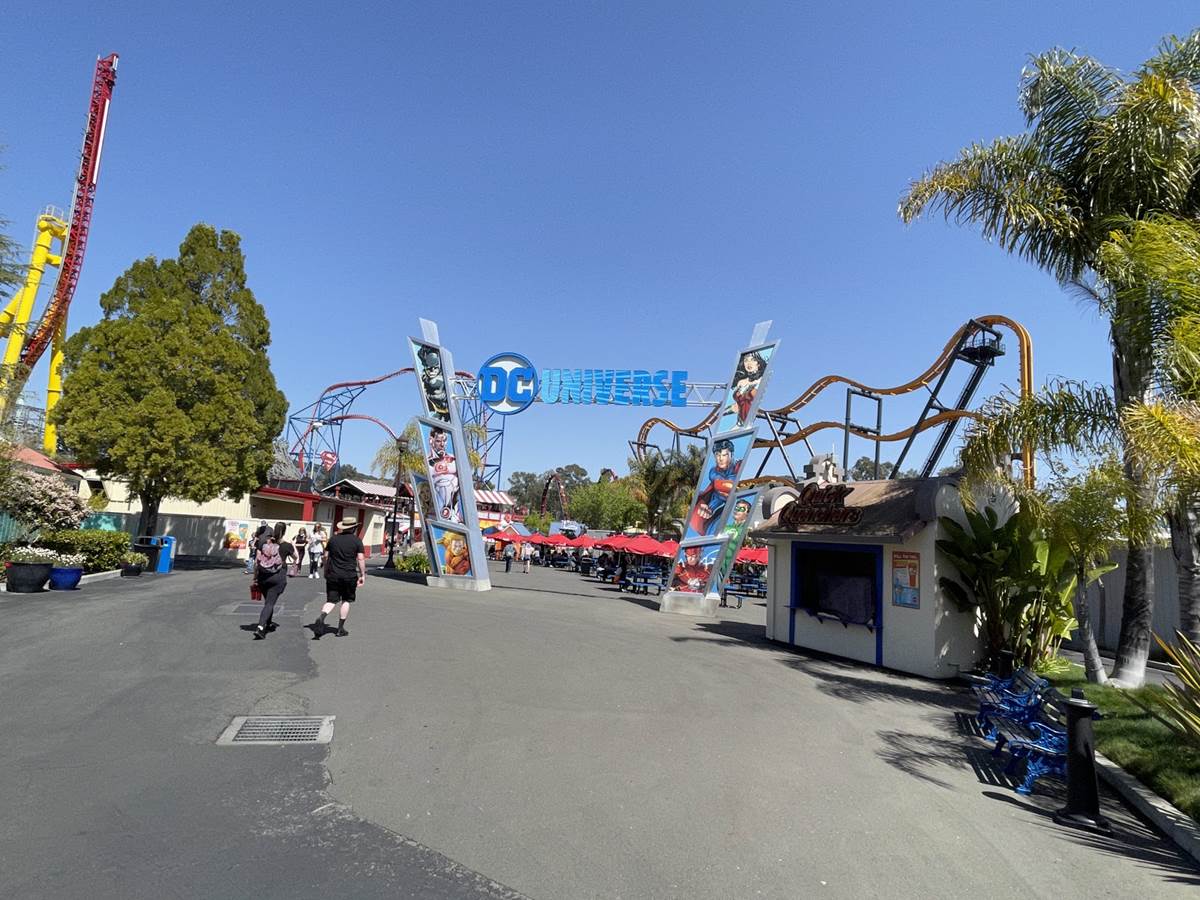 It was somewhat fitting that on April Fool’s Day, The Joker was the ride that refused to cooperate with the ride technicians. Having not been to a Six Flags park (with rides operating) in years, I was surprised by the company’s bag policy on roller coasters. Back in the day, they had cubbies at the unload zones where your stuff could be stored. While approaching Batman: The Ride, I was told that they don’t allow bags in the queue at all and I would need to rent a locker (not complimentary like they are at Universal Studios). Charging $1 for a single ride and $5 for a pass to use lockers throughout the park (with a 2 hour time limit on each use), there were surprisingly few lockers in DC Universe and both sets did not seem to be operating. With ride technicians focusing more on fixing The Joker, both sets of lockers remained non-operational while a growing crowd of frustrated visitors with bags built up. I walked to another section of the park to stow a bag only to return and find that they had changed their policy, allowing people to dump their bags on the ground outside of Batman: The Ride which, I might add, had cubbies at the load platform that could’ve been used to store bags just like in the good ol’ days. That part of the experience felt like an unnecessary cash grab. 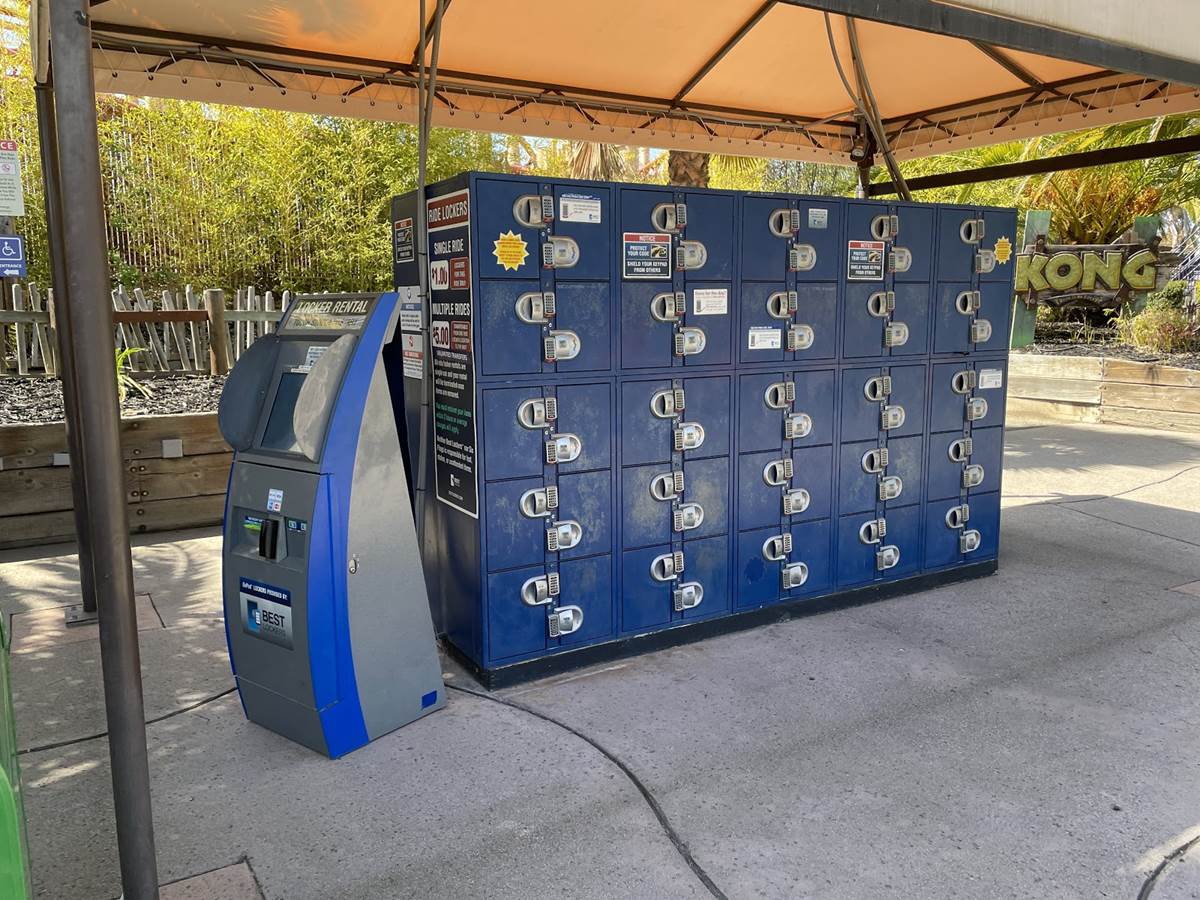 Batman: The Ride is the first 4D Free Fly Coaster, with rotating seats on either side of the track that cause riders to go through unexpected flips while soaring through the twists and turns of the 1-minute-long coaster. It was a lot of fun, but also confusingly played the John Williams Superman theme when being dispatched instead of music from any Batman films or TV series. Superman: Ultimate Flight was another unique coaster experience, sending riders forwards, backwards, and upside down. An inversion at the highest point creates a free-falling moment where riders are suspended upside-down for a moment. Sandwiched between Batman and Superman is a Harley Quinn attraction that was not operating. In addition, Wonder Woman: Lasso of Truth and The Penguin were closed with no signs of a planned opening. If you came just for rides, wait times were fairly low, averaging between 5 and 35 minutes with the reduced capacity. Queues have social distancing dots on the ground, but visitors largely seemed to not notice them in the queue for Superman. With most attractions (save for Batman) not having a greeter staffed out front, social distancing was not only hit-or-miss in the queues, but so was mask compliance. Like anywhere, if nobody is checking to make sure the policy is enforced, there are people more than willing to not comply with the rules. If that unnerves you, you might want to wait to visit the park until you get your vaccine. 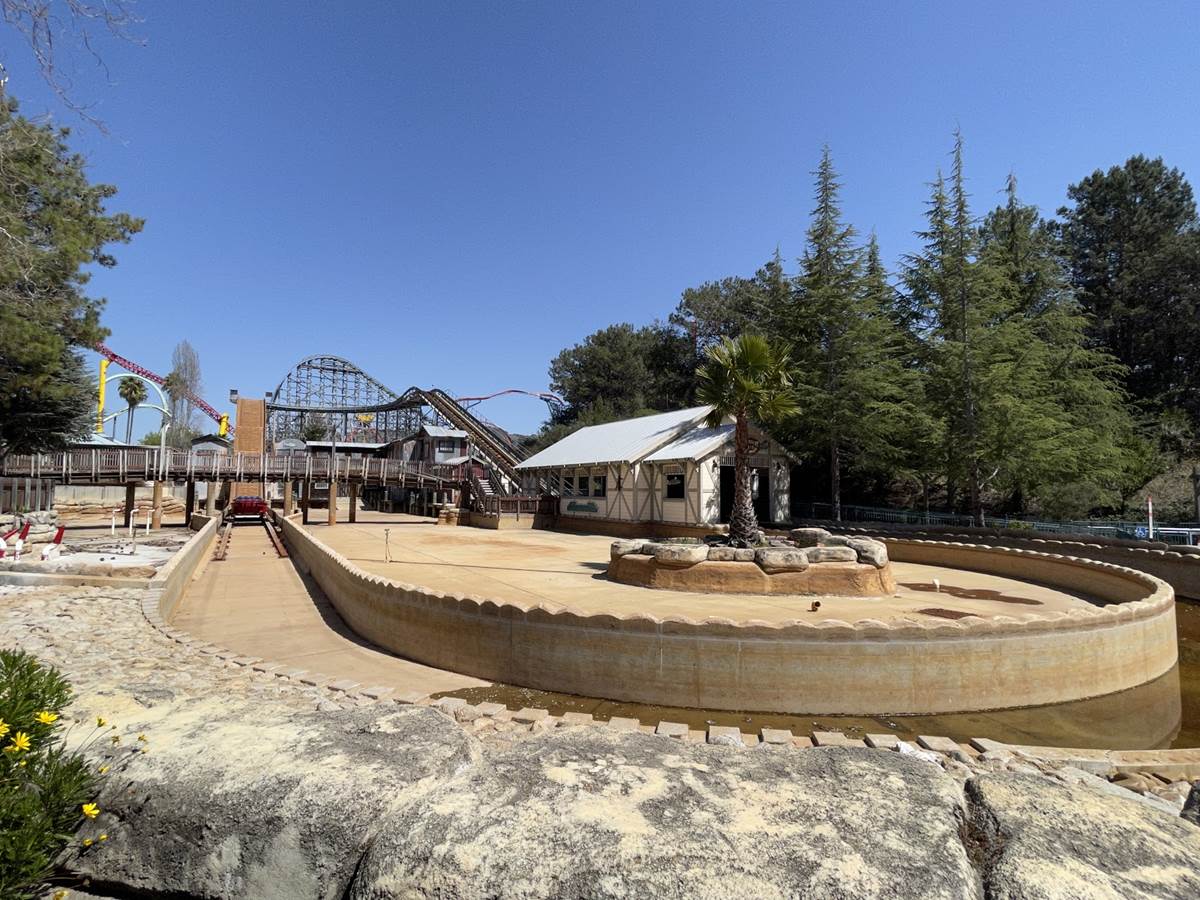 It felt like about half of the attractions were intentionally closed, with several water rides still drained and other queues used as a mask break zone. While DC Universe and Looney Tunes Seaport felt congested, the rest of the park was wide open. 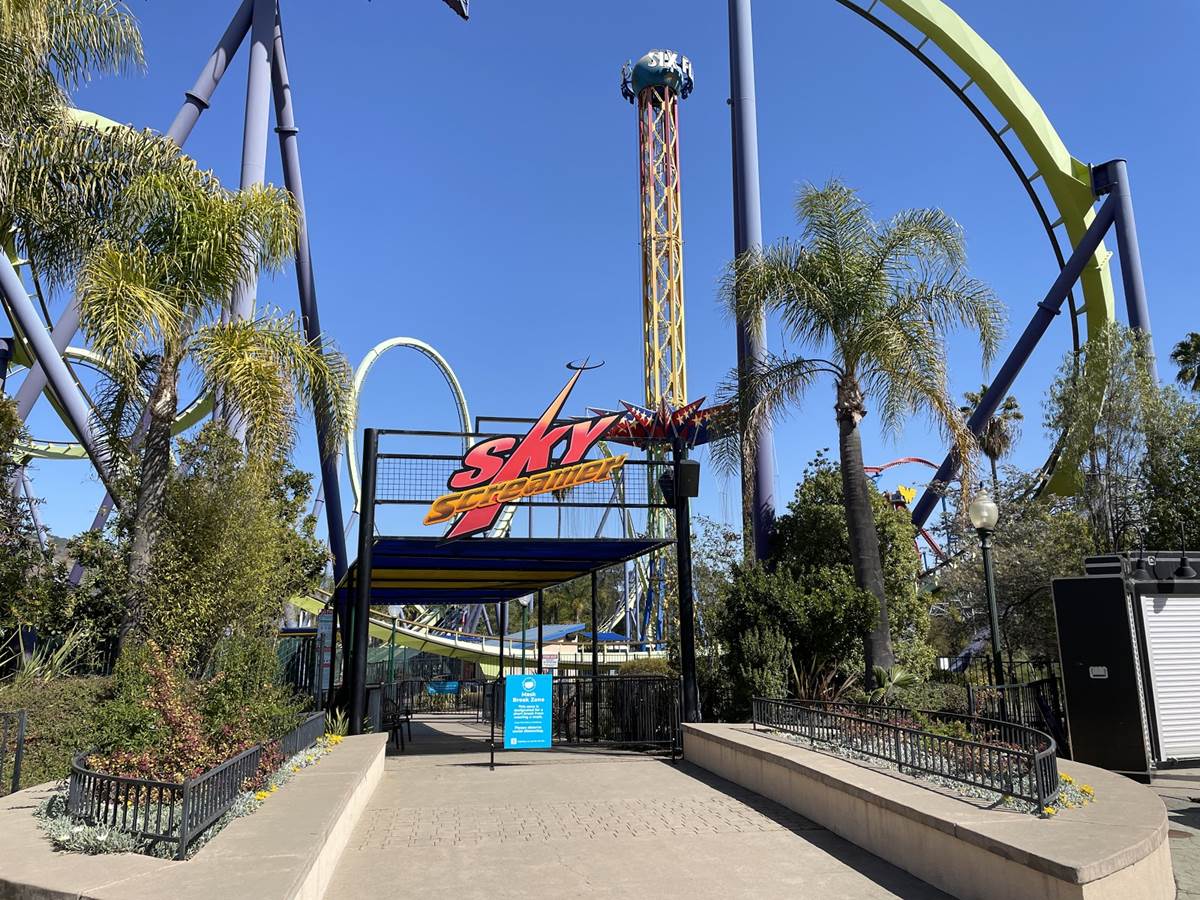 Several animal shows were operating, while a few that had previously been performing were dark, like Odin’s Temple of the Tiger. I spotted the team that typically runs that show answering questions about the park’s pride of lions and most of the animals were out, including giraffes, wolves, cougars, tigers and reptiles. The Butterfly Habitat, which has become my favorite area of the park, was sadly closed for the day. 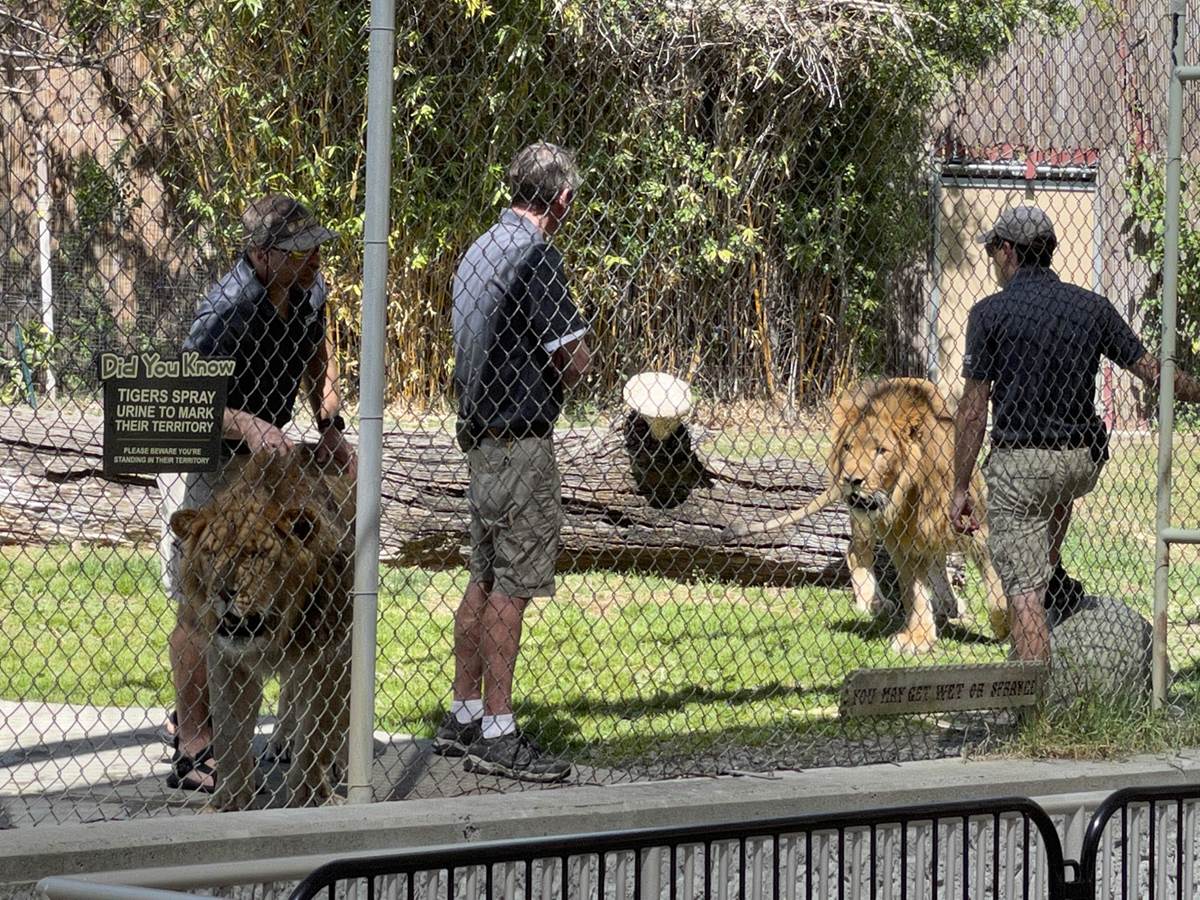 In spite of several challenges, which also included long lines for drink refills and member services, presumably caused by most of the day’s visitors being Six Flags Members, it was still a fun day at Six Flags Discovery Kingdom. Having not been on a ride in the state of California in over a year, it was fun to experience several of the attractions for the first time. Growing pains are inevitable and I’m confident that the reopening day challenges will be smoothed over the next time I visit. And on your walk back to the parking lot alongside Lake Chabot, you might get to see some white swans. 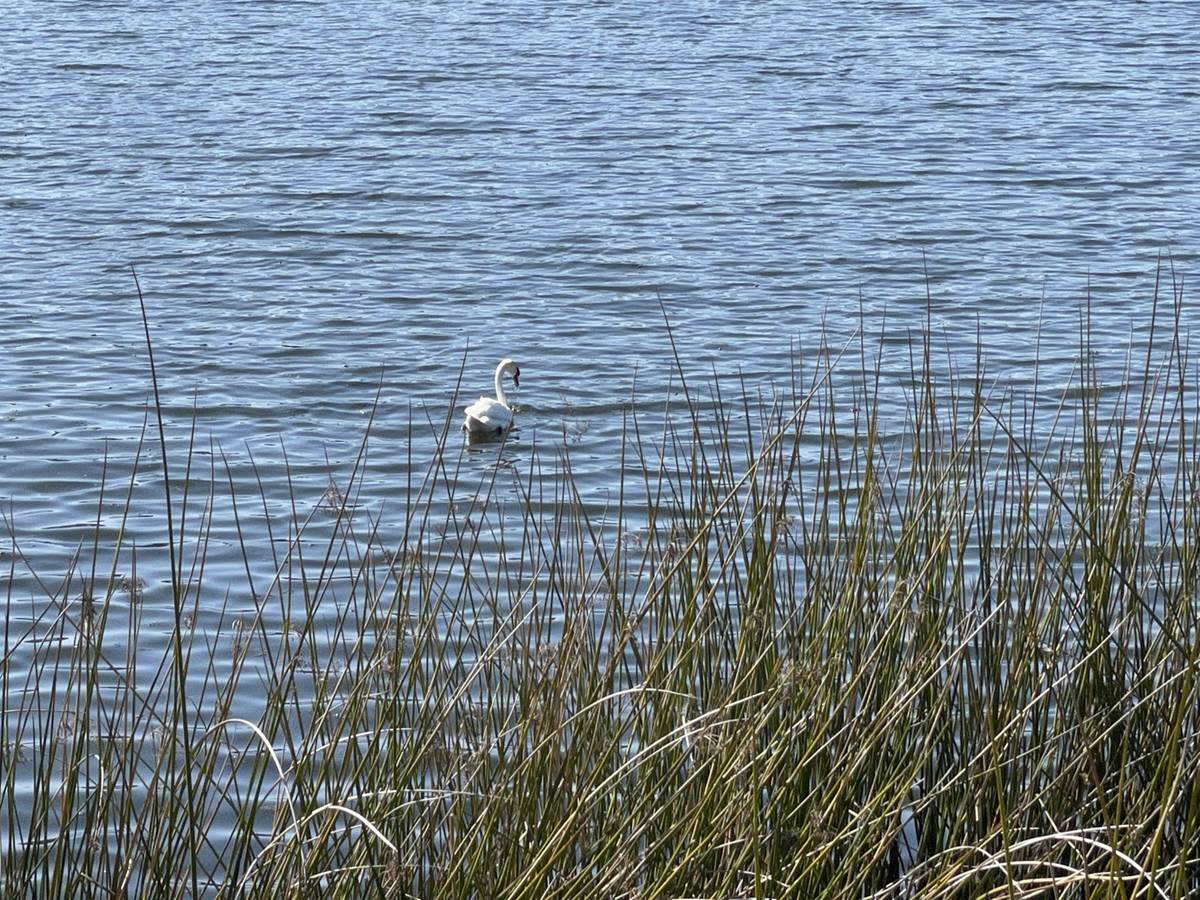 I did a live tour of the park shortly after it opened on April 1st, which can be enjoyed below.

For more information and to book a reservation to visit Six Flags Discovery Kingdom, click here to visit the park’s official website.