Dominic Lewis got the opportunity to relive his childhood by scoring Disney’s reboot of DuckTales, which recently aired its series finale. I got the chance to talk to the composer about returning to The Disney Afternoon, his approach to scoring the series, and what’s next for his musical career. 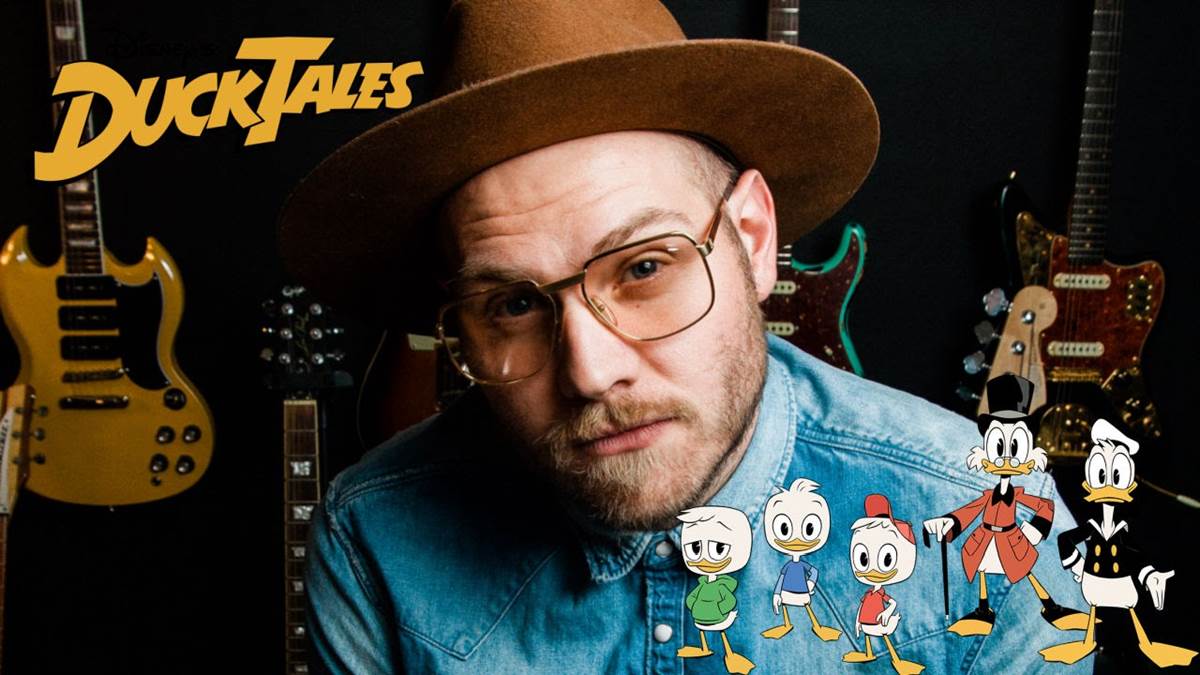 Benji: How did your interest in music begin and what was the journey to scoring DuckTales like?

Dominic Lewis: I’ve been in music since I was a kid. Both my parents are musicians… I was taken under Rupert Gregson-Williams’ wing as a 15-year-old and fell in love with film music. The goal from a young age was always to move out to LA and see the whole film composing thing. I studied music at the Royal Academy of Music and then after that, Rupert put me in touch with Hans Zimmer and I came out and I met Hans. At the time, Hans didn’t have any work for me, but I met John Powell out here and I was given a chance to do some music on How To Train Your Dragon. And the rest is history. The snowball started it and then I was able to get a few credits under my belt… I met with Jay and Monica at Disney [Television Animation] a few years before I was offered DuckTales and we would try to work together, but I was really busy… I was doing other projects, still taking a little bit of additional music on things like Kingsman and Big Hero 6 and was crazy busy, so couldn’t take on a show of my own at that point. And then eventually they approached my agent with DuckTales. Being a huge DuckTales fan, I couldn’t say no. I had to say yes, and I still got ideas. And so that’s sort of how it all came about.

Benji: What was your approach to the score? It seems to pay homage to the original Disney Afternoon show’s sound while also being fresh and modern.

Dominic Lewis: It’s essentially quite daunting. When the show is that beloved, you don’t want to piss people off and make people angry. So my first experience was with the theme song, with the theme change and I wasn’t responsible for the reboot and that does a fresh take on it. When I was brought onto the project to do the score, I was played the version of the main theme tune, which the amazing producer did… But they changed the counts in the middle eighth or the bridge… I was like no, no, no, no, no because I was such a fan, it’s such a huge part of it. I was like ‘No, you can’t change the coda. You have to keep the coda the same.’ I think at that point, the show runner realized my passion for the project and they brought me on as like an additional kind of producer to bring in some cinematic strings and sort of do some… I wanted originally to echo the original arrangement, but they didn’t want the horns because they thought it was still one foot in the 80’s and wanted to update it. Also, I used strings instead. So that was kind of my first introduction into the reboot, as it were. And actually I met Mark Mueller who wrote the original song as the first kind of PR thing when DuckTales was supposed to come out and he called me aside and he was like ‘Thank you so much. I heard that you said that they have to keep the coda.’ I was like ‘Yeah, you’re welcome.’ But then when it came to the score, I did new things, I actively did not want to go back. And I know you’ve got that distant memory of something in your brain and you think you remember it well, and I wanted to keep it like that. When I first met Frank and Matt, the showrunners and writer, they pitched to me was we wanted to recreate the best version of DuckTales that you think you remember… Ron’s music is amazing, but the whole process of the way they scored it was very different. He came up with 4 or 5 pieces and they were recorded and then it would just get reused. I certainly didn’t want to go down that route. I want to give every episode its own flavor… Fortunately, I got to kind of throw the kitchen sink at it. For a 2D-animation cartoon, it holds some pretty intense orchestral music.

Dominic Lewis: It’s always amazing when you’re supporting an episode with the guys and they’re like, ‘Oh yeah, we actually got the rights for this thing, so we can use it.’ Cause that’s just like, the little kid in me who loves all those shows, like, ‘Oh my God, I get to write a theme and it’s Darkwing Duck, I get to write a fresh take on Chip & Dale: Rescue Rangers.’ It’s always amazing when they tell me that I can do that. And especially, the best one for me was being able to use the “Moon Theme” from the Nintendo game. I wasn’t a massive gamer as a kid, I wasn’t allowed games, but my best friend when I was a kid had that game and I remember playing it, and I remember thinking how amazing the music was. So, that was super cool to be kind of given the green light on doing a few different versions of the “Moon Theme”…. I don’t want to copy what was there. I want to update it, but make it fresh. And for example, with the “Moon Theme,’ because there were so many different versions, I did the montage version with Della and a huge John Williams style orchestral version of it, too. So, that’s super cool.

Benji: Now that the series has recently wrapped it’s run, is there a moment that you look back that you’re most proud of?

Dominic Lewis: Oh gosh! There’s so much music. It’s not really a moment in a specific episode, I’m just very proud that I was able to approach it in what one might think was a very traditional way of scoring. We used an old-school way of scoring in that you kind of come up with your themes, you come up with your leitmotifs for all the characters and you take those musical gestures on the journey. So more than it being one moment they’re looking at, it’s kind of looking back at the whole catalogue and especially hearing all those themes pay off, it’s been really nice to watch the finale and look back on the three seasons and go, ‘yeah, I’m not terrible.’

Benji: So now that DuckTales is wrapped up, where can we hear your work in the future?

Dominic Lewis: Well, I’m doing the new Monsters at Work show, which is super cool… ‘m writing the last episode now. It’s 10 episodes, it’s going to go to Disney+. And then I’ve got two films because of COVID, I’ve had two films on the shelf for a long time. I finished Peter Rabbit 2 in the spring of, well, the winter of 2020, and not long after that, I finished The Kings Man, which I co-wrote with Matthew Margeson. I’ve also done another film with Kate Beckinsale, Jolt, I don’t know when that’s coming out, we’ve just finished dubbing that. So I’m not sure when that’s coming out, that’s an action packed R-rated crazy, electronic score type thing. And then I’m doing another film, which I actually can’t say at the moment, I don’t think, but that’s super exciting.

Dominic Lewis: A hundred percent. And it’s something that I set out to do from the beginning when I moved out here and I started working with these amazing mentors. When I started working with Henry Jackman, at the time I was smoking and we were having a cigarette break and he said, ‘You can do all these styles and you should really run with that and push that.’ That’s essentially what he did, because he can move in any direction, too. I remember him saying ‘That’s really going to set you apart from anyone else because in this business, a lot of people just get booked for that one style. But if you’re the guy that can do everything, if no one can pigeonhole you, that’s going to be such a huge advantage.’ I really took those words on board and I love to dive into my massively different music types. As long as it’s good, I will listen to anything from the craziest types of music from very, very, very classical music to insane hip hop or jazz, or even just crazy dance music or any world music. I will listen to anything. And I think that’s really important for me, to be echoed in the projects I do because if I do one thing for too long, I get a little bit stale… Being able to write all kinds of music is a great advantage.

Benji: Well, thanks so much for taking time out to talk to me today, we look forward to rewatching DuckTales, but then also hearing more from you Monsters At Work and The Kings Man later this year, as well as your other projects.

Dominic Lewis: Oh my pleasure, and thanks for having me. Thanks so much.