Mouse Madness 7: The Finals – DuckTales vs The Muppet Show

This is it. It all comes down to this. We’ve reached the finals of our seventh annual Mouse Madness tournament as we crown the greatest Disney TV theme of all-time. Over the past couple of weeks, we’ve released a bracket consisting of the 16 best themes we could put together and day by day we’ve narrowed them down to just two. Now it’s time for you to decide which one is the champion! 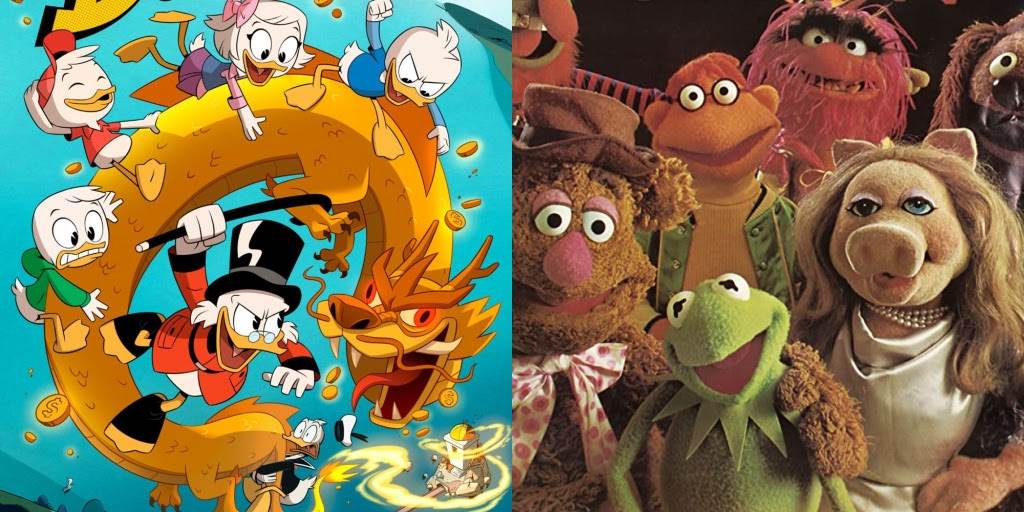 And now we’re here. Two classic television shows with two incredible, beloved themes. One animated. One live-action. Both classics. But only one can be crowned the greatest Disney TV theme!

Life has been a hurricane for DuckTales since this tournament started. The Disney Afternoon favorite had to get past another duck-focused series when it took on Darkwing Duck in the first round. After winning with 65% of the vote, DuckTales moved on to face Chip ‘n’ Dale: Rescue Rangers, which it also defeated convincingly, collecting almost 70% of the vote. And to get to the finals, DuckTales received 66% of the vote to get past The Simpsons. It’s been quite a run, but can this theme win it all?

The music has been playing. The lights have been lit. One live-action show has been dominating and The Muppet Show is it. The Muppets first faced off against the beloved sitcom Full House and won almost unanimously, taking 88% of the vote. Next up was The Golden Girls, and despite being a slight underdog, The Muppet Show took more than 75% of the vote. And of course, as we mentioned earlier, The Muppet Show picked up nearly 62% of the vote to get past The Mickey Mouse Club. Can this theme continue to the most sensational inspirational celebrational Muppetational theme? Or will the curtain fall on this classic?

Now it’s up to you to decide. Which one is the greatest Disney TV theme of all-time? DuckTales or The Muppet Show. Vote in the poll below.

This is it! We've reached the finals of our seventh annual Mouse Madness. Help us crown the greatest Disney TV theme of all-time. It comes down to two absolute classics: DuckTales vs. The Muppet Show. Which one should win it all?
Listen to both songs here: https://t.co/ABWlu5SaRC

Be sure to check back tomorrow to find out who won it all and can claim the title of the best Disney TV theme! 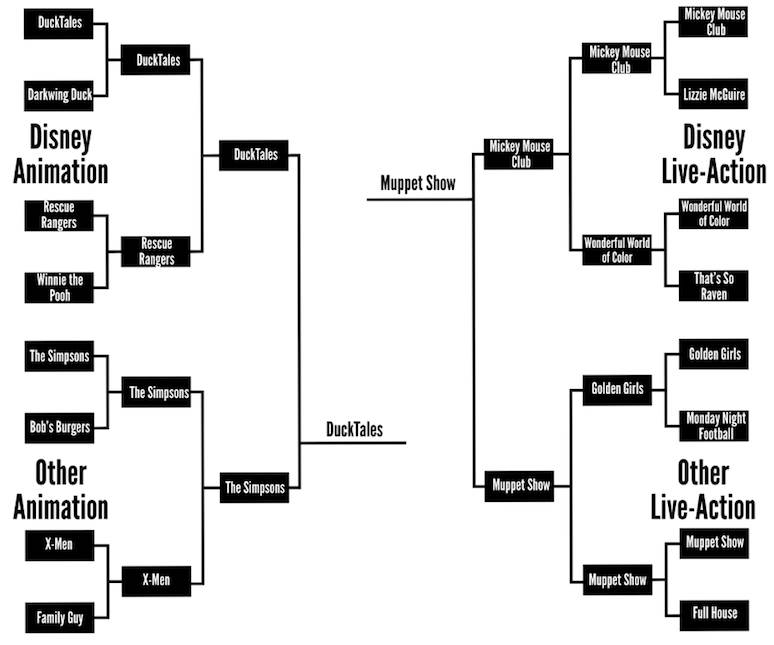