Tonight, we finally get to witness the group of contestants that America has chosen to continue on in the competition. We’ve had almost two months of judge-chosen episodes, but finally, we have the power. The Top 24 we witnessed performing last week will be wilted down to 16, a brutal cut. It’s going to be a stressful night, so hold onto your remotes, ‘cause it’s time for the Idol Hunger Games. 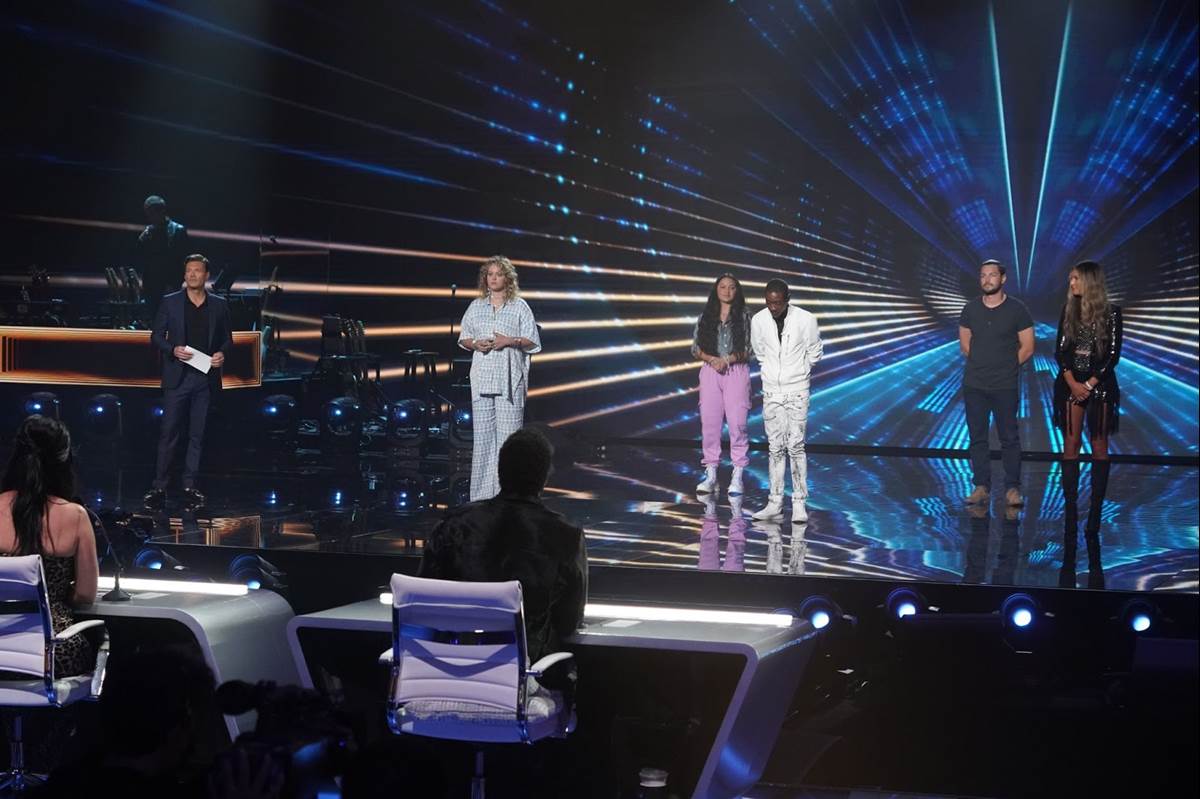 Alyssa Wray – Our first entry into the Top 16 starts of the show on a iffy note. Covering “Killing Me Softly With His Song,” she tried to do too many things at once. This, most likely, led to the flat notes sprinkled throughout. Her tone wasn’t as good as we have heard in the past. The judges covered her in praise that I did not understand. It just…wasn’t good, y’all.  2 out of 5

Graham DeFranco – His Frank Sinatra performance wasn’t necessarily, but it was John Mayer cosplay. It didn’t seem genuine. It was technically perfect and his tone is otherworldly, but it felt like it wasn’t true Graham singing. However, I give him oodles of credit for the fun arrangement. Sinatra with a bounce? I’ll take that with cheese!  3 out of 5

Grace Kinstler  – The normal tempo of “Elastic Heart” is…not what was performed on stage by Grace. I’m not quite sure what tempo was performed. It always sounded like Grace was off the beat, whether or not she was correct. I’m so confused by the tempo that I know it’s going to keep me up tonight. As Katy mentioned, she’s starting to save the runs until the end of her performances which is key. Not my favorite Grace, but not the worst.  3.5 out of 5

Alanis Sophia – Anyone singing a track from the Grey’s Anatomy musical episode gets a few bonus points from me. Unfortunately, she bit off a little more than she could this week. Every other power note sounded off. The end whispery tones were also a bit shaky. Again, it wasn’t her best and not her worst.  3 out of 5 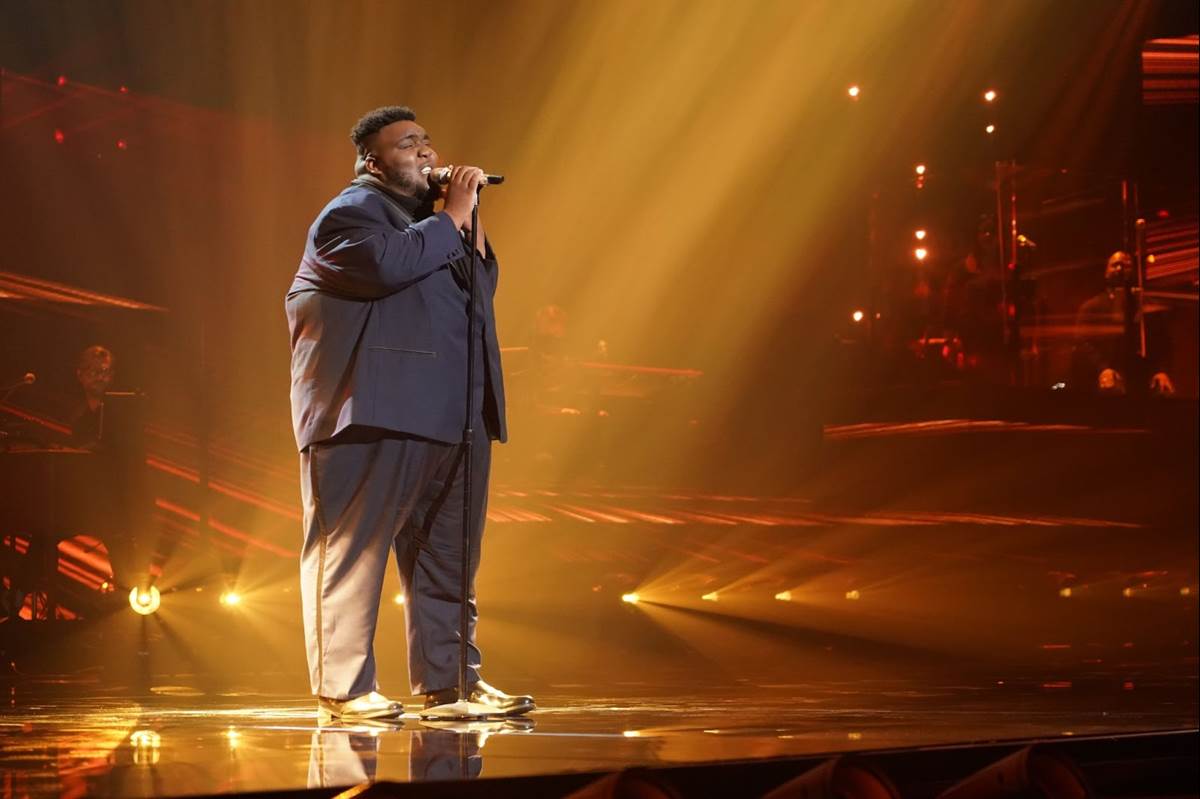 Willie Spence – Is that Willie? Singing a mid-tempo song?! You love to see it! His voice is still wonderful, but the arrangement, once again, ruined the full weight of the performance. It was an Adele maze that had me zigging and zagging in ways that didn’t sonically sound correct. His love of his craft, however, is undeniably perfect and I can’t help but fall in love with Willie.  3.5 out of 5

(I am really not understanding my indifference to the talent this season, other than a few notable exceptions. The arrangements are to blame, but I think how the season has progressed without us being able to connect with the contestants outside of a sob-story montage has hurt my ability to enjoy any performance. It’s making me quite sad, to be honest! Let me connect!)

Deshawn Goncalves – This Nina Simone cover at the piano is, without a doubt, his best this competition. He’s finally allowed himself to take more chances vocally and spatially. His falsetto finally came out of nowhere and made sense all at once, which is easier said than done. I’m finally on the Deshawn train, my friends, and it’s nice on board!  4 out of 5

Wyatt Pike  – As he walked to the stage minus his hat, I was hopeful I’d enjoy the performance. I mean, I loved him last week and he was without his insufferable two-dollar bill. Yet, he began to sing and it all went downhill. The buckets of unnecessary grit and grunting ruined it all. I don’t understand. I just don’t get it.  2 out of 5

Cassandra Coleman – Unfortunately, Cassandra seems to be too in her head. The nerves hit her hard every week, especially this week. She’s following the trend of Willie, where she has a nice voice, but is picking such similar songs every week that her quirks and uniqueness are becoming stale. I enjoy her immensely (That lilt? Goosebumps!), but the confidence is just not there.  3.5 out of 5 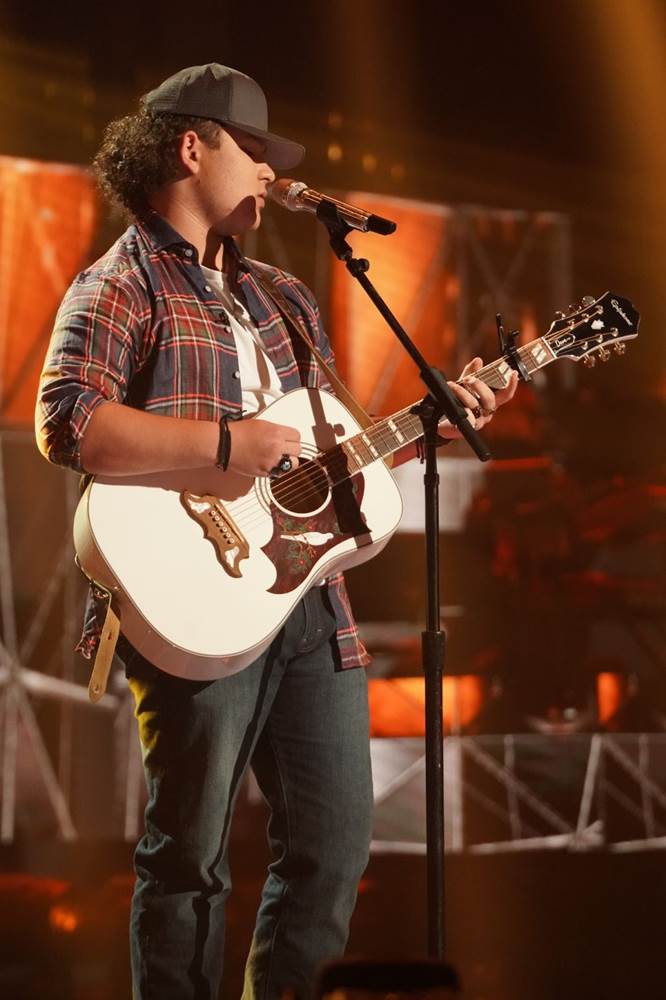 Caleb Kennedy – His continuation in this conversation is already not correct. His voice and abilities are not up to the standards of the rest of the contestants, especially since he has never strayed from the same song the entire competition. His grit overtook all nuance.  2 out of 5

Colin Jamieson – I continue to abstain from critiquing. His breathy delivery is too much.

Casey Bishop – She is too cool for me. If I walked by her at the mall, I would have to run away. She’s effortlessly herself. The performance was more subdued than her past performances, and yet, her force-of-nature talent was still in full view. How is she so rad? How is that humanly possible?!  5 out of 5

Madison Watkins – The song choice allowed for a clear arc and story to be told this performance. While the breathy chorus was a bit broken, the emotion was present and led to a powerful and impactful performance.  3.5 out of 5

Beane  – As a proud Beanie Baby (his groupie name, not mine), I breathed a huge sigh of relief as his name was called. His performance this week felt like a steady sprint. It gained momentum steadily and then was able to keep the pace the rest of the song. It wasn’t my favorite of his, but his stage presence is unmatched. Beanie Babies, we rise at dawn.  4 out of 5 Hunter Metts – Add him to the list of people who sound the same every single week. He does nothing different with his voice. Every song has sounded the same. Again, the songs have all sounded good, but just…the same. I’m getting a bit fed up, to be honest. I need a theme week to shake things up at this point.  3 out of 5

Ava August – Does Ava understand the references she’s singing about during her “2002” performance? This Disney-Channel-trying-to-be-serious-pop-star moment is not up to Ava’s standards and made me question why she made it through, even though her last week was solid. This wasn’t it, folks.  2.5 out of 5

Chayce Beckham – While he brings up memories of past winners Phillip Phillips and Nick Fradiani, Chayce is uniquely himself. His voice is gravely, yet smooth. His tone is clear. His performances are true. I can’t help but be on Chayce’s side, no matter what he performs.  4.5 out of 5

I have to be honest, I don’t think I’m disappointed in the contestants we lost tonight. Hannah Everhart looked visibly hurt by the elimination, which did sting, but on the whole, this Top 16 was pretty okay! We’re back tomorrow for the first live episode of the season. Until then, y’all know I’m voting for Beane.