Board Game Review: “Raya’s Journey: An Enchanted Forest Game” Based on Disney’s “Raya and the Last Dragon”

Kids and families can go on their own adventure through Kumandra with Ravenburger’s new Raya’s Journey: An Enchanted Forest Game based on Disney’s Raya and the Last Dragon. This overlay to a hit hidden treasure game based on fairytale characters ties into the Disney animated film by asking players to help Raya all of the allies she needs for her journey, including Sisu in both human and dragon forms. It’s a fun game that asks players to flex their memory recall skills to win the game. 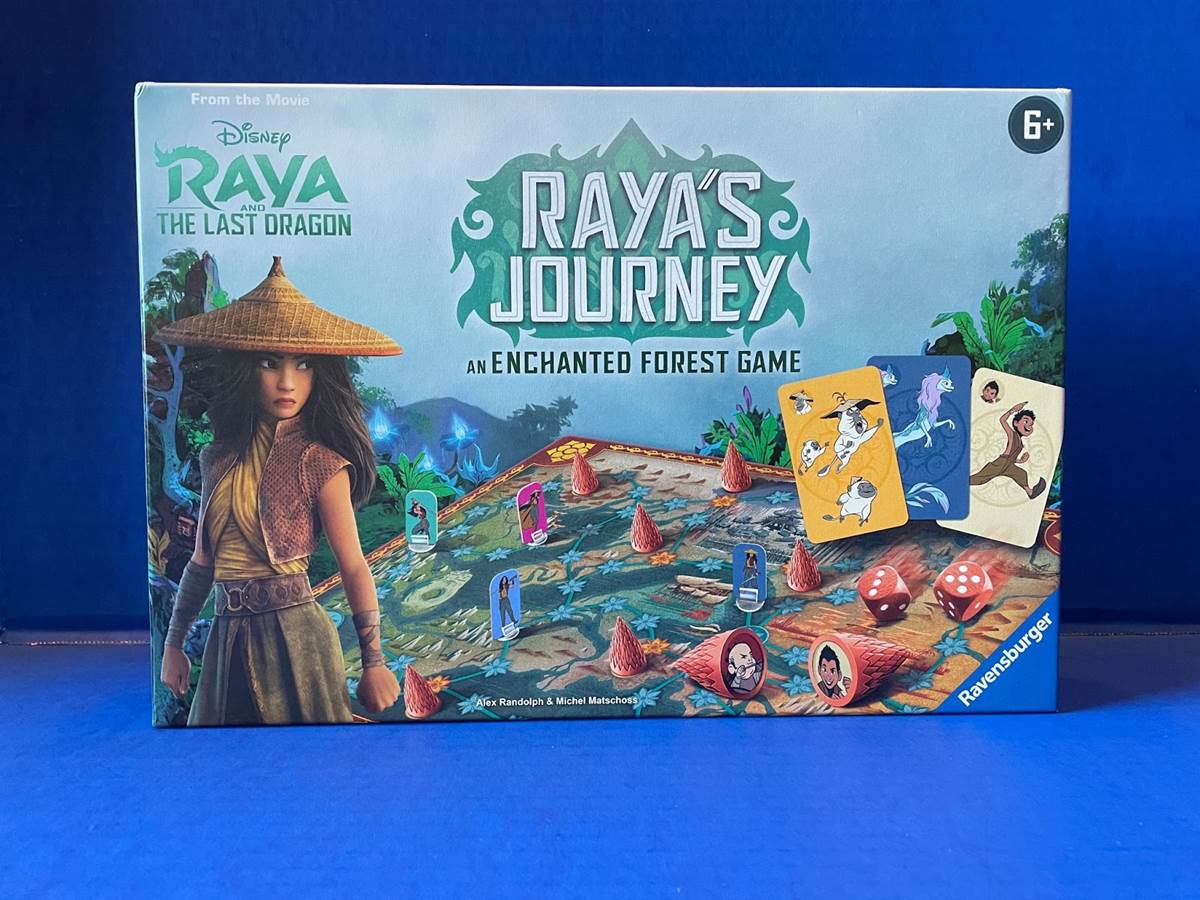 The game board depicts the map of Kumandra’s dragon-shaped river that Raya used in the film, with spots for decorative teak sculptures to be placed. There are 7 character cards which get drawn each round, with a matching face to the card under the teak sculptures. In order to take a secret peek under a sculpture, players have to land on the adjacent golden flower space, keeping what they saw a secret. When a character card has been placed face up and a player knows where they are, they have to be the first to the finish space to show that character’s teak sculpture to the other players, gaining that card in their collection. With 7 characters to find and up to 4 players in the game, the object is to have the most number of characters in your collection by the end of the game. Since the 7 sculptures remain on the board even after their card has been claimed, it can actually get quite challenging. The game also adds a math component by using two dice and giving players the option to combine the number or choose one, depending on where they want to land. There’s also the ability to be devious towards another player, with a rule that says if you land on an occupied space, you send that player back to start, moving them far away from the finishing spot they may have been heading towards. Because of the math and memory recall matching skills required, the game has a recommended age of 6 and up, although parents can certainly help younger children or amend the rules to fit their abilities. 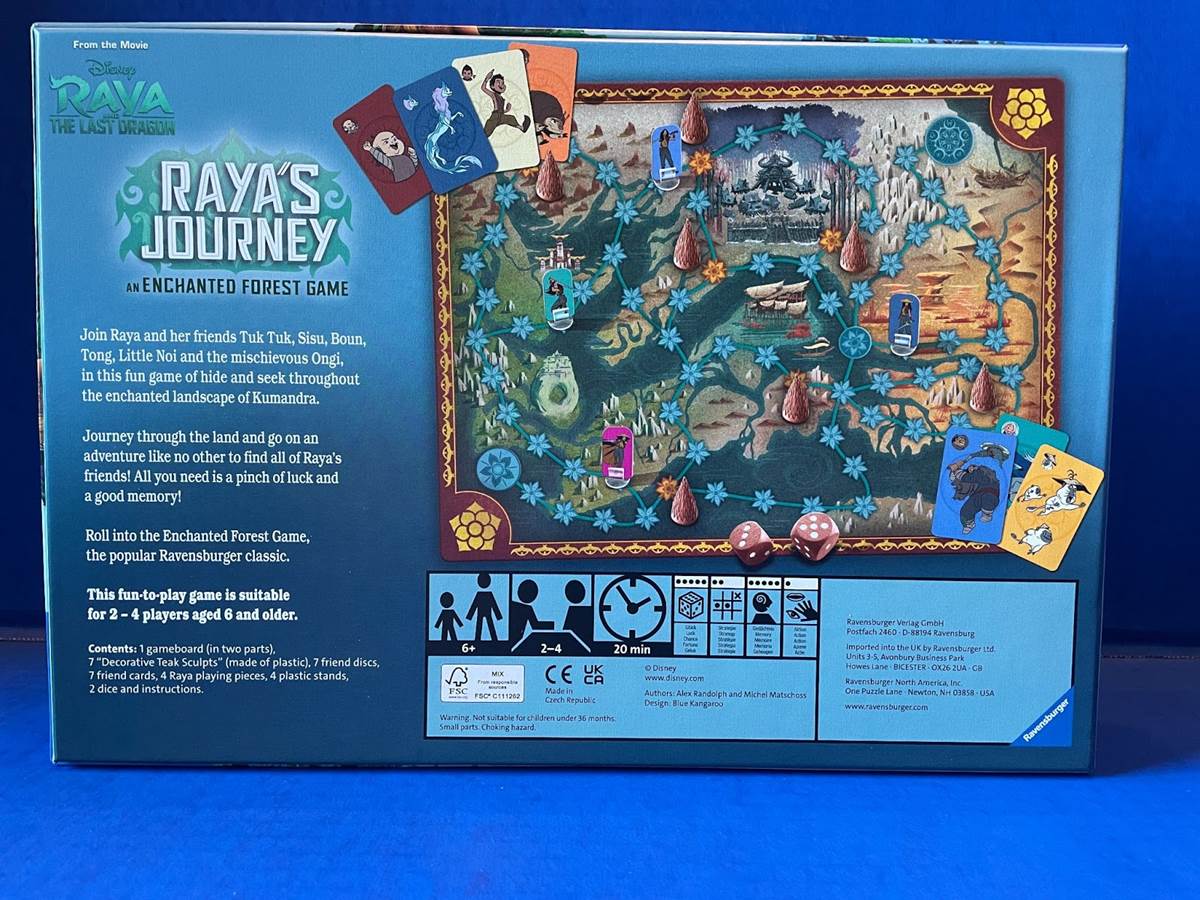 We had a lot of fun playing Raya’s Journey: An Enchanted Forest Game, which allows players to devise a strategy to try to win the game. It puts memory recall and math skills to the test in a fun way while also letting fans of Raya and the Last Dragon spend more time in the beautiful lands of Kumandra. 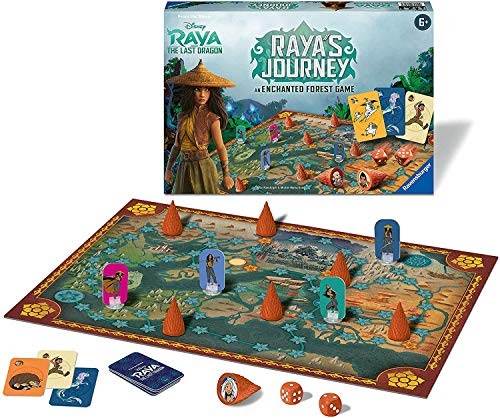