The UFC is back this week with two more top middleweight contenders looking to pick up a huge win. The best fighters in the world will once again descend upon the UFC APEX in Las Vegas for UFC Fight Night: Whittaker vs. Gastelum and fight fans can watch it all on ESPN.

After Marvin Vettori made a statement last week, two more top middleweights will throw their hats into the ring for the next title opportunity. Plus, a heavyweight legend will look to get back on the right track and two hard-hitting lightweights will look to do the same. 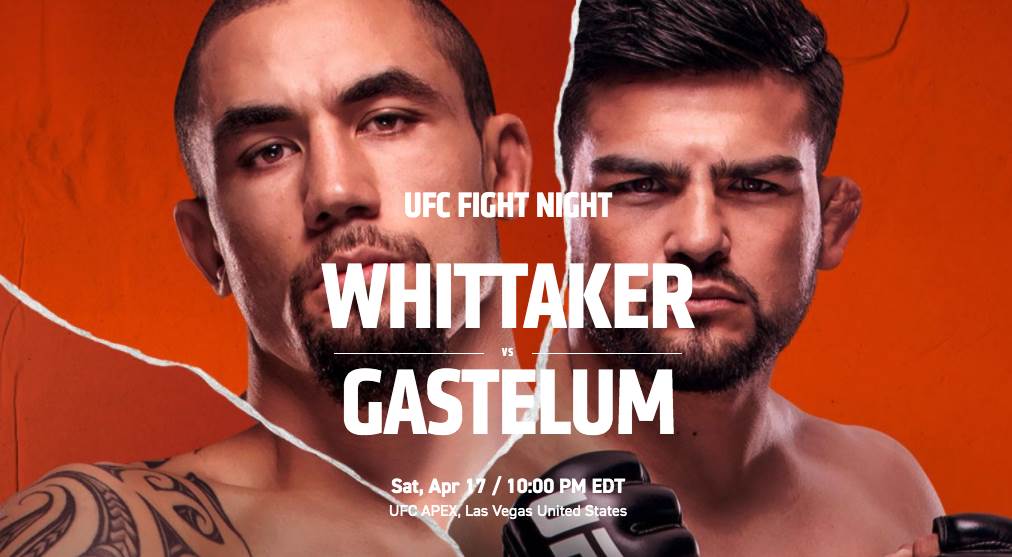 UFC or otherwise, professional fighting careers often don’t last all that long. Even some of the best in the world will finish up with about 20 fights under their belts. That’s why it’s so impressive that the 42-year-old Arlovski has competed 50 times over the past 22 years. The man is nothing short of a legend but he has struggled of late. He’s coming off of a submission loss in February and going back to 2016, he has just a 5-10 record. That doesn’t mean he’s not a dangerous opponent for Sherman. He can still put anyone to sleep with one shot.

And speaking of putting opponents to sleep, Sherman is known for doing just that. The 31-year-old comes in with 15 wins and 14 of them by knockout. This is his second run in the UFC, after going just 2-5 in his first stint a few years back. He got off to a better start this time around, with a knockout win last year. Win or lose, Sherman’s fights often end in knockouts as only three of his 21 bouts have ended differently. Don’t expect this one to go the distance.

Speaking of veterans in need of a win, Stephens hasn’t tasted victory since 2018, dropping his last four bouts. Granted, all of those were against some very stiff competition, including longtime featherweight champion Jose Aldo. Even with this recent stretch, Stephens comes in with a 28-18 record and 19 knockout victories. He’s one of the toughest and hardest-hitting fighters the UFC’s feather and lightweight divisions have ever seen.

Across the cage, the far-less-experienced Klose hasn’t struggled quite as much lately, but he is also coming off of a loss. The 33-year-old comes in with an 11-2 record and a promising career ahead of him. In order to keep that intact though, he’s going to need to get back in the win column. Both of these guys can stand and bang, which means this should be a very fun scrap. 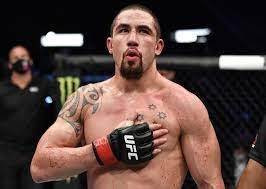 Of course, if you want a fun fight, look no further than this main event. Or rather, look no further than Whittaker. The guy just puts on one show after another and coming up against an opponent with as much potential as Gastelum, you know he’s going to want to show out tomorrow night. Gastelum on the other hand, will look to take things in a nother direction.

If you want to see an impressive UFC resume, Whittaker has one to offer. Overall, he comes into this bout with a record of 22-5, with nine knockouts and five submissions. However, Whittaker has lost just one fight since the middle of 2014, and that was against the dominant current middleweight champ Israel Adesanya. Since that loss, he has dominated top contenders like Darren Till and Jared Cannonier en route to once again becoming the top middleweight contender. And on top of all that, every fight this former middleweight champ is in has been an absolute delight to watch.

It’s a very different story for his opponent. From the beginning of his career, Gastelum has been looked at as someone with limitless potential. He exhibited that by winning his first 10 fights and looked well on his way to becoming a top star in the sport. Since then though, he has gone just 6-6, including losing three in a row before breaking that streak in February. Gastelum has taken to a much more grappling-heavy style and it has worked for him. He’s going to want to use that here to slow Whittaker down and wear him out. Otherwise, if Whittaker can keep Gastelum at range, it will be a short night for the underdog.

UFC Fight Night: Whittaker vs. Gastelum will be held Saturday, April 17 at 10 PM ET. Fight fans can watch live on ESPN and ESPN+.