National Geographic will premiere their new 4-part series Secrets of the Whales this Earth Day on Disney+. In celebration, the yellow border held a virtual premiere tonight that included a concert, an introduction, and a conversation with producer James Cameron and photographer Brian Skerry after the show. Here is a recap of this special event. 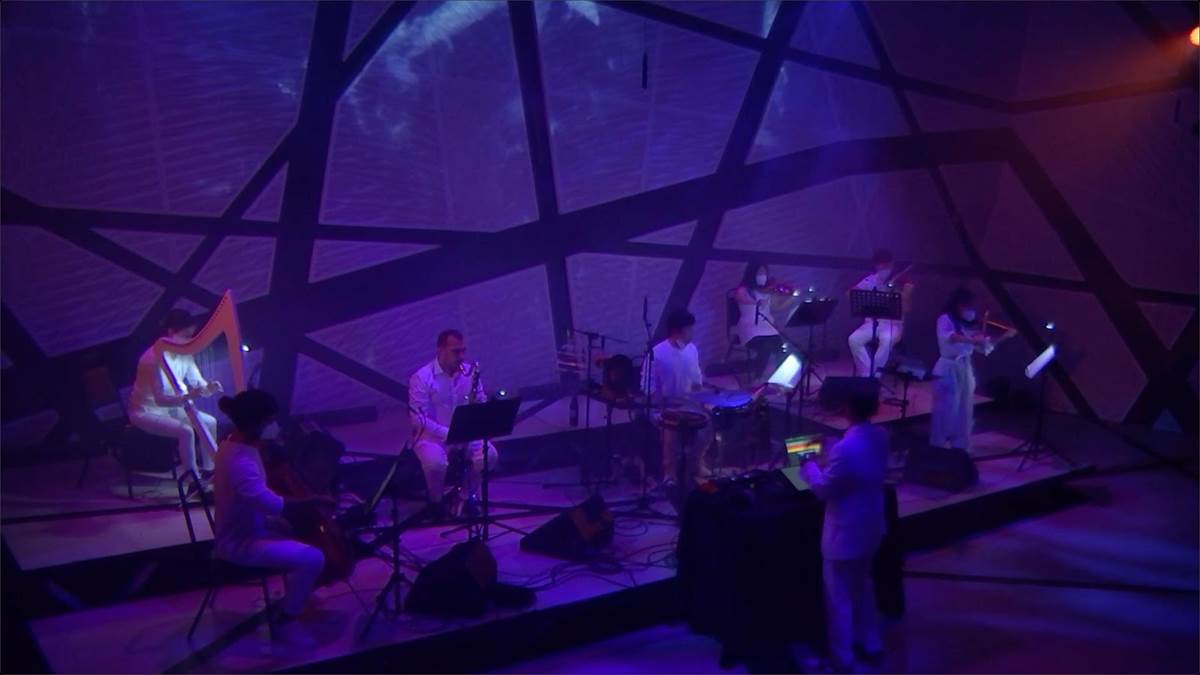 The evening began with a concert conducted by Ricardo Romaniero from National Sawdust in Brooklyn, NY, where footage from the series was projected on a domed background. It made it look like the orchestra was underwater as they played a suite of score by Raphaelle Thibault. Raphaelle also provided one of two introductions to the package of episodes. The other introduction came from Sigourney Weaver, who narrates the series and has a long history of working with James Cameron. After her introduction, attendees got to see a condensed version of all four episodes, skipping credits until the very end. What was left out was a wrap-up after each episode from James Cameron, which viewers will get to see on Disney+. 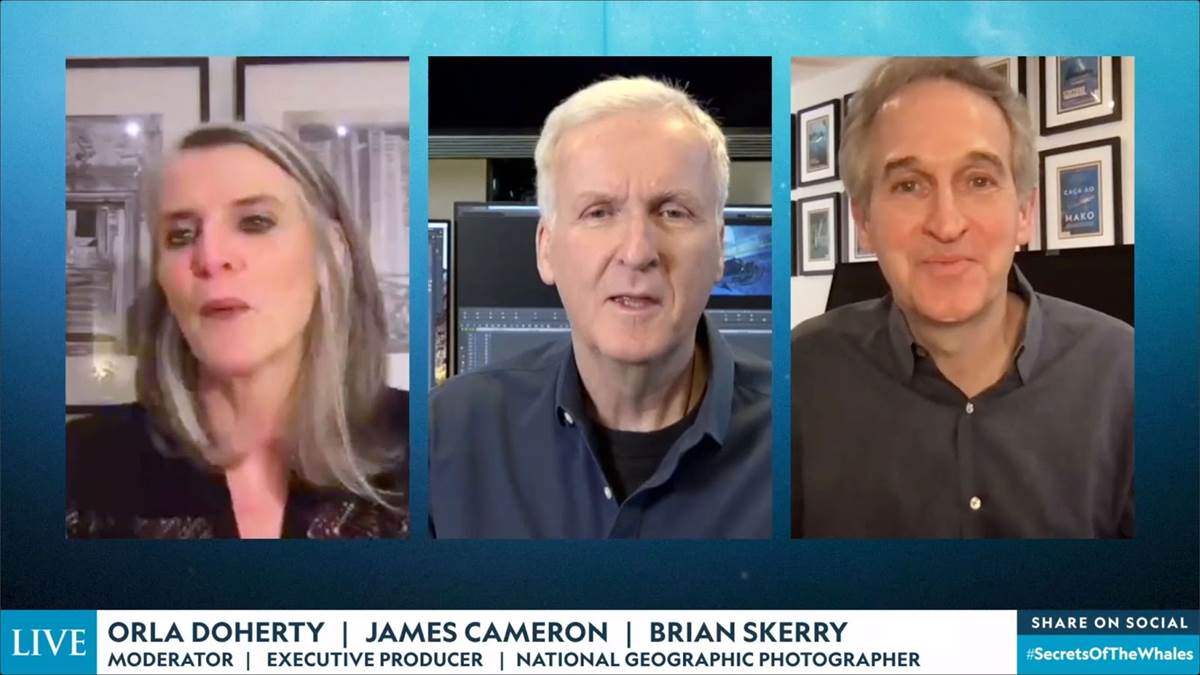 To conclude the event, a conversation with James Cameron and Brian Skerry was moderated by Orla Doherty. It was a replay of their same conversation from SXSW, although shortened for time and with a better themed background. I wrote a detailed recap at that event, which you can read here.