Many fans of the movie Soul have a lot of questions after the film ended. Joe got a second chance at life, 22 was on her way to Earth to begin her life on the planet. Where was she going? Would she meet Joe Gardner again? I was not that fan. I enjoyed the open-endedness. I enjoyed that we just see Joe Gardner walk out into the world and boom. Credits roll. When the new short film 22 Vs. Earth was announced, some fans might have been excited. Do we get to see them meet?! If you’re looking for any kind of answers, 22 Vs. Earth is not for you.

However, if you’re looking for a delightful romp in the Great Before that takes place before the events of Soul, then you’re in luck. 22 Vs. Earth doesn’t take itself as seriously as it’s source material and focuses on 22’s bitter attitude towards being sent to Earth. In the feature, Soul, Joe Gardner comes across 22 (Tina Fey), a soul that has no interest in going to Earth and has gone through mentor after mentor and settled on staying in The Great Before. She has seen everything Earth has to offer (thanks to the Hall of Everything) and has decided there is nothing down there for her, it’s not that great. 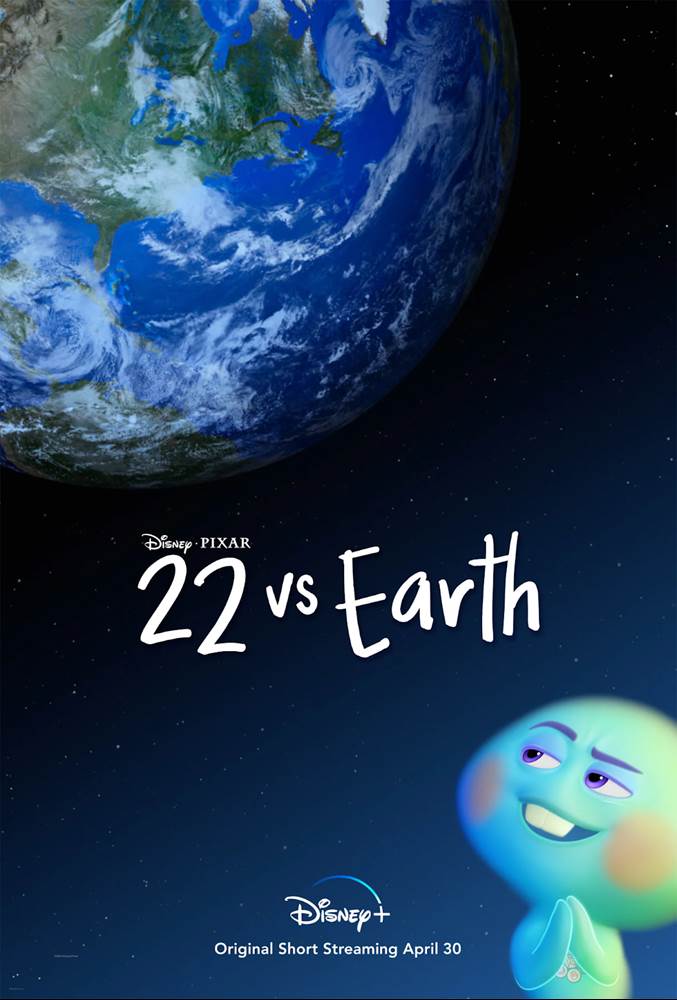 Aside from her distaste for Earth, in 22 Vs. Earth, she also blames the planet for stealing her friends. So, 22 rounds up a group of young souls that will help her ensure that souls would stop going to Earth. She gives her new team individual nicknames, but collectively, they are The A.P.O.C.A.L.Y.P.S.E. The young souls, as in the original film, are voiced by children which add to the comedic nature of the story. Much to her chagrin however, 22 finds herself giving the young souls their last bit of inspiration while trying to execute elaborate missions, and we see each of them get their Earth Pass under different, sometimes hilarious circumstances, before leaving 22 behind and heading off to that “stupid floating rock.” It also leaves us amusingly wondering…has each soul that became a criminal on Earth interacted with 22? And while the bulk of the adventures are fun too, I was also left wondering why they didn’t do more with the fun of 22’s interactions with her historical icon mentors.

Much of the team behind Soul has returned for 22 Vs. Earth, including Tina Fey as 22, Alice Braga and Richard Ayoade as the Counselor Jerrys, and music by Trent Reznor and Atticus Ross. As we are reminded in the first shots of the short, this takes place long before Joe Gardner, so we don’t have Jamie Foxx or Graham Norton as Moonwind (though one of the souls is confusingly named “MoonBEAM”), nor do we have any wonderful jazz from Jon Batiste. We do also get to see a bit more of the Great Before, including a bit more time in the Hall of Everything. Pixar fans who may have missed easter eggs in Soul might get a better view of them in this short, including some new ones,  especially two in particular for movie fans (watch the interview below!). The short does end with a bit of an open-ended situation as well, but more fun than the pondering caused by Soul, and was probably my favorite moment of the whole short. Directed by Pixar Veteran Kevin Nolting, and written by Toy Story 4 Director Josh Cooley, 22 Vs. Earth is nowhere near as deep and emotional as the original Soul, nor did they set out to be. They just took some favorite familiar characters (including my favorite, the counselors) and made a fun, laugh-out-loud journey through the Great Before.

You can watch our interview with Director Kevin Nolting below, and you can watch the new short 22 Vs. Earth on Disney+ on April 30th!