“I will find my way, I can go the distance, I'll be there someday, if I can be strong; I know every mile will be worth my while. I would go most anywhere to feel like I belong…”

Disney’s Hercules (courtesy of the power ballad also epically delivered by Michael Bolton) once sang these lyrics when he set out on his journey of self-discovery. Now, it's Meg’s turn, as she sets out to become a god in her own right. 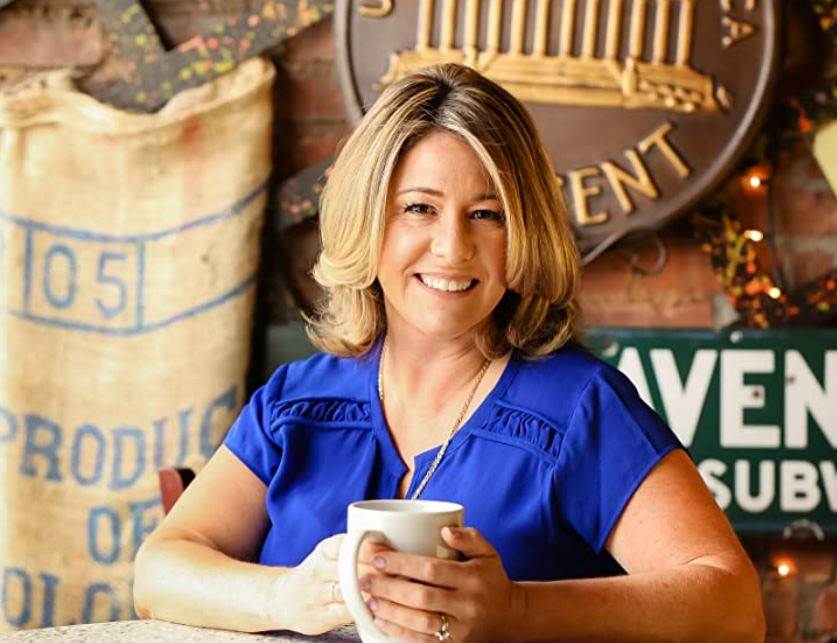 Talented author Jen Calonita’s latest Twisted Tale, Go The Distance, is based on this premise. Meg, however, does face different hurdles to Hercules. Where Hercules could aspire to being “there someday”, Meg has only ten days to prove herself worthy of being a god. While Hercules is striving to be where he belongs, Meg grapples with self-doubt and often is not quite sure where exactly she belongs or if the ultimate goal is within her reach.

Released just last month on April 6, Go The Distance showcases a truly heroic adventure that fans will not want to miss. Meg’s quest goes beyond simply becoming a god to be with Hercules, and rather challenges her to push herself to be the best that she can be, and then even better. What I particularly loved about this story beyond providing more of Meg’s backstory (I do love a good origin tale) is that we see Meg fail, learn and keep trying. It is a lesson that is often glossed over in stories we like to tell but is perhaps the most important for our own journey of self-discovery and self-worth.

I was delighted to chat to Jen and pick her brain about all things Twisted Tales, brainstorming and why Go The Distance is one of the highlights of her writing career to date.

Jen, thanks for chatting to us here at Laughing Place. We loved Go The Distance!

Jen: Hi! Thank you so much for having me! I’m so glad you liked this twist of Meg’s story.

You have now written three Twisted Tales so far: Mirror, Mirror based on Snow White and the Seven Dwarfs; Conceal, Don’t Feel based on Frozen; and now Go The Distance based on Hercules. What can you tell us about how your experience working on these three tales differed from one another, and from other novels you have written?

Jen: The fun thing about working on A Twisted Tale novel, is that I have excellent source material! I always start by rewatching the film over and over again and taking lots of notes as I try to figure out what the twist will be. For Go The Distance, I knew immediately what I wanted the twist to be. I figured Zeus wouldn’t want his boy staying on Earth after working so hard to become a god so forcing his hand, and having Hera step in to help Meg seemed like a natural progression of the story. And wow, did it help me come up with a lot of fun twists for Meg’s quest. But for every book I work on, I’d say the key to mapping out a character’s journey is outlining. I tend to start with a big storyboard that I fill with tons of post it notes with ideas and I just keep adding to the board till I feel like I have enough to work with. Once I do, then I get to work trying to figure out where all the pieces of the story fit and what I still need to round out the tale.

Had you seen Disney’s Hercules before this project? If so, what was it like revisiting it to write your book?

Jen: Absolutely! Hercules is actually my oldest child’s favorite and I can remember him being a preschooler and us driving in the car and him belting out “Go the Distance.” All we listened to in the car was Disney music soundtracks and he loved hearing Hercules’ tune and Meg’s over and over. Every time I get the chance to revisit a story for Disney, it’s a dream come true. I am a huge Disney fan and love exploring their stories and characters. 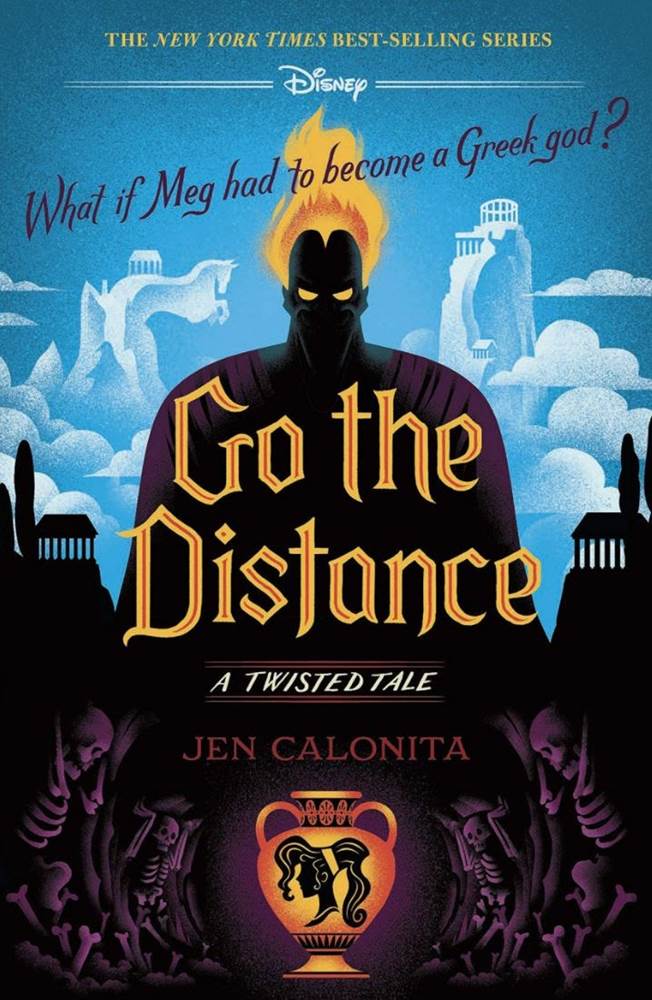 What are some of your favorite tidbits from Hercules that you chose to include in Go The Distance and why?

Jen: Well, no story would be complete without Hades, of course. He’s such a deliciously fun villain! He gets his own story here that I truly love. After that, you must have Phil and Pegasus and Wonder Boy himself. But this is truly Meg’s story and her quest so I sprinkled in pieces of Hercules and a lot of Greek mythology stories where I could.

Meg’s quest to become a god is quite different from Hercules’ quest. How did you strike the balance between 1) remaining true to the classic characters and general storyline we know from the film, and 2) making this story Meg’s own?

Jen: I’ll admit—I was nervous at first. Meg is such an iconic character, voiced by the great Susan Egan, and I wanted to hit just the right tone with her, while deepening her backstory. We don’t know a lot about her in Hercules, other than the fact she got stuck working for Hades after making a deal to save her boyfriend’s life. Who was that boyfriend? Why does she have such a jaded view of love? And where does that chip on her shoulder come from? Those are the things I wanted to figure out.

In addition to her quest, we also get Meg’s rich origin story in Go The Distance. Without giving too much away, what elements of Meg’s character were most important for you to explore in her origin story and why?

Jen: Her views on love. Meg’s had a lot of loss and heartbreak in her life and it’s shaped her world view. It’s why she struggles so much with her love for Wonder Boy. Is this relationship worth risking my life for? What does spending eternity with someone actually mean? I wanted readers to see Meg struggle as she tries to figure out the answers to these questions.

Who is your favorite character in Go The Distance and why?

Jen: Meg, of course! I’ve never written a character like her before. I love her sarcasm, her guts, her determination. That fire! It makes for such fun dialogue! And no story would be complete without Hades. Some of his scenes in the book are my favorite.

What resources beyond Hercules did you look to for inspiration for this story?

Jen: I actually bought a few giant Greek mythology books and marked them up cover to cover! I pulled from some of the 12 Labors of Hercules and gave some of the challenges to Meg, and then I added a bunch of familiar gods and creatures from Greek myths to round out the story.

What challenges did you face writing this book and what did you learn from them?

Jen: I am someone who hates writing first drafts! I agonize over every detail and find myself second-guessing everything. I have this story in my head and getting it down on paper feels impossible at times. What I enjoy most is revising. I like getting notes from my incredible editor and finding ways to make the story better.

What have been your favorite parts of writing Go The Distance and why?

Jen: I have loved mixing up a story I adore with fun Greek myths. I’ve never done anything like it before. My mom says it’s her favorite book I’ve ever written! It’s my mom, but she’s got lots of opinions on my books so I’m taking this as a win!

What do you ultimately hope readers get out of Go The Distance?

Jen: I hope Disney fans and fans of Hercules and Meg will love this twist on their story. Getting to write Go The Distance has been one of the highlights of my writing career.