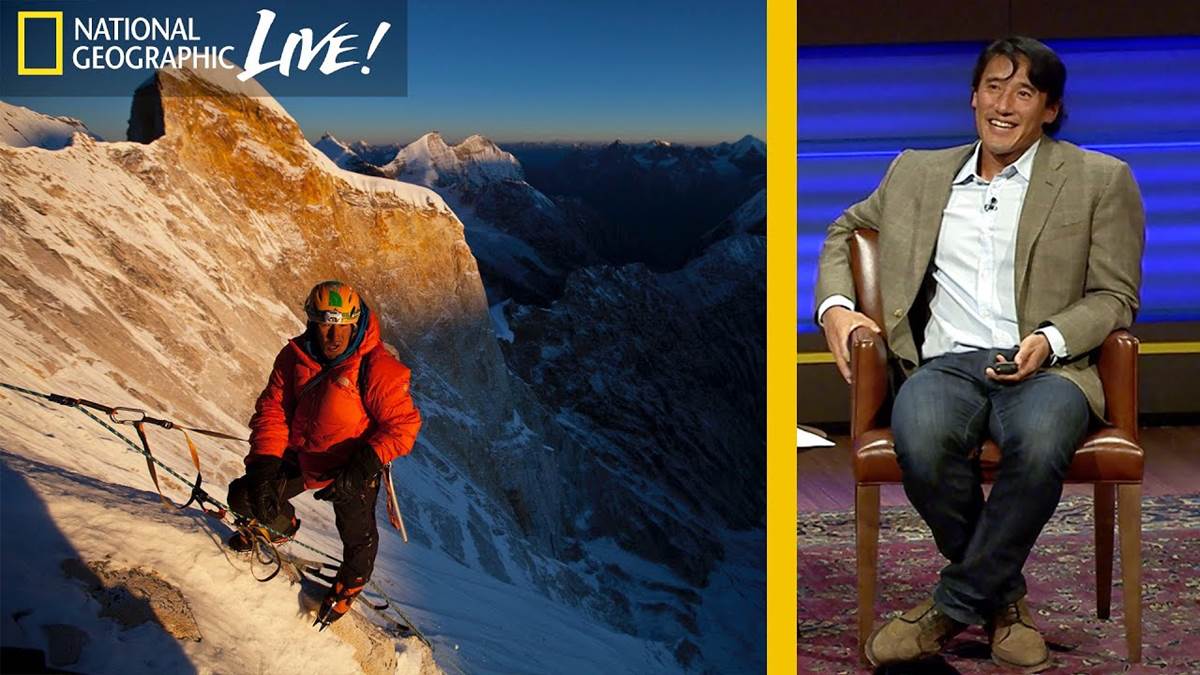 During the conversation, we learned that while Jimmy Chin had a decade’s worth of experience filming expeditions, he wasn’t planning on making a film when he climbed Meru. The conversation really began with Conrad Anker, Jimmy’s mentor and fellow climber on the trip. He was filming his journey for posterity, but wasn’t expecting it to be seen by the masses.

The group of climbers, which also included Renan Ozturak, had an initial setback when their journey to climb Meru started in 2008, requiring a second attempt several years later. Footage was collected between 2008 and 2011, resulting in 15-hours of footage that Jimmy began editing together.

Jimmy met his future wife in 2012 at a conference where he was speaking about climbing Meru. Afterwards, he showed her the edit he had been working on and she saw something special in the project. She soon found herself involved not only romantically with the climber, but also creatively with a documentary film project. Typically working with around 400 hours of footage on a documentary film, the limited number of shots presented a new challenge for Elizabeth Chai Vasarhelyi.

“You only shoot when you can, but the shooting should never hold up the climbing,” Jimmy shared about his approach to what he filmed and what he didn’t. In the final film, there’s just one sequence that was “Faked,” a scene involving an avalanche. Jimmy and his team did survive an avalanche on their climb, but with saving lives at the top of their mind, none of the team members caught any of it on film. For the documentary, Elizabeth solved the problem by hiring an avalanche expert to capture footage of another avalanche that could be edited into the story.

You can view both parts of the presentation below.

If you enjoyed this recap, be sure to visit nationalgeographic.com/events to see their upcoming schedule of offerings so you can take part in a future event.