Director Hao Zheng’s short film Dinner is Served is now streaming on Disney+ as part of Disney’s Launchpad. The program, designed to give artists from underrepresented backgrounds an opportunity to make their project, premiered its first batch of short films on May 28th. I had the opportunity to speak with Hao Zheng about the inspiration behind his film and why it’s so personal to him. 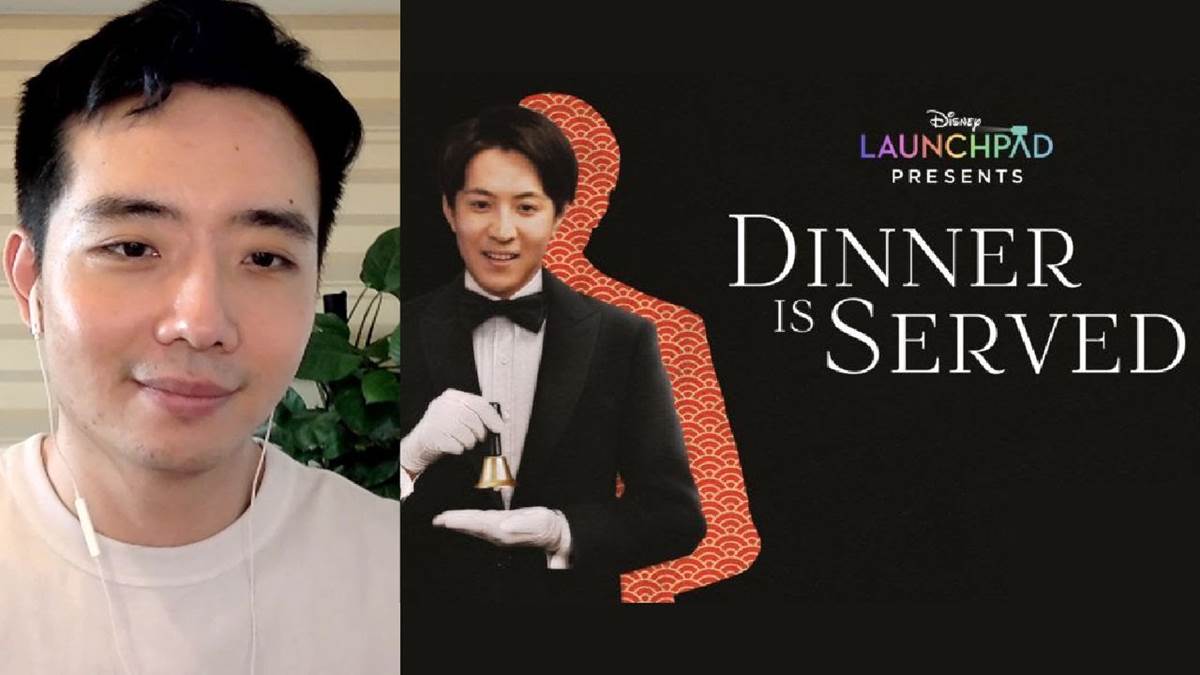 Alex: I was curious to know what was the inspiration behind Dinner is Served?

Hao Zheng: Dinner is Served is based on my own experience. When I first moved to the U.S. when I was 15 to attend high school, where I was desperately trying to be seen by those people. And because they all already knew each other at a school, but to them, I'm a total stranger. So, the perfect position for me to apply for is that Maître d' role in the dining room. The Maître d' is literally the spotlight. So, I decided to apply for that without knowing how difficult it would be trying to memorize 30 tables of people's names and pronounce everything right. And I did sing that final song. Well, not the exact song, but then I did sing a song in Mandarin Chinese, and that's probably the most awkward experience in my life. But in that moment, during that moment, I felt really, really happy that I don't care whether I will get the position or not.

Alex: And speaking of that song, because that is a big, powerful moment at the end of the short, I was wondering if you can tell us about its meaning. The lyric translation was, "The island is dead with no soul, you don't have to stay." I'm curious to know what were the lyrics that you were conveying in the original song that you sang in real life, and what was the meaning of these lyrics for the character in the short?

Hao Zheng: So for me, you can have different interpretations of the lyrics, but for us, what we want people to understand is how sometimes you will feel lonely, how sometimes you will feel powerless when you're trying to find your own voice and raise your own voice, let alone trying to raise it right, raise your own voice. So, that song, especially we decided to use like rock and element song because it's so different from the disciplined world, or like the "normal" world that our character is in. So for us, I think empowering your own voice and owning your own self, really takes a lot of courage and sometimes even rebellious action like this song. So, for us, that's what we hope the audience will take away.

Alex: In the film, Xiaoyu is determined to not be stereotyped, not let anyone box him into a vision of what they perceive a Chinese international student to be. Why do you think he wants that so much? And if it's personal, why was that important to you in your own experience?

Hao Zheng: For me, when I first came to the states, I think a lot of us who are moving to a new… accompany different space, different worlds, the first thing you wanted to do is to fit in and to assimilate. But then slowly you started to realize that there are so, so many differences. And then there comes to a choice whether you will try to hide those differences and try to erase those away and try to be normal or staying as others, or to embrace yourself. And it takes a lot of courage and it takes a process. And so for me, that is what I wanted to explore in this film. Sometimes in the beginning, you're giving yourself a box, and in order to break that, you need to recognize the box and you need to first accept yourself first.

Alex: Perfect. Thank you so much, Hao, and congratulations again on the film. Everyone, you can check out Dinner is Served on Disney+, part of the Disney Launchpad program.

Dinner is Served is now streaming on Disney+ along with five additional Disney Launchpad short films. You can watch the full interview with Hao Zheng below.