Children’s Book Review: “I’m On It! An Elephant & Piggie Like Reading Book!”

Mimicry is a big part of a child’s development and can often be good for their social-emotional development. But sometimes it leads to tears, especially when they’re trying to match an older child’s skills and abilities that they don’t have yet. In I’m On It! An Elephant & Piggie Like Reading Book!, kids will be able to empathize with the silly story while also sharpening their preposition skills. 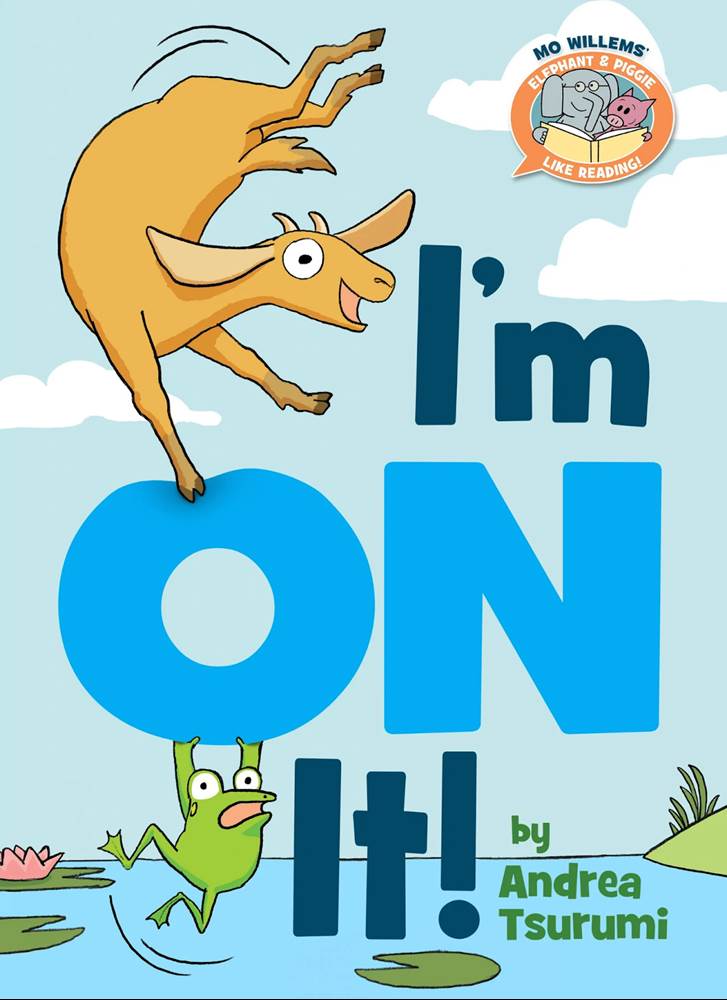 Goat and Frog are friends, with Goat living along the banks of the pond that Frog calls home. Goat grabs the attention of Frog, showing how he’s standing on a rock, proclaiming “I’m on it!” Frog jumps on a rock in the pond, trying to mimic Goat’s action. But as Goat adds more things, becoming on, under, beside, near and far from objects, Frog finds the game increasingly more challenging to play.

Andrea Tsurumi provides the story and illustrations for this fun tale set in the world of Mo Willems’ popular Elephant & Piggie series. With Willems’ signature large speech bubbles, early readers will be able to experience this book for themselves, while parents will have no problem incorporating it into storytime or an at-home reading lesson. The illustrations are fun for kids, with wild facial expressions from Goat and Frog and silly objects that get pulled in. Goat almost always grabs man-made tools for his one-ups, while Frog reaches for whatever is in his pond.

Like the Elephant & Piggie books, I’m On It! is fun for kids and parents. When kids get frustrated about not being able to do things like an older sibling or friend, the story can also become a talking point because Goat and Frog have different abilities, no matter how hard Frog tries to match what Goat is doing. 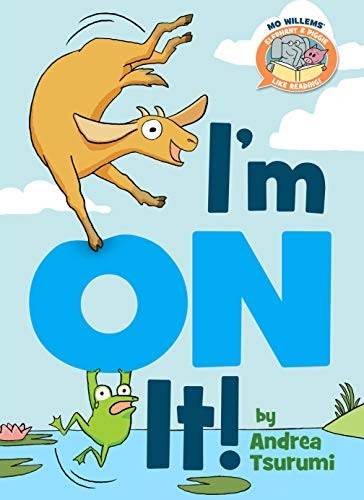