Longtime ESPN Sportscenter host Sage Steele joins the ESPN+ lineup with Up Close, a program familiar to longtime ESPN viewers that was hosted in the 80 and 90s by Roy Firestone. Up Close lets us see a more personal side to the athlete, including their upbringing, and discover more about them beyond the in-game persona. Disney fans may even remember that the former Up Close was filmed at the ESPN Zone in Downtown Disney, Anaheim. 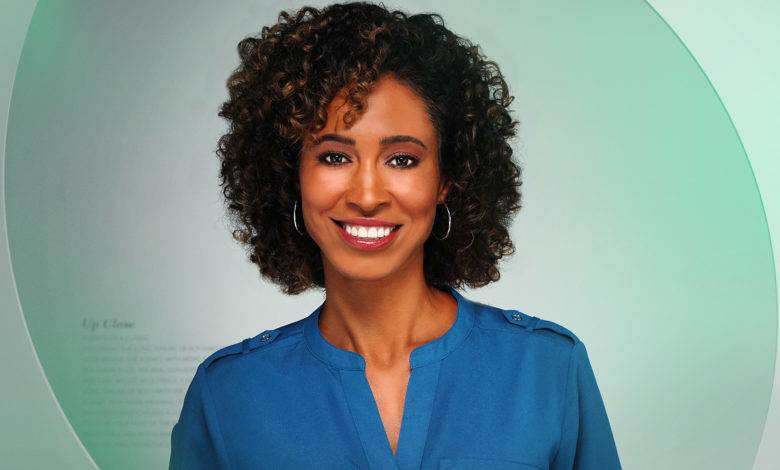 In discussing the development of the show’s return on ESPN+ Sage Steele recalled, “Since I was a little girl, I have been fascinated with what I call ‘the human side’ of athletes. As amazing as they are at their sport, I want to know who they are as people, not just athletes,” said Steele. “As we discussed the vision for an interview show I could host, our executive producer Andy Tennant suggested this was an opportunity to reimagine Up Close, the popular interview show Roy Firestone originally hosted on ESPN in the 80s and 90s. All I could do was smile. What an honor it is to sit in Roy’s chair, some 30 years after Up Close originally debuted! I’m very excited to once again bring the biggest athletes in sports to the forefront in a way that only a one-on-one interview can do.”

The newly realized Up Close debuted on June 29th with Dallas Cowboys quarterback Dak Prescott and Sage Steele not in a traditional TV studio setting but in an environment closer to the casual lounge of a hotel. During her interview with Prescott, they discussed family, the impact of depression, his organization Faith, Fight, Finish, and how the gratitude his faith provides impacted the recovery process following his injury last year.

A favorite moment came as Steele discussed Prescott’s beloved mother who passed away from cancer early in his college football career. In praising him for the adversity he has overcome she asked how his mom would view her baby boy. Prescott paused a bit, choked up, looked off into the distance and with a bit of a smile responded to her, “There it is. You got it” before taking a breath and answering.

But, as the wife of a black man and mother to a child of color, I’m extremely grateful that Steele and Prescott took a moment during this time where a lot of political rhetoric focuses on the differences between us, to highlight the unique challenges that this environment can bring to biracial children. In response to Steele’s question about the pressures to conform to societal norms based on his racial appearance, Prescott explained, “I’m the biggest believer that you don’t have to live in any box. Period. We [referencing that both he and Steele are biracial] don’t have to live in the same box because we are biracial… We have to be ourselves each and every day…My mom made sure I spent time with both sides of the family. Made sure I knew who I was.”

As always, ESPN’s Sage Steele brings a fascinated joy to her interview. While Up Close isn’t a confrontational program, Steele is uncovering areas of a personal nature and she is excellent at creating a welcoming environment allowing the athlete to be more vulnerable.