How do I know that Disney Television Animation’s new Disney+ original series Monsters at Work is going to be a big deal? Because there are already toys and the show doesn’t debut until July 7th! Welcoming viewers back to Monstropolis, Mike Wazowski and Sulley are back along with brand-new characters. Given to me as a gift while attending the Monsters at Work Laffateria takeover of Lemonade, these poseable action figures are released by Mattel. 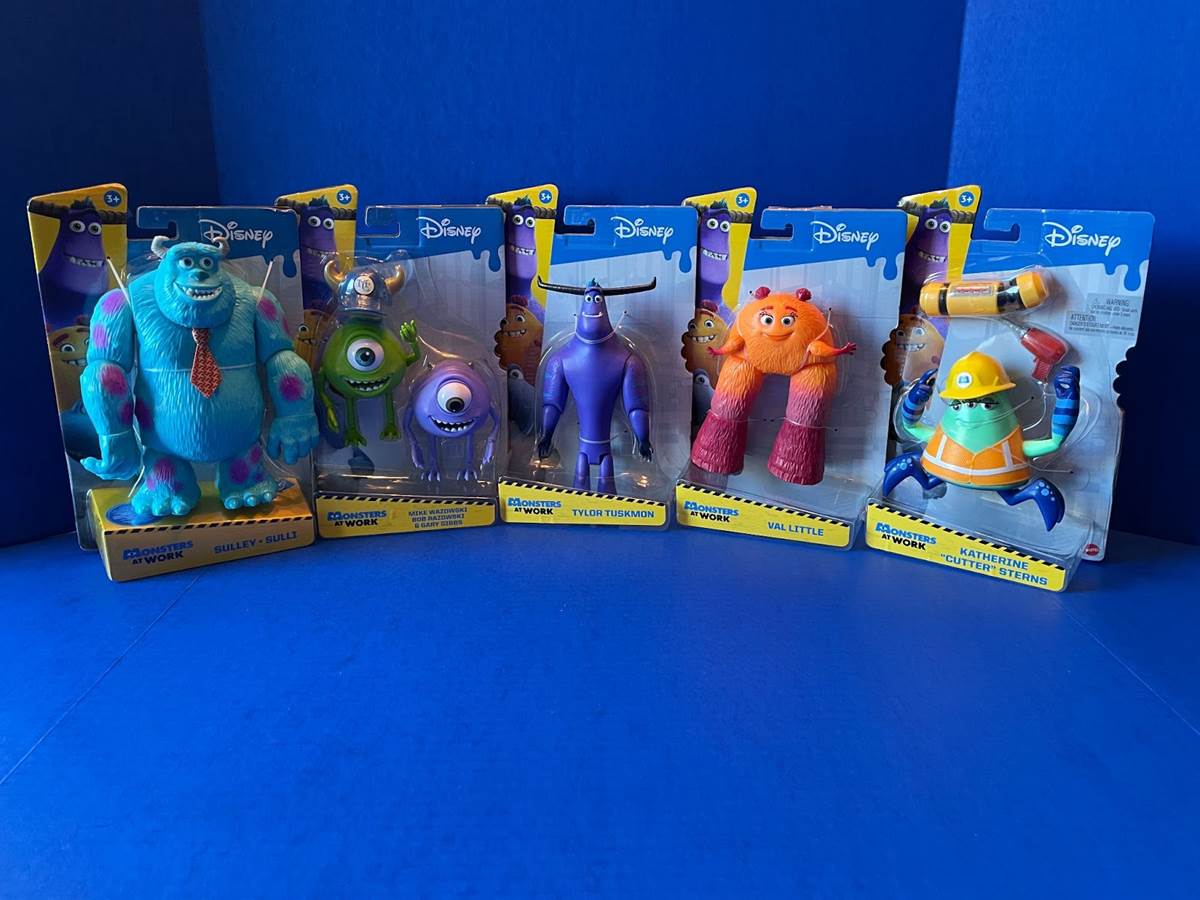 Instantly recognizable are Sulley and Mike Wazowski, the latter including a new character named Gary Gibbs. Mike comes with a hardhat accessory with “MC” written on it, with the “C” presumably representing “Comedy,” as laughter is the new energy source for Monstropolis in the series. 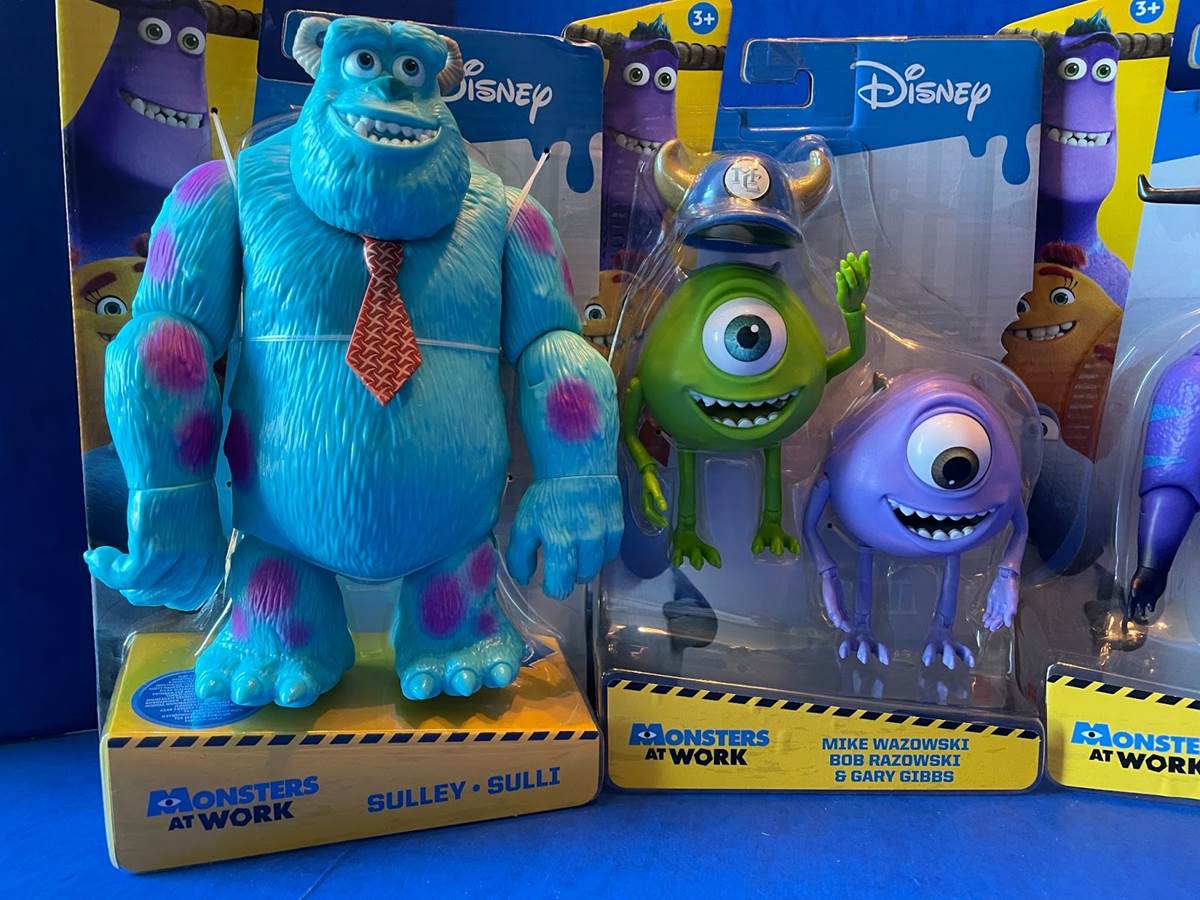 Tyler Tuskmon is the main character of Monsters at Work and two of his MIFT (Monsters, Inc. Facilities Team) colleagues, Val Little and Katherine Sterns, aka Cutter. The latter includes two accessories, a broken energy canister and a drill. 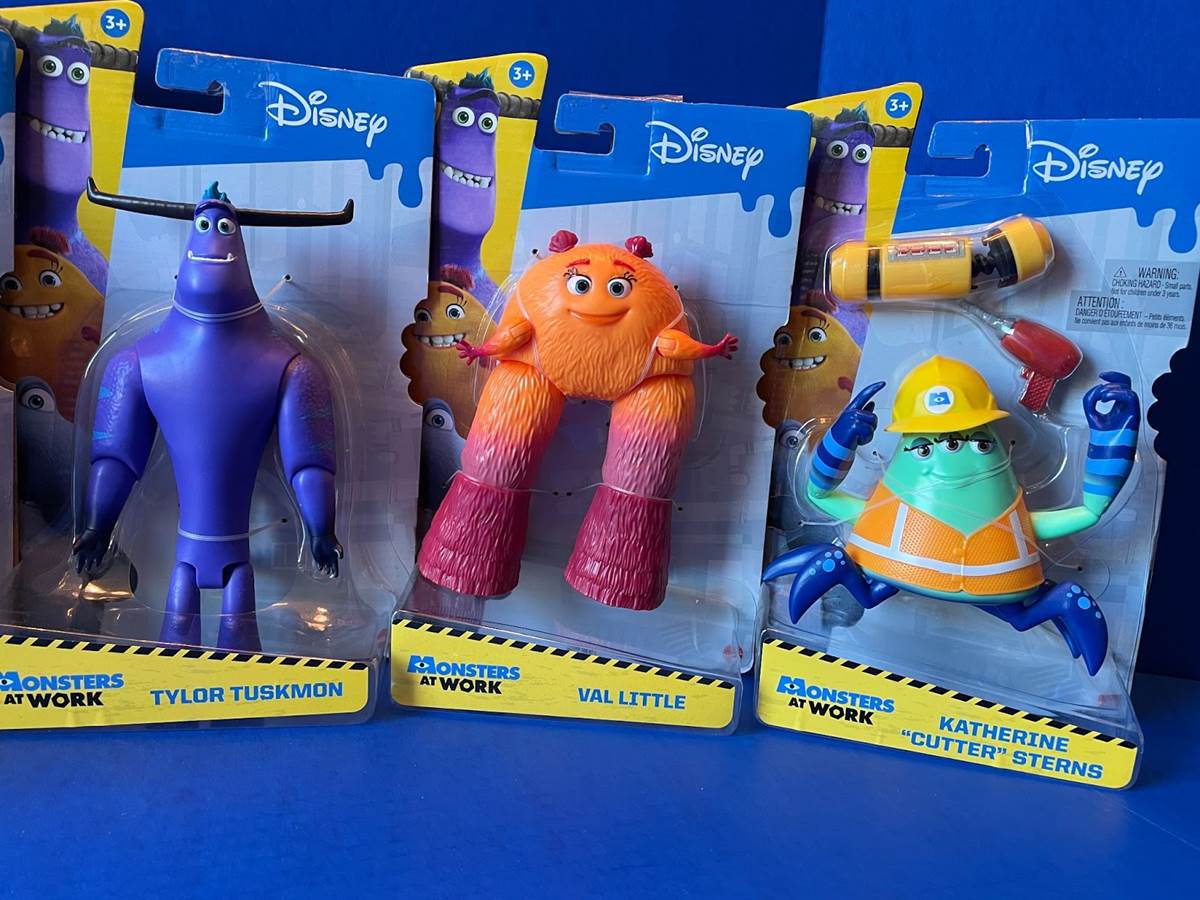 The cardboard packaging has a bite taken out of the side and the back of the boxes showcase all of the characters available in the toy line. There are six in total and the only one I didn’t receive is Duncan P. Anderson, Tyler Tuskmon’s nemesis. 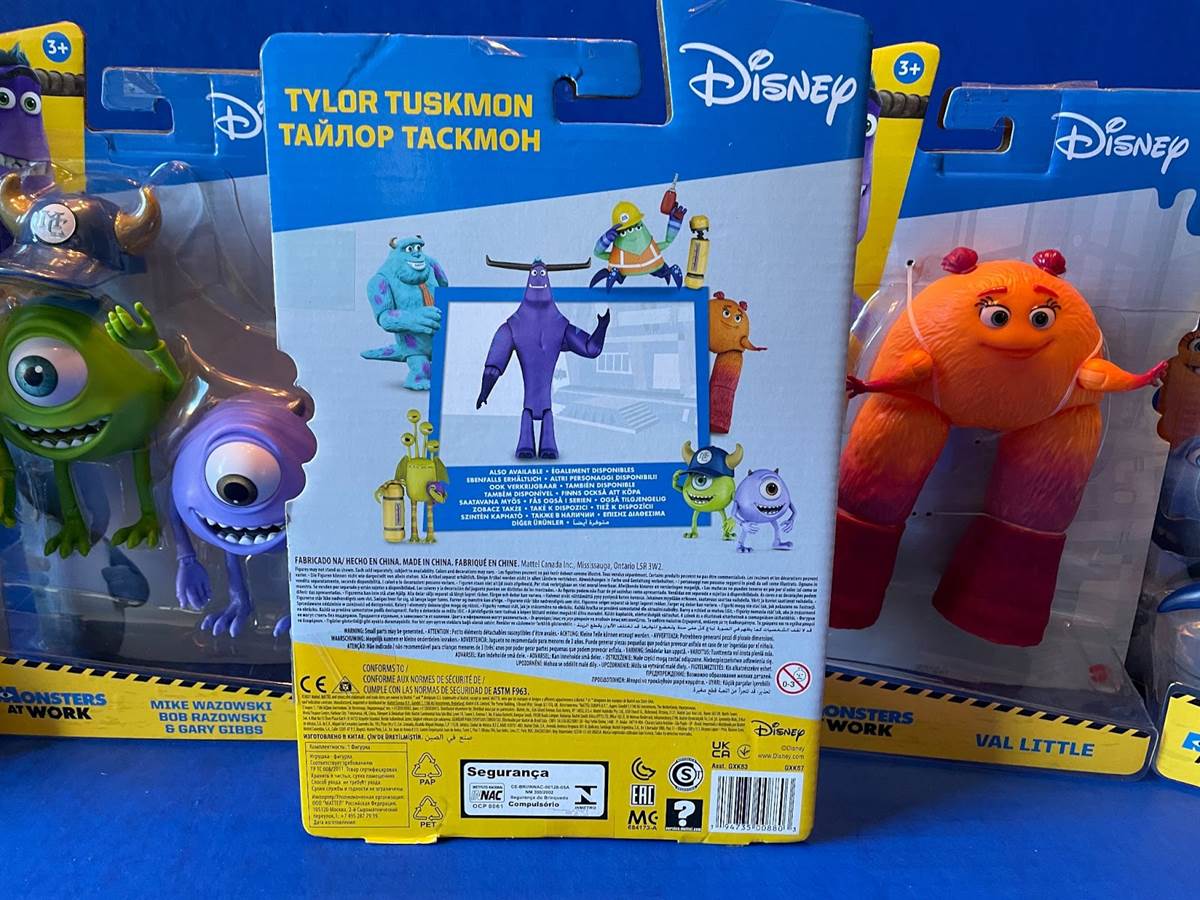 All of the toys are easy to remove from the packaging by snipping plastic straps with scissors. They each have varying degrees of poseability, with Cutter offering the most limited range of motion (joints on her four legs and arms). Characters like Tyler and Sulley are so big that putting them into a sitting position is a challenge, but they have quite a bit of flexibility in the arms. 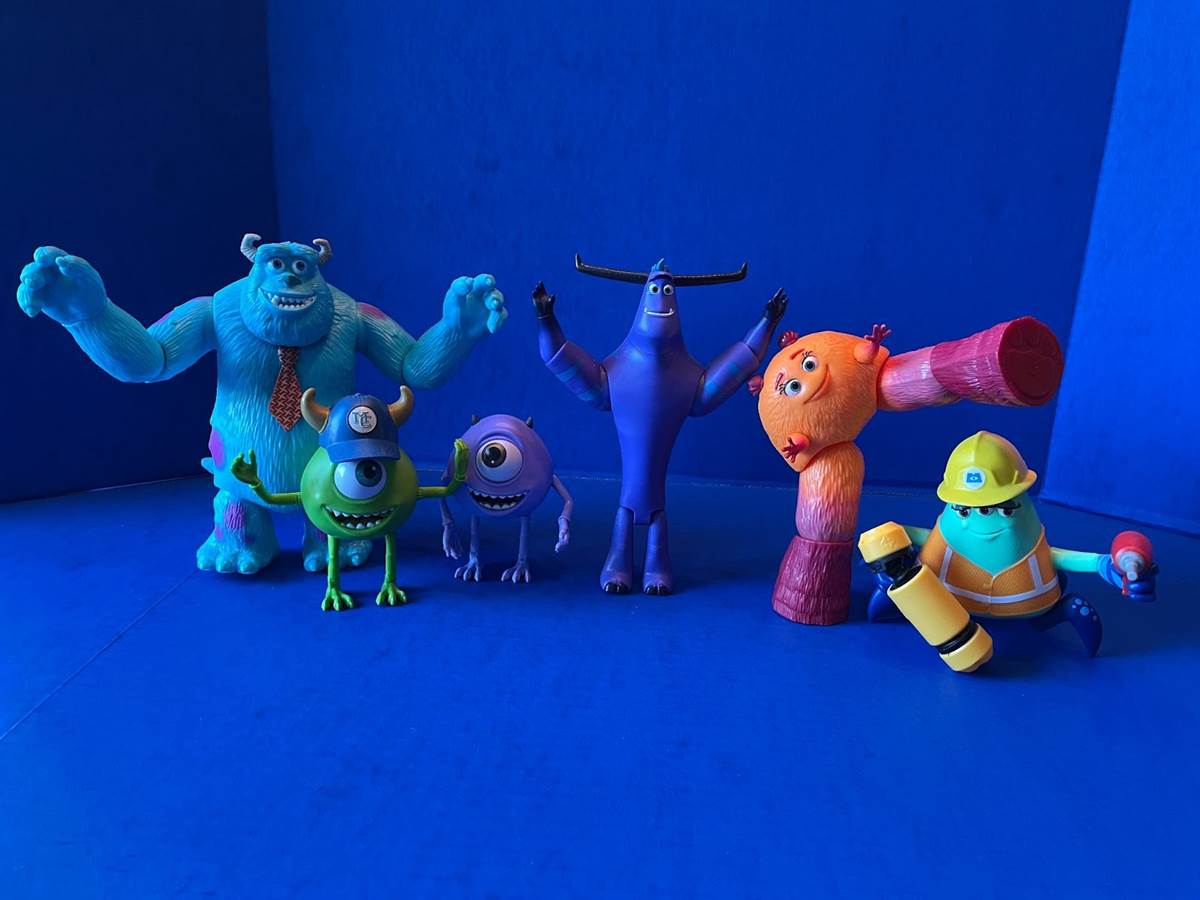 Val Little, who is the same type of Monster as Art from Monsters University, has legs that can bend at what would be the hips and knees, if she even has those. Her little arms can also be posed in different ways. Another delightful surprise is that Mike’s and Gary’s eyes can rotate by touching them with your finger, making it easy to have them look in any direction you’d like. 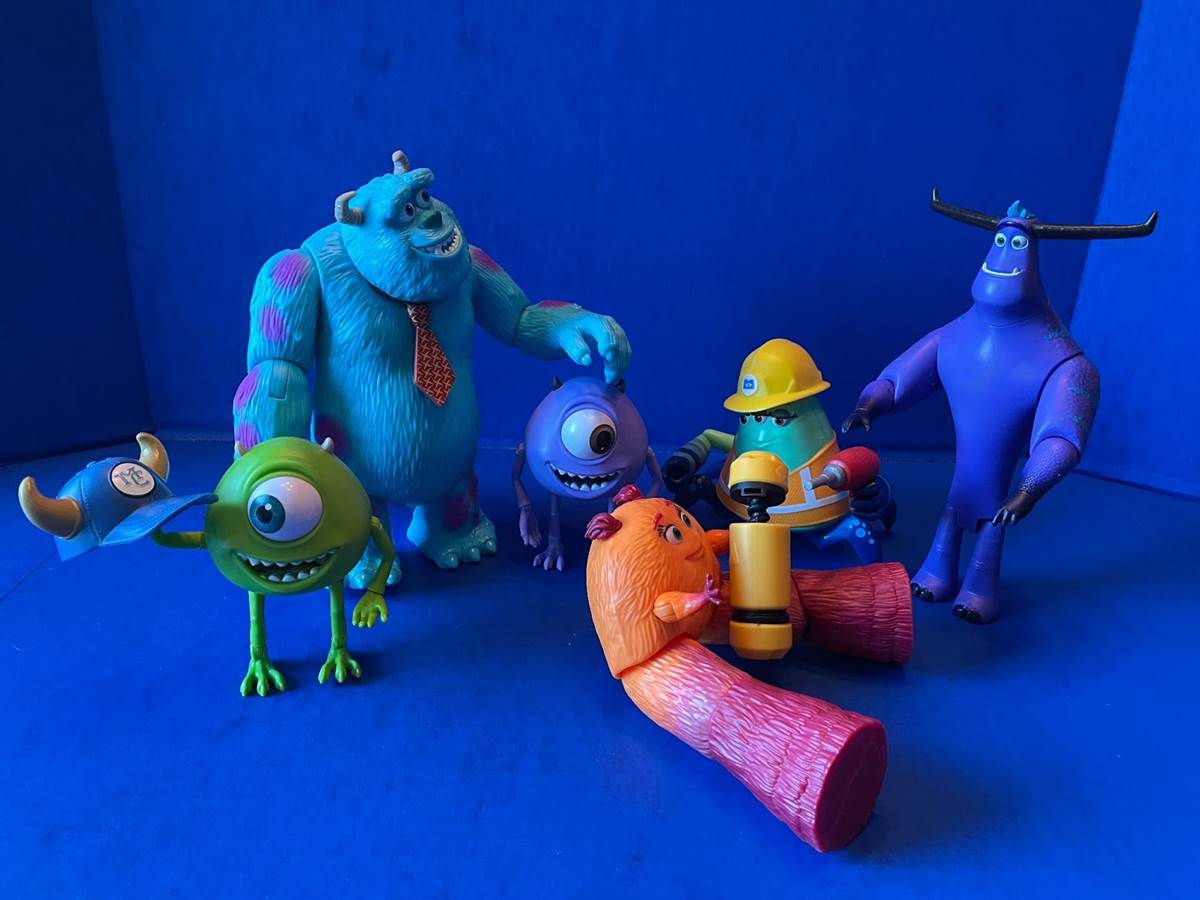 I almost missed that Sulley has a tail, which is packaged separately in his box. It’s not easily visible from the outside, but it’s stored in a cardboard base under the figure. Hopefully you realize that there’s a hole in his back where it plugs in before you discard the packaging and it pops in easily without having to exert much physical effort. 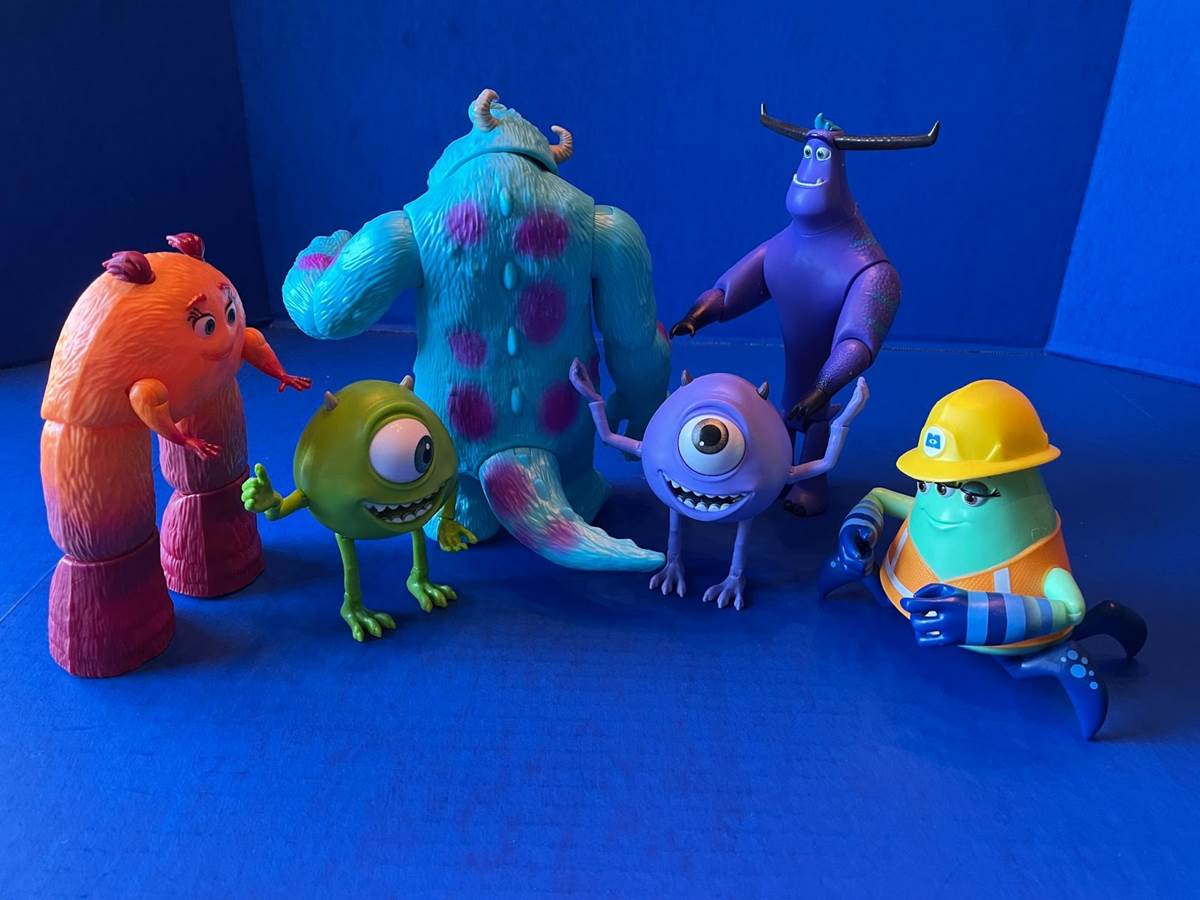 Kids are going to fall in love with Monsters at Work, especially if they’re already fans of Monsters, Inc. and Monsters University. The show carries on the fun of both films and with these Mattel action figures, kids can literally bring Monstropolis home.

Each figure retails for $9.99 and are available now in advance of the show’s debut on July 7th. 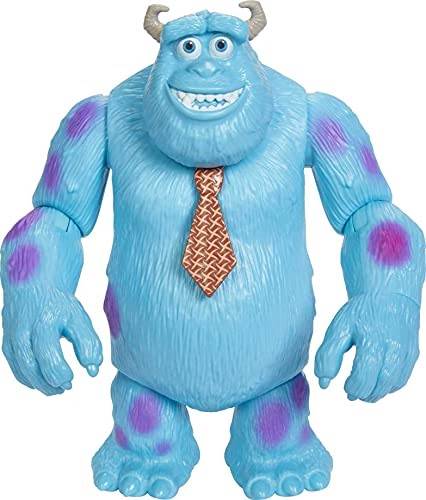 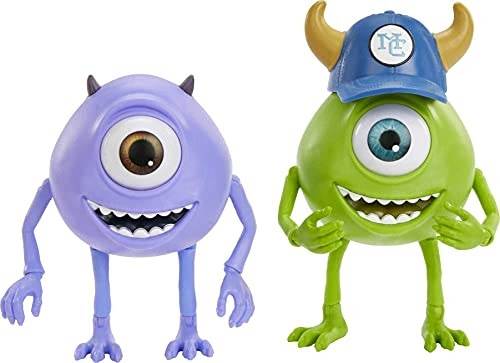 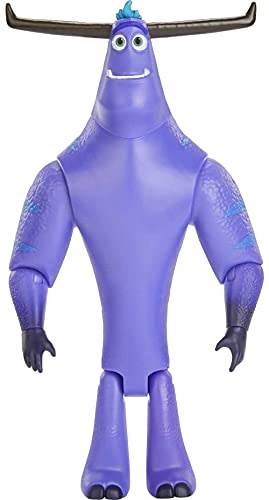 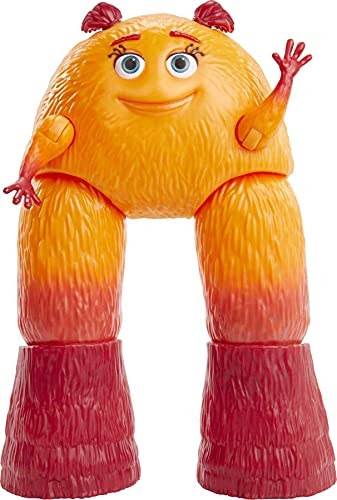 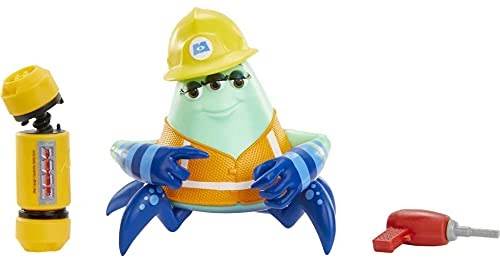 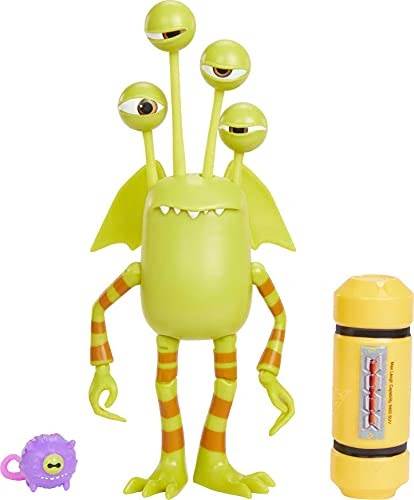