July 4th is a time to celebrate. What better way to ring in Independence Day than by watching a stirring patriotic film like The Alamo! 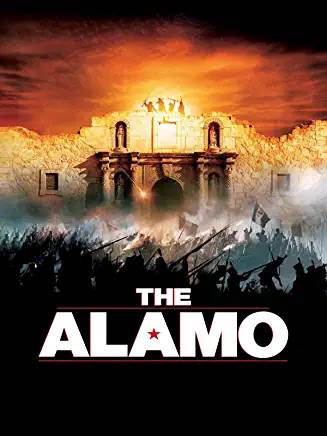 Disney has stepped into the universe of Davy Crockett before with the successful Fess Parker movies of the 1950’s, but this new version of the legendary frontiersman and the war between Texas and Mexico is about to get an update.

It’s 1836 and the fight for independence from Mexico is raging in Texas. A combined force of American settlers and local Texicans are battling against a massive army led by General Santa Anna.

The Texan force is led by Sam Houston, and he needs help. An attempt to sway fellow Americans to head west and move to Texas is a failure. One notable American, David Crockett who is interested in the opportunity that Texas offers, arrives at the Alamo only to find the promises made by Houston to be a pipe dream.

The fighting is far from over, and soon Crockett, Jim Bowie, and Col. William Travis are leading a ragtag force of holdouts at the Alamo in San Antonio, while General Santa Anna surrounds them with thousands of soldiers. Fighting is fierce and the Alamo falls, but what Sam Houston does in the ashes of the Alamo will decide if Texas will be free.

An epic film needs an epic budget and as you watch The Alamo you can see the money being spent everywhere. You can’t shoot on location with the real Alamo because it is in downtown San Antonio, so a set was needed. I appreciated and enjoyed the vastness of the story and that money was spent to make the film look as grand as possible.

Billy Bob Thornton is perfect as David Crockett. I like how in this film Crockett is a subdued character. The legend of Davy Crockett proceeds David Crockett everywhere, and Thornton takes small moments of the film to show how difficult it can be to live up to the legend that precedes you. Thornton does get to show the heroic moments, especially his leadership at the Alamo, but the portrayal is certainly different from what Fess Parker or John Wayne gave viewers.

Historical films tend to play with the reality of a true story but in The Alamo we see a lot of ‘truth’ to the people from the time. The David Crockett we see in this movie seems more real than any other portrayal. Jim Bowie who was celebrated for his knife is shown to be a more down to earth figure with his wife, but also a slave owner. We didn’t see that in the Fess Parker edition. The casting of this movie and the supporting actors reflect the diversity of the people living in Texas and fighting at the Alamo.

If historical epics are not a favorite of yours, then you will want to skip The Alamo.

The film is called The Alamo but the movie covers so much more than just the thirteen day battle at the San Antonio mission. The final battle at the Alamo is anti-climactic because it is not the end of the film. The movie suffers from having two separate endings, the last battle at the Alamo and the Battle of San Jacinto where Houston and his force defeat Santa Anna.

The Alamo gets a 3 Golden Popcorn Bucket Award. While the film portrays a diverse cast and brings more humanity to legendary characters than previous screen outings, The Alamo has some faults but swung for the fences in trying to bring to life the epic historical battle.

Next week sees the release of the MCU’s long delayed Black Widow. What better time than to revisit another Disney comic book film, Unbreakable.