In the premiere episode of this new series, titled “Football vs. Futbol,” soccer legend Abby Wambach takes this new concept to Peyton Manning and decides to introduce his football audience to soccer. She also decides to challenge him to a little friendly competition before taking some hosting tips from the NFL legend. 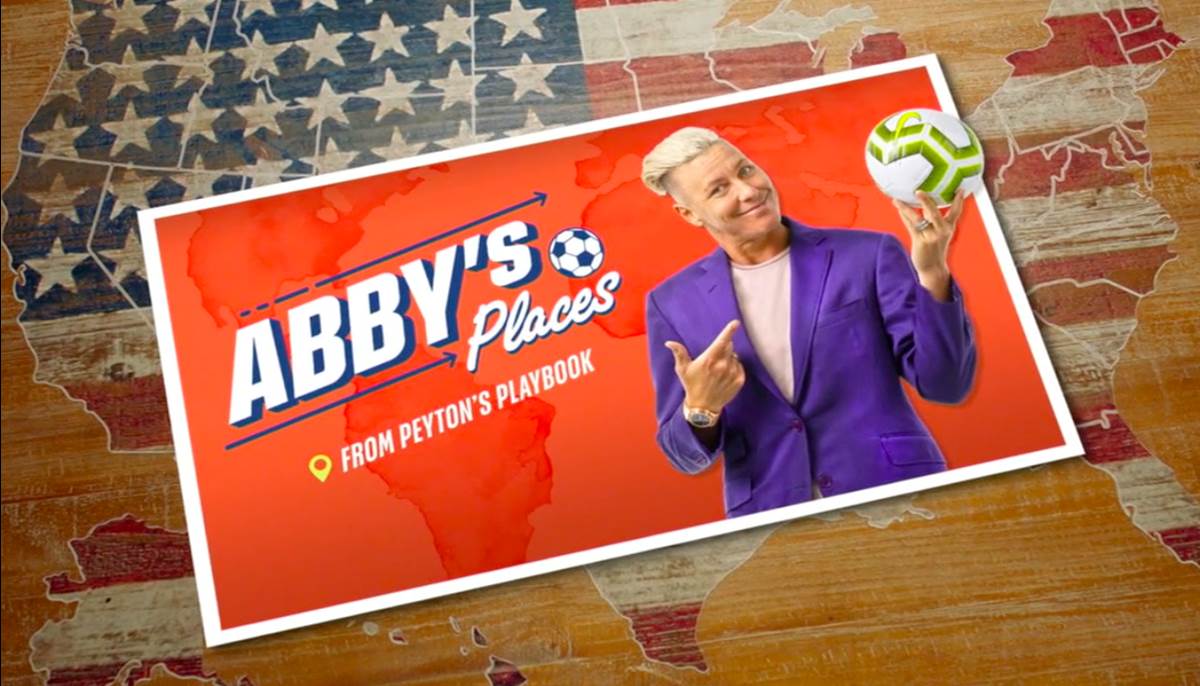 The episode opens with a bit in which Abby introduces Peyton to the concept of her new Show. Peyton of course complains that Peyton had to pay for his own flights while ESPN seems to be footing the bill (pun intended) for Abby to travel the world for her new show.

We see a highlight reel of Abby’s storied career as she explains that she will be trying to convince Peyton that soccer is on the same level as football. She challenges him to a modified QB challenge, a classic NFL Pro Bowl skills competition. Peyton throws footballs at targets while Abby kicks soccer balls.

As they share this friendly competition, Peyton talks about some of his experiences in the QB Challenge when it was held in Hawaii. Peyton takes his signature shot at the Patriots and Abby takes a shot at the quarterback’s forehead as they continue their challenge.

Peyton talks about his experience playing soccer when he was eight years old. He also tells Abby that his daughter is currently playing and she offers up some advice as tall soccer player. After Abby beats Peyton in their challenge, she counters every argument Peyton makes for football with an equivalent for soccer. 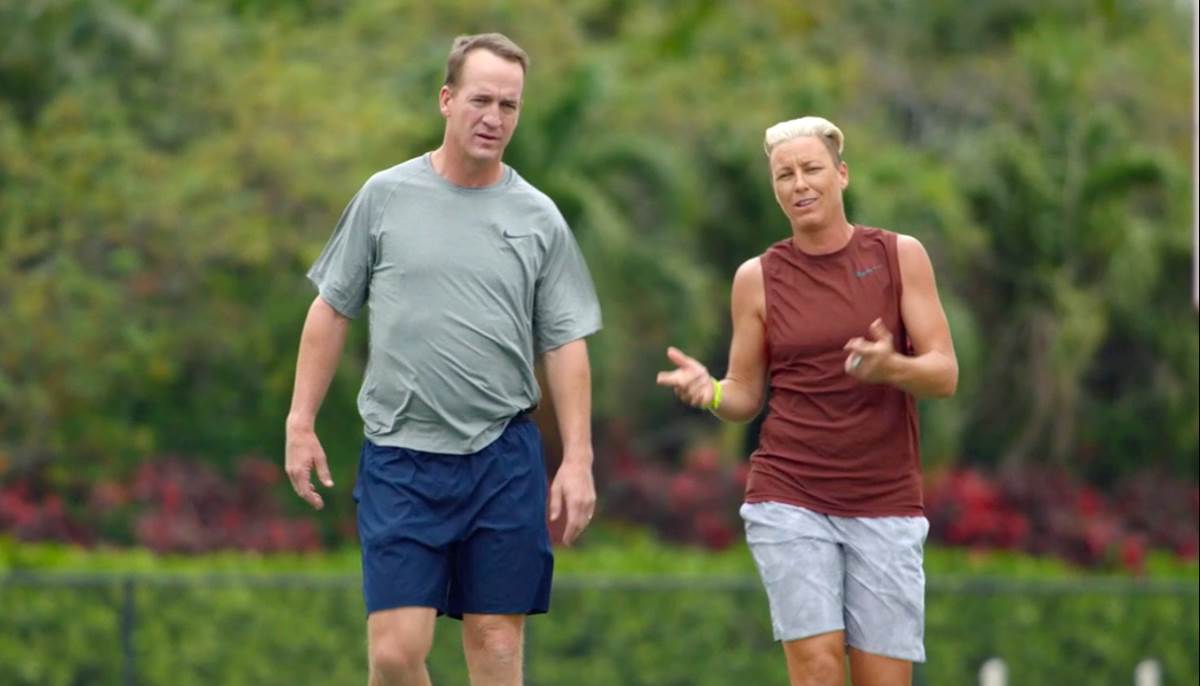 After leaving Peyton behind, Abby heads to Chicago to explore the history of soccer in America. When she arrives at Soldier Field, the home of the Chicago Bears, she meets the son of legendary running back Walter Payton. While she admits there is a lot of football history in this stadium, she is there to talk about the soccer history there.

Abby and Jarrett Payton recall a game Abby played there for Team USA. Payton then explains that his sport was actually soccer, and his legendary football-playing father was very supportive of that. He also recalls his experience meeting Pele, arguably the greatest soccer player to ever live.

They then discuss Payton’s transition to football, which came from a lack of recognition for his soccer career and the college offers he received to play football. That leads to highlights of both of their college careers, Abby playing soccer at the University fo Florida and Payton playing football the University of Miami.

They then run some football drills against a dummy wearing a Manning jersey before Payton shows that he still has some soccer skills as well. They are then joined by former US Men's National Team captain Brian McBride, who tries to redeem himself for a missed penalty kick from a game early in his career.

While they never really come to a decision on whether Soldier Field is a football stadium or a soccer stadium, they agree that there is a lot of great history on that field.