Browsing the lots available for the upcoming Potter & Potter Disneyana Auctions, Disney fans will discover a wide array of park used signage and props, cast member costumes, collectibles, and artwork in a . While the auction will be held July 30th, absentee bids are now being accepted.

All the items and their current bid status can be found here. Along with such items as a Toad Vehicle (Lot 45), you’ll discover a portion of awning from the Walt Disney World Railroad (Lot 109), a piece from the Haunted Mansion’s “13th Hour” Clock (Lot 37), a seat from the Magic Kingdom’s 20,000 Leagues Below the Sea (Lot 40) and a variety of cast member costumes. 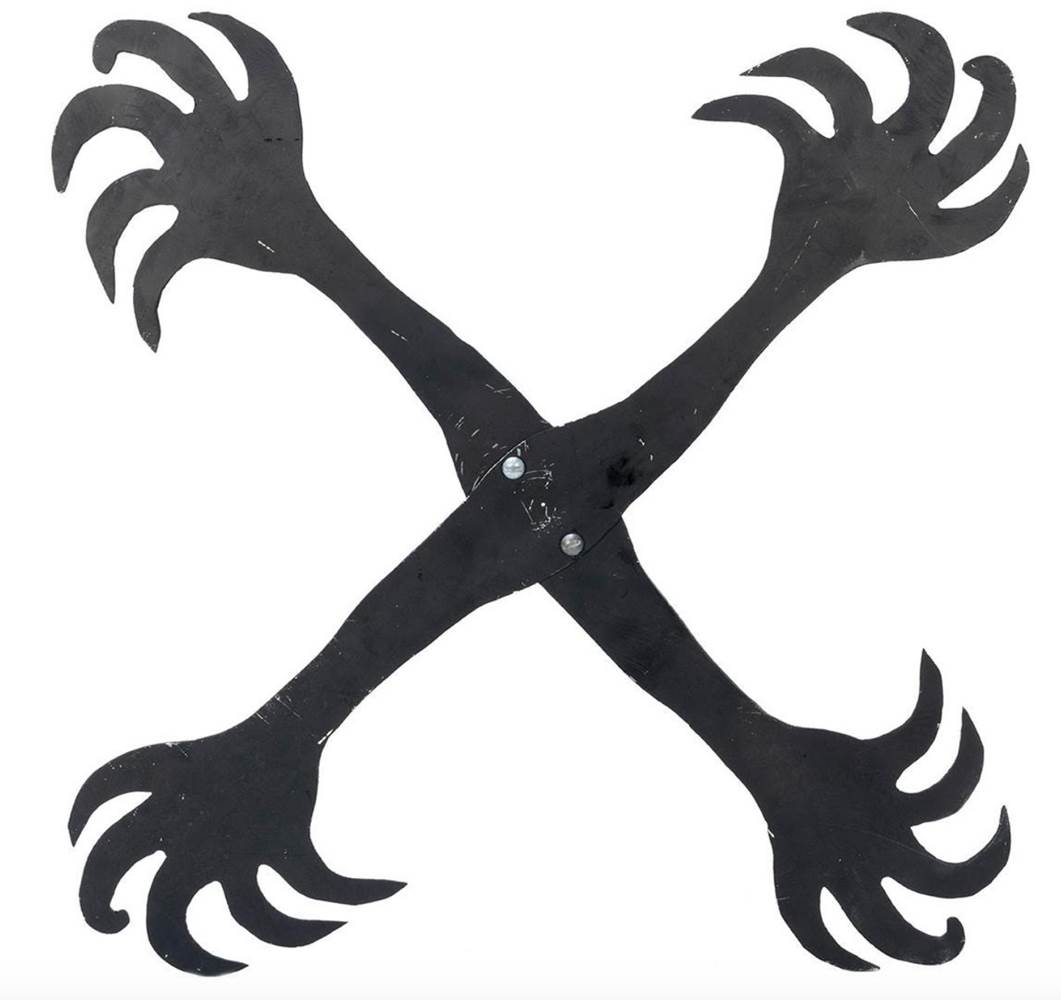 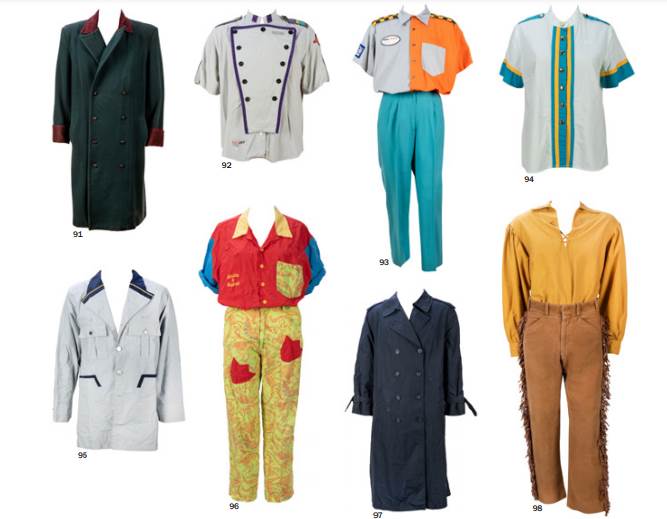 Sample of the variety of cast members costumes.

Be sure to check for items from the various Disney Park Haunted Mansion celebrations individually and in bundle lots. For example, the 40th anniversary event at Disneyland (Lot 180), the 2002 999 Happy Haunts Ball (Lot 181) and 2004 Happy Haunts A Ghoulish Gathering (Lot 182). 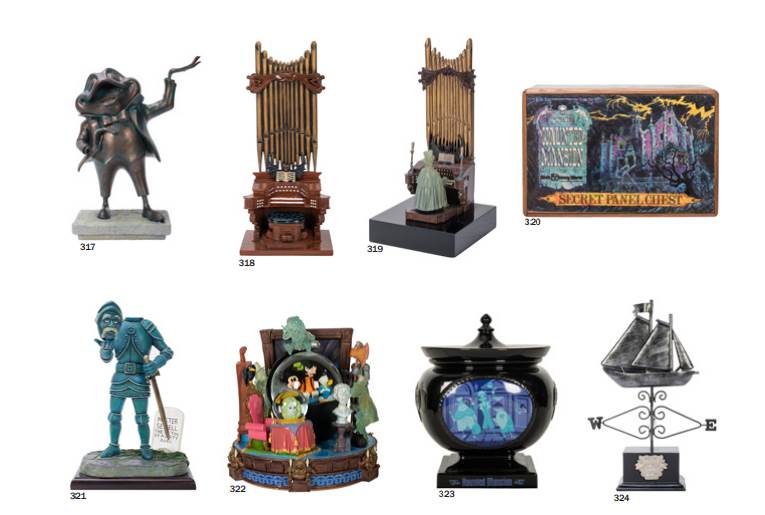 This VIP Gift Basket (Lot 189) from the 2004 999 Happy Haunts Haunted Mansion event that was presented to Disney Legend Harriet Burns caught our eye. The lot includes a letter in Harriet’s handwriting confirming the basket’s original owner and contains many items from the occasion including the highly coveted Stretching Room Gargoyle as well as a reproduction of the Stretching Room Portrait in a coffin. According to the auction catalog, the reproduction was pulled from the event offerings due to quality issues, making this item highly limited. 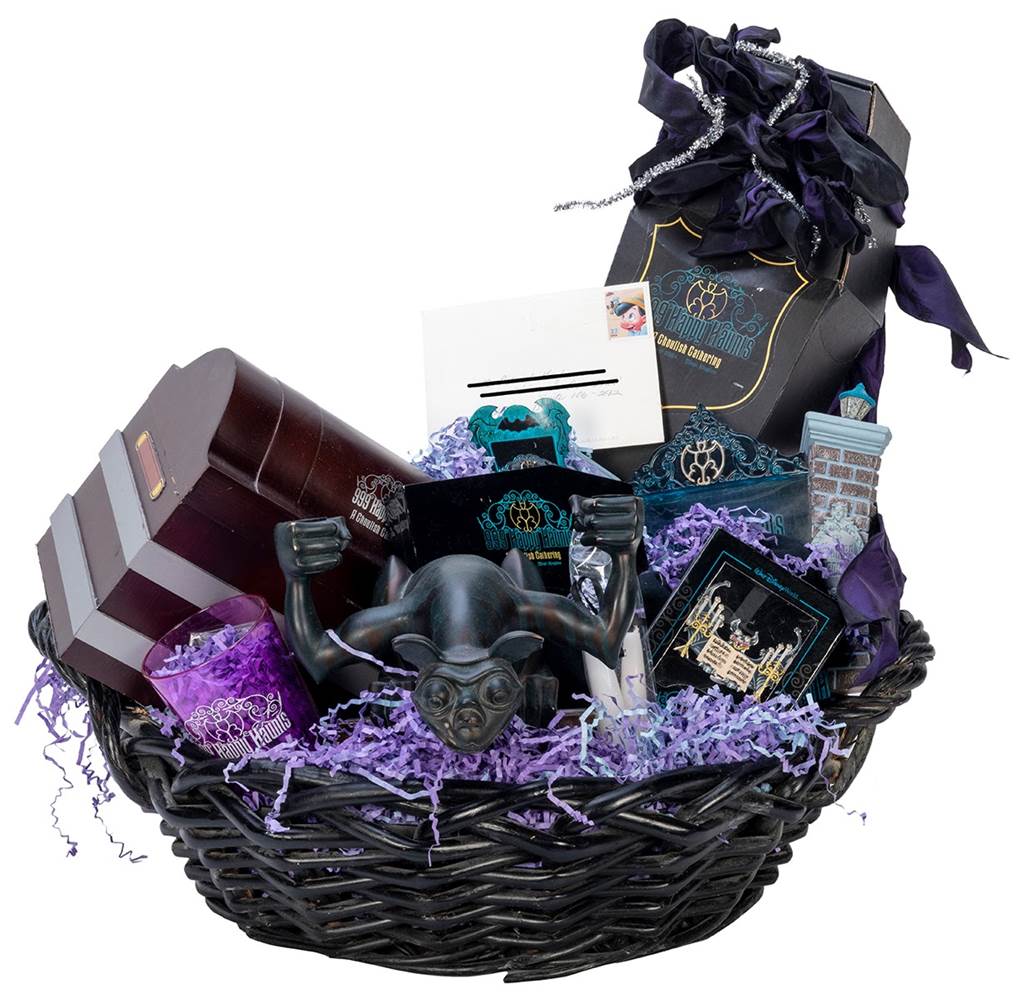 If you long for the days of Kungaloosh, lot 225 may be the treasure you seek. A collection of cups, shirts and other items from the Adventurers Club at Pleasure Island in Walt Disney World including an original menu and mini canteen. Snakes? Why’d it have to be snakes? Continuing with the adventuring theme, here's a massive collection of items from the opening of Disneyland’s Indiana Jones Adventure. The lot (Lot 193) includes several items made for cast members, media or Imagineering and were not released to the general public. These two collections are just a couple of many lots that feature

Even Figment, that  wonderful purple fellow with two tiny wings can be found among the Disney Treasures of this auction. This is not a figment of your imagination but as the catalog explains he’s a prototype maquette (Lot 42). Figment comes with a letter of authenticity explaining the history from the former Imagineer who cast it off of the original prototype as a presentation piece and as an example of the character for Disney executives. 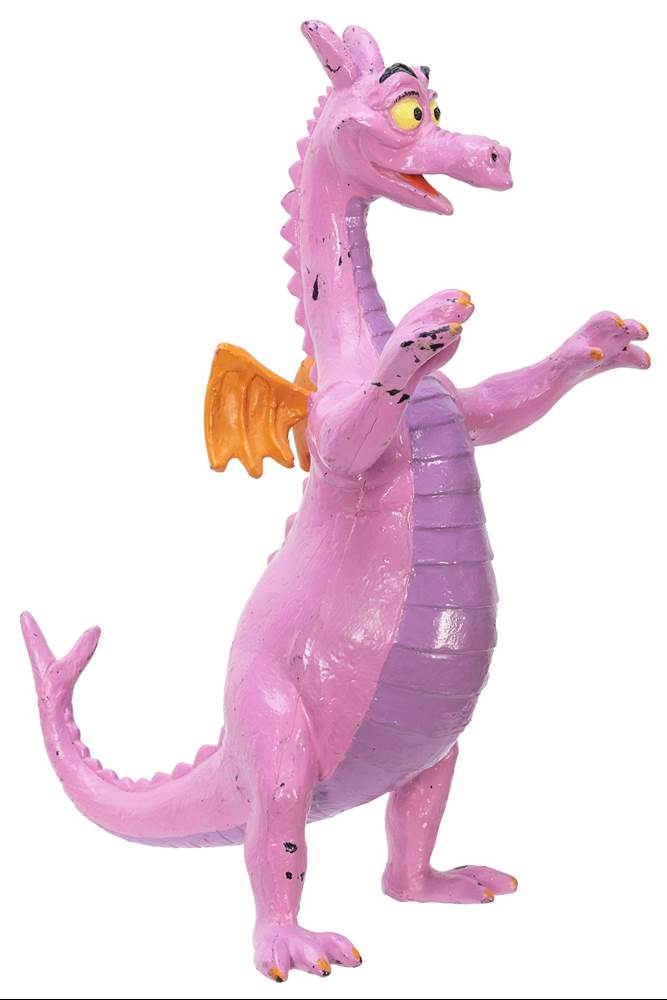 And if he’s too cute perhaps these limited edition gryphon bookends (Lot 220) from Disneyland’s celebration of the Haunted Mansion’s 40th anniversary are the finishing touch you seek. Perhaps you’re looking not for a bookcase knick-knack but something to adorn your walls. In addition to a wide variety of animation art, lithographs and other flat art the auction features several silkscreened attraction posters with linen backing. 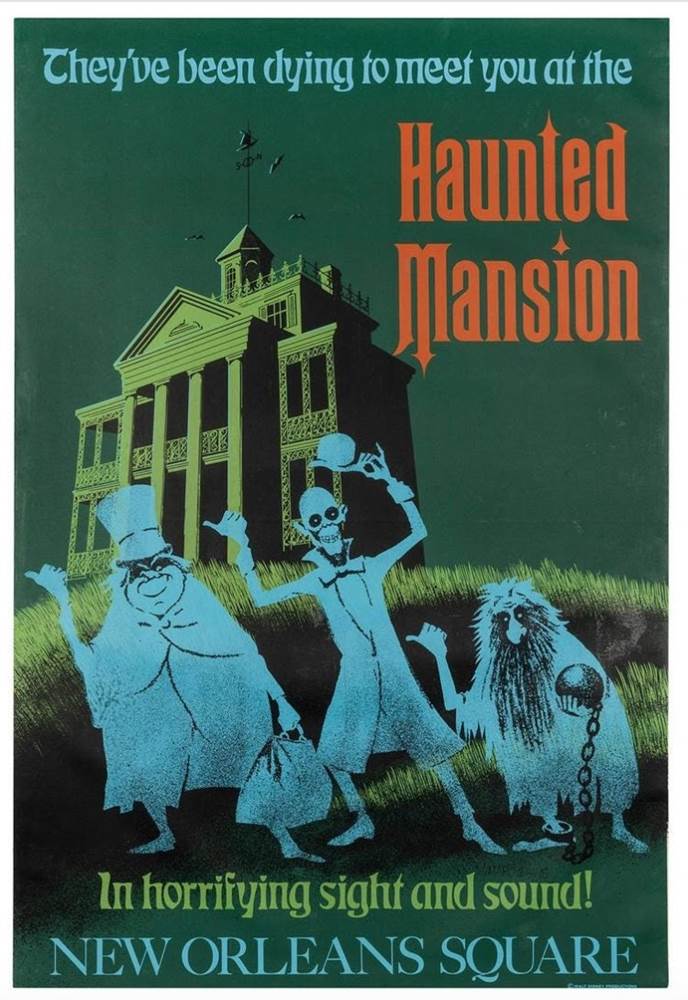 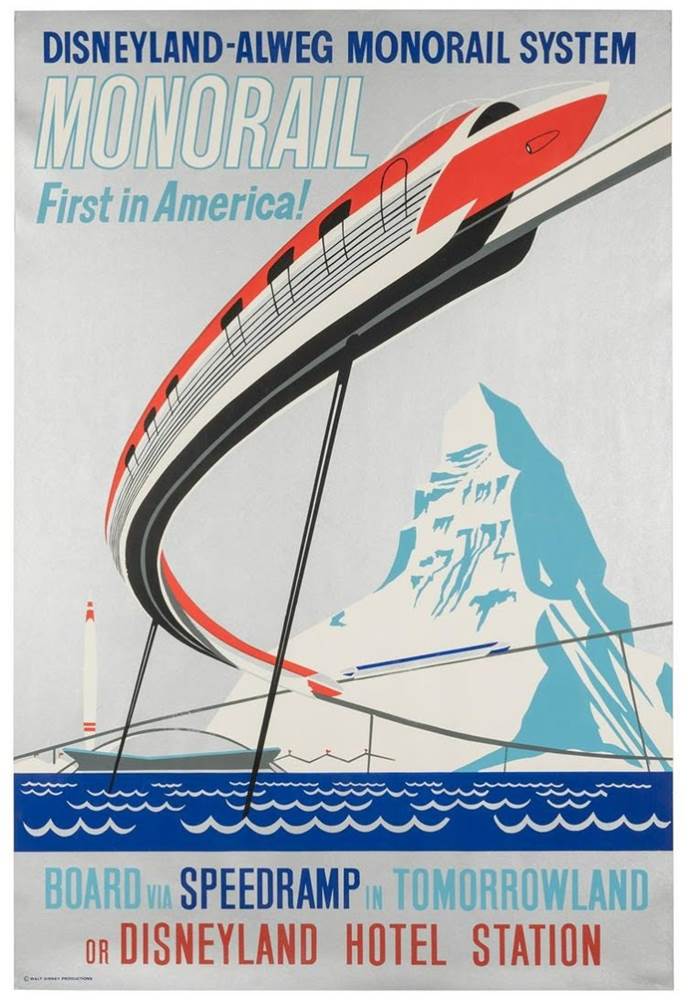 But I keep finding my heart returning to the possibility of bringing home park used items such as a well-worn Swiss Family Robinson Treehouse Closure Sign (Lot 18), the unusual park used items like the section of reflectors from Epcot’s wand (Lot 12), or the MGM Studios Backlot Area Refurbishment Sign featuring Walt Disney’s famous quote about people making the dream a reality (Lot 21)

Expected prices range from the double digits to over $20,000, but whatever your budget, you’re sure to find something that interests …. If you’re willing to bid to get it. Potter & Potter Disneyana Auctions is accepting online bids now.