The Marvel Universe is filled with all kinds of different heroes who fight for very different reasons. They answer the call of responsibility, the call of a nation or even the call of a galaxy. And then there are those who don’t exactly play by the same rules. That’s where Moon Knight comes in.

“Moon Knight #1” reintroduces the fist of Khonshu after his little problem with the Avengers a few months back. Getting back inside the head of Marc Spector may be a dark and scary concept, but writer Jed Mackay also makes it a very fun one. 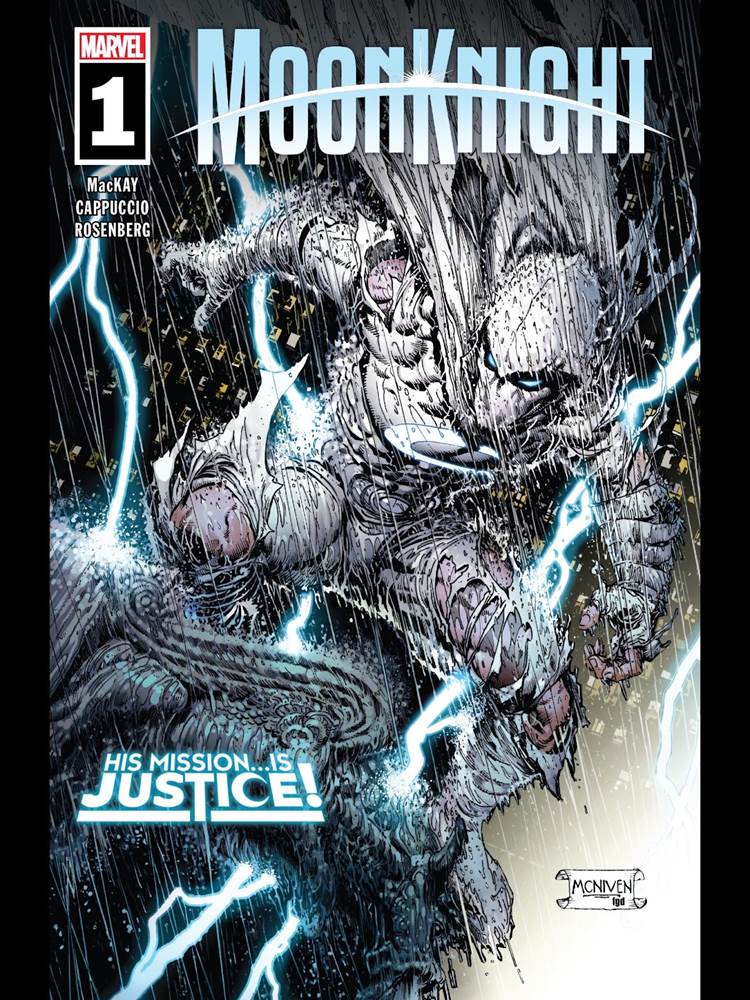 Marc Spector is seeing a therapist, to the surprise of no one, after his god Khonshu tried to take over the planet by empowering him with the most dangerous weapons in the universe. When the Avengers defeated him, they imprisoned Khonshu but they allowed Moon Knight to continue to operate, provided he seek some help.

While that aspect of this new story is not all that surprising, the part that is is the new way in which Moon Knight is operating. He’s established the Midnight Mission, a safe place for members of his community to come and seek help. Then, he acts as the one who protects those who travel at night, by removing all of those who threaten them.

But of course, the reach of Khonshu can never truly be locked away. Marc Spector may not be completely under his power (nor is Steven Grant or Jake Lockley) anymore, but someone out there is and he is not happy with the way the fist of Khonshu is operating. A new threat may just be on the horizon for Moon Knight. 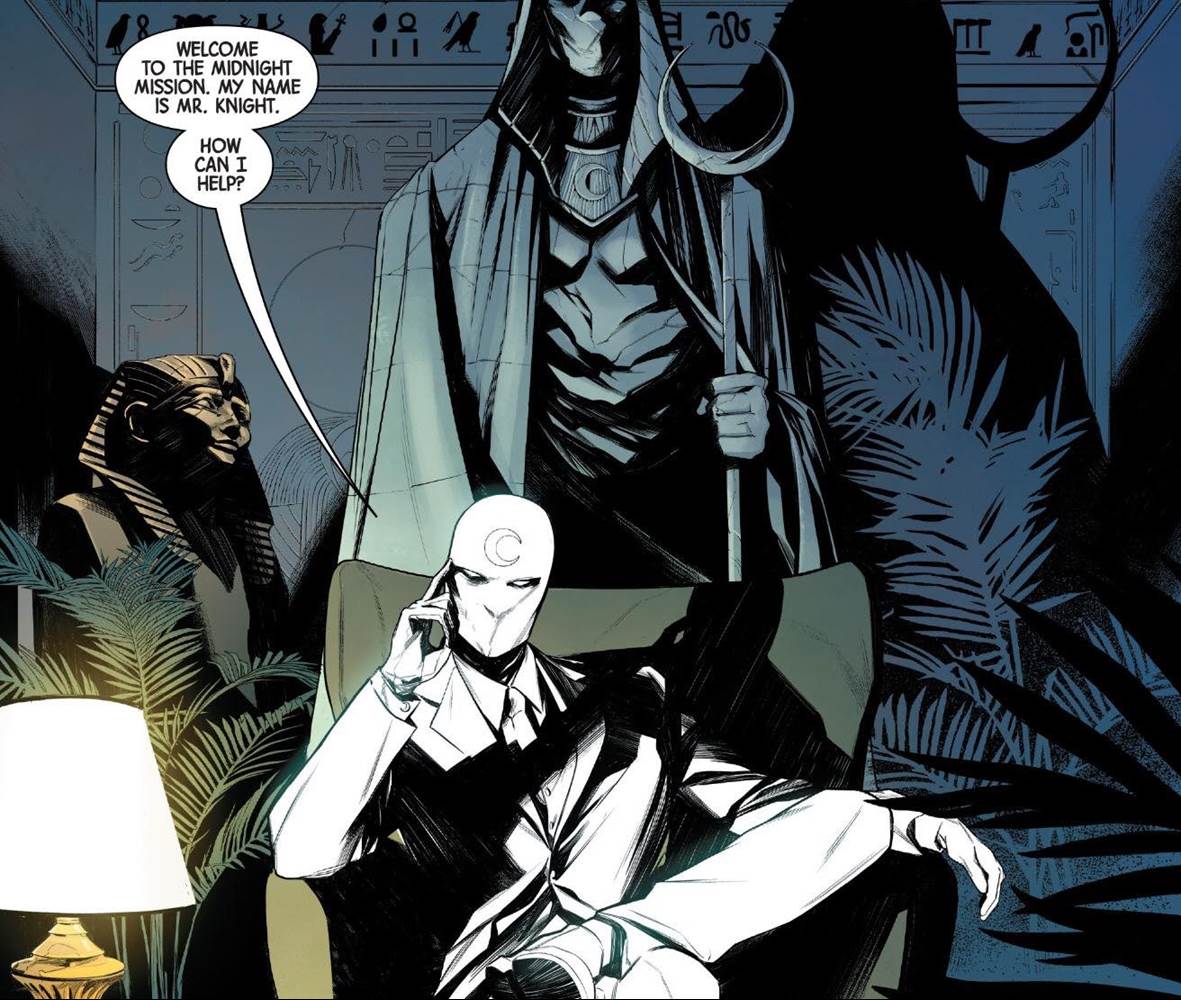 Moon Knight is an incredibly complex character with a lot of history from which to draw. So even with this being a first issue in a brand new series, it’s very possible for new readers to be completely lost as they jump into this story. However, that is not at all the case. This issue serves as a perfect starting point for those who want to become fans of this character, providing a great deal of context to his history while also introducing some interesting new characters.

It’s also very grounded, as is typically the case with Moon Knight stories. Yes, we are dealing with the powers of a moon god and a character who seemingly cannot die, but the action all takes place on the streets of New York. And it’s all relatable to the reader, with the hero’s mission simply being to protect the civilians who live in his neighborhood. 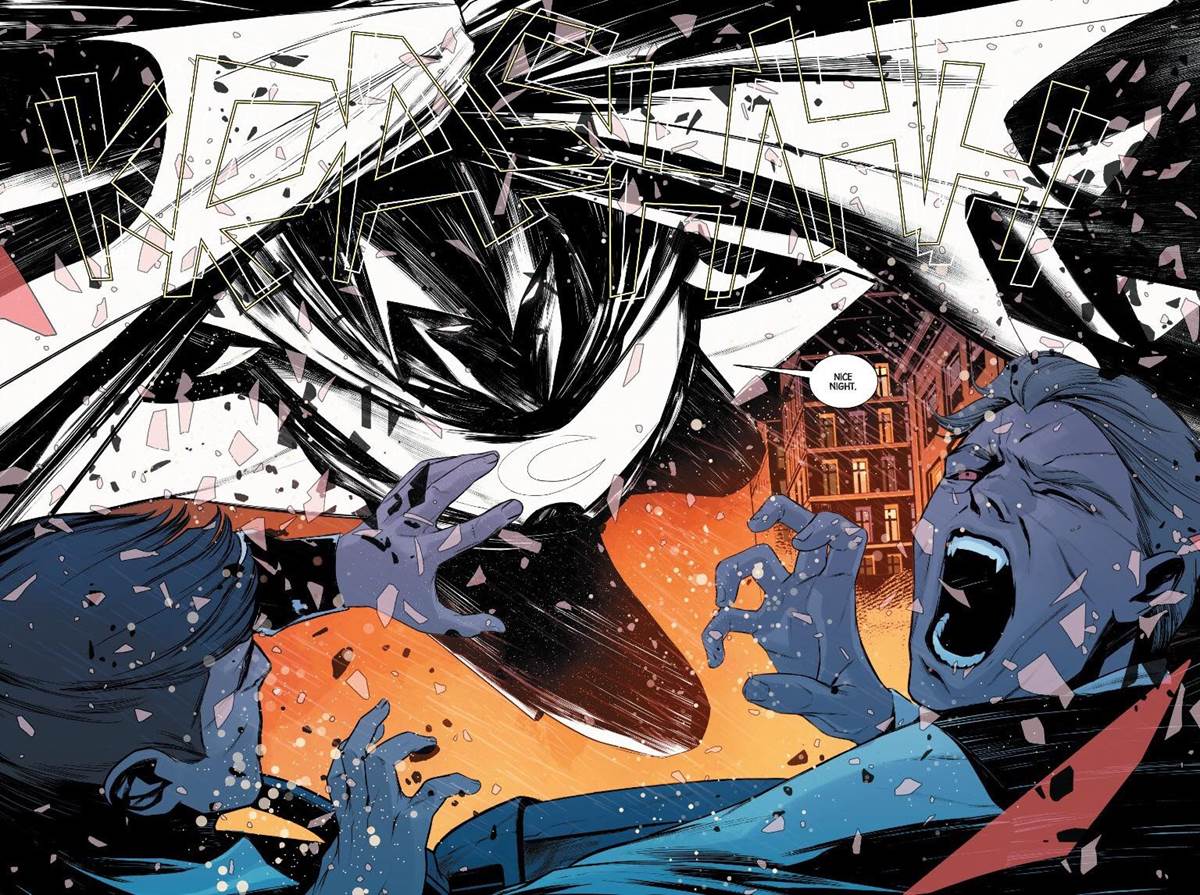 The only aspect of the character which we don’t get to see much of in this first issue, is his multiple personality disorder. It is mentioned several times and the story of course hinges on Spector’s personal issues, but we never really get to see him taking on the other personas. However, it is set up in a way that Jake Lockley and Steven Grant could very easily be introduced to disrupt how well things seem to be going for Marc Spector right now.

And of course, you can’t have a great action-packed issue without some really incredible artwork. Artist Alessandro Cappuccio delivers on that front, with some breath taking visually of the shadowy anti-hero taking his victims in the night. The imagery of Moon Knight takes another big step forward in this issue. 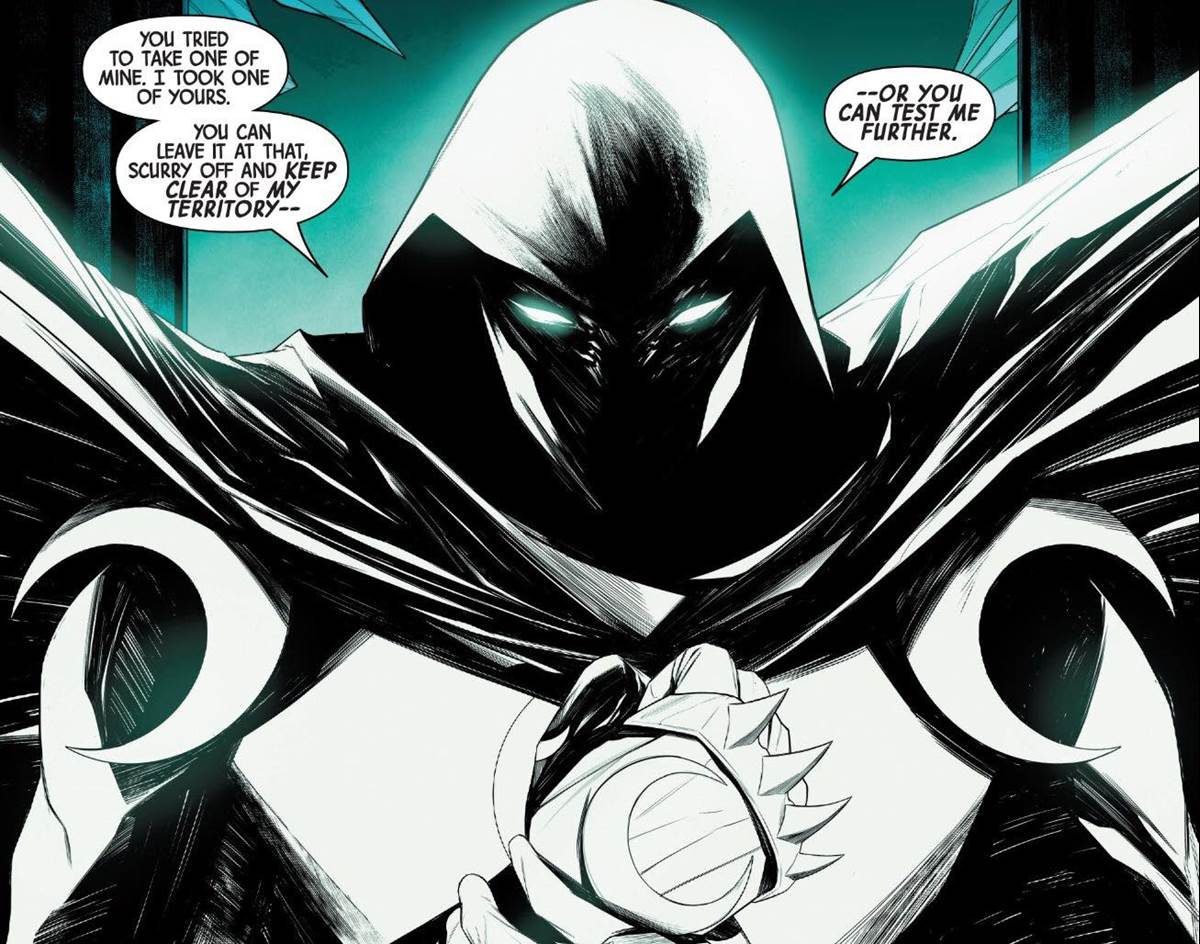 You can check out “Moon Knight #1” now. For more on this week’s comics, check out today’s episode of Marvel Time: