In episode 6 “Run Silent, Run Deep,” The Mysterious Benedict Society begins with a flashback to the orphanage that Nicholas Benedict and his brother Nathaniel lived at as boys. The two brothers are studies in opposite as Nicholas is shy and reclusive while Nathaniel is demanding and bossy. 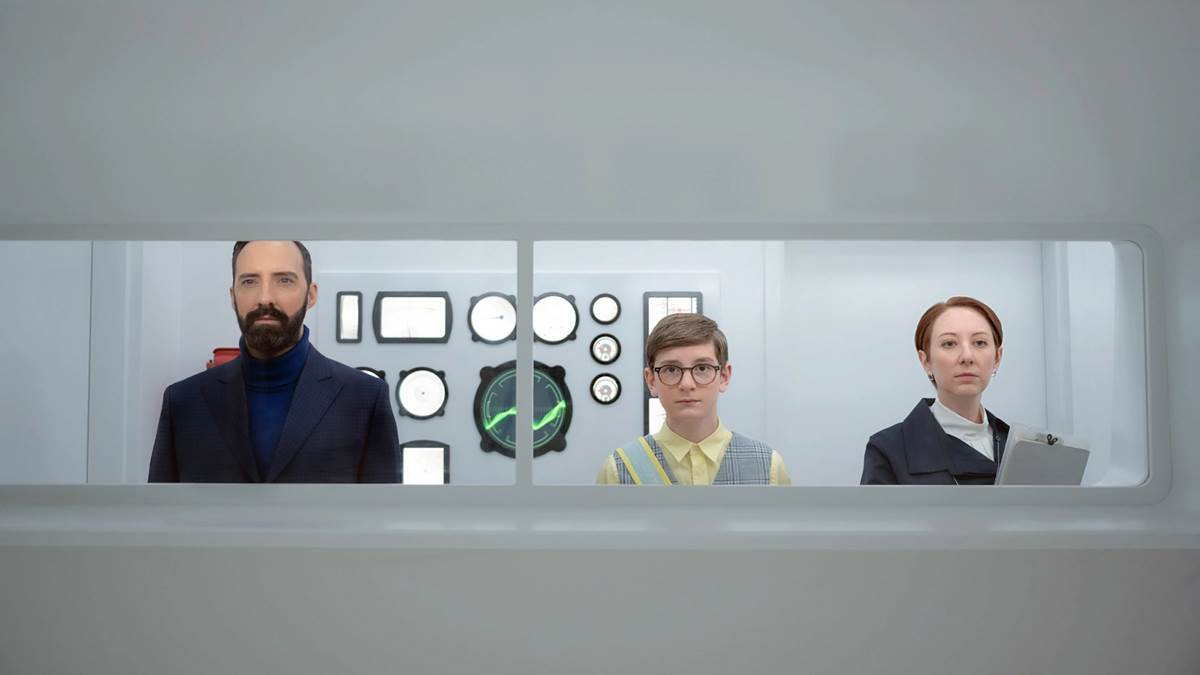 In the present, Mr. Benedict (Tony Hale) hatches a plan to rescue the kids from the institute. Rhonda (MaameYaa Boafo) and Number Two (Kristen Schaal) watch as Benedict explains how they will all travel via a dilapidated submarine piloted by Milligan (Ryan Hurst) to the island. The plan is to land on the island and free Reynie, Sticky, Kate, and Constance (Mystic Inscho and Seth Carr, Emmy DeOliveira and Marta Kessler). Rhonda and Number Two point out that not everyone can fit in the submarine, so the plan is quickly modified for Milligan to go alone.

At the institute, Sticky is projecting a more hopeful attitude. Unlike the rest of the group, Sticky feels like ‘The Improvement’ might be helpful and not dangerous. Feeling isolated from his friends for portraying Mr. Curtain (Tony Hale) in a positive light, Sticky seeks reassurance and comfort from the institute founder.

Curtain’s manipulation of Sticky deepens as he informs the confused boy about his potential on the ‘Whisperer’. Their private session on the machine has some unintended consequences for Constance. While Sticky is just repeating simple phrases into the machine, the ‘Whisperer’ is subliminally broadcasting instructions to the citizens of Stonetown. Constance is subject to the ‘Whisperer’ as well and leaves the island.

With Sticky lost in the wonder of the ‘Whisperer’, Reynie looks to a new source of information about Curtain’s plan ‘The Improvement’. Striking up a friendship with Curtain’s son S.Q. (Ricardo Ortiz), Reynie implores S.Q. to bring him to a forbidden part of the island. Kate has longed to attack the tower and do as much damage as possible, but she quickly learns from her friendship with Martina (Saara Chaudry) that a special access key is needed to gain entry in the tower.

Milligan’s journey is perilous. The submarine which Rhonda and Number Two deemed to be dangerous is a disaster waiting to happen. From one calamity to another Milligan strives to keep the sub from imploding beneath the surface. Thanks to the ‘Whisperer’ Stonetown is humming with people’s uncontrollable desire to purchase blue berets. Even Constance is unable to resist. Her foray into the city is short and explicitly to purchase a blue beret.

Kate uses her friendship with Martina to the group’s advantage. While Martina is distracted Kate makes use of her bucket and duplicates Martina’s access key. Despite his father’s warning, S.Q. brings Reynie to a secret part of the island to practice their drawing skills. The forest before them doesn’t look like a normal part of nature. Reynie sees the surrounding trees are topped with antennas which S.Q. explains is part of his father’s experiment. 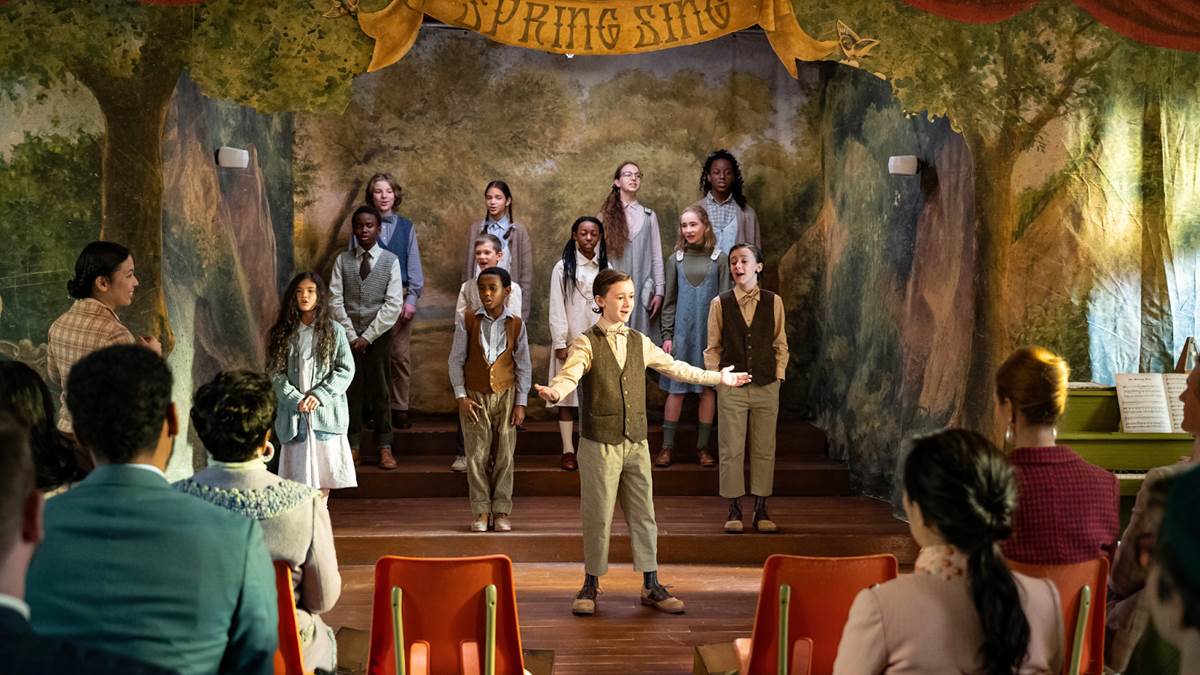 In another flashback we witness adoption day for the Benedict brothers. Nathaniel has done everything he could to make his shy brother Nicholas seem appealing. Unfortunately for Nathaniel, his overbearing attitude is too much for the prospective parents, and they choose to adopt Nicholas and not both brothers. Nicholas leaves promising to come back for his brother, but never does. After explaining what happened in the orphanage, Mr. Benedict blames himself for everything, but Rhonda and Number Two reassure him that he was only a child and that he had no control over events.

Still alive in his tiny sub, Milligan is making progress towards the island. After a destructive crash against the island’s underwater turbines, the sub breaks apart, leaving the whereabouts of Milligan unknown.