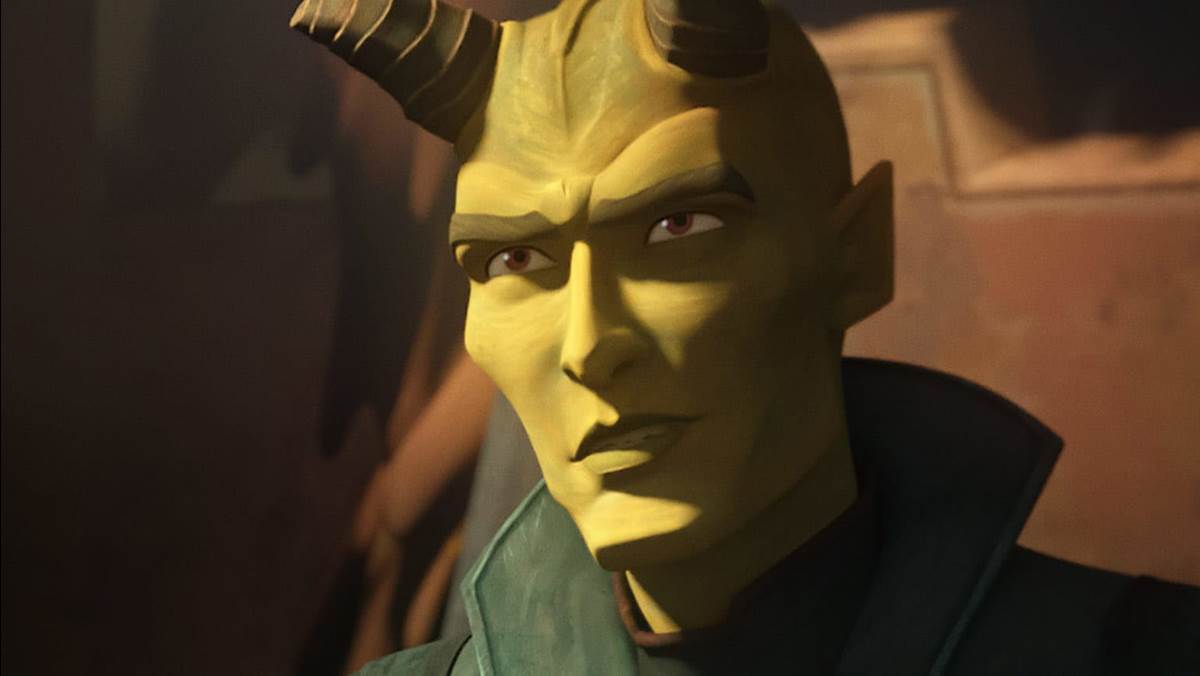 “Infested” once again begins on the planet Ord Mantell, where the Bad Batch lands their ship the Havoc Marauder after their most recent off-screen mission, which was apparently “swarming with Gundarks.” While the group is walking back to Cid’s, we see several suspicious figures watching them from the shadows. Inside the bar, more characters in the same armor are seen milling about. “When did this place get so popular?” asks Echo (voiced by Dee Bradley Baker, as are all the members of Clone Force 99). When they enter Cid’s office, they find a Devaronian named Roland (Tom Taylorson) occupying her seat at the desk and holding Omega’s lizard Ruby. When pressed by Hunter about Cid’s whereabouts, he claims that “this parlor and Ord Mantell are now my territory.” He offers the Bad Batch more work, but Hunter says he’ll think about it. On their way out, he tells his team they’re getting off Ord Mantell.

Omega (Michelle Ang) asks what happened to Cid, and Tech assumes she was either forced out or taken out of her position. Omega demands they find Cid and help her, but that first part is easily taken care of as Cid (Rhea Perlman) is waiting for them on the Havoc Marauder boarding ramp. “Nice to see one of you cares,” says Cid, having overheard the conversation. Inside the ship, Cid explains that Roland is the son of crime boss Isa Durand who’s trying to make a name for himself by joining up with the Pykes. He took Cid’s business for himself because of Ord Mantell’s valuable location along a number of hyperspace routes. Cid once again uses the information she has on Clone Force 99 to strongarm them into helping her, but Omega wants to help her anyway. Cid explains the plan to disrupt Roland’s supply chain by intercepting a shipment of spice and sabotaging a deal the Devaronian is making that night.

Cid brings the Bad Batch down into Ord Mantell’s old mining tunnels, which she plans to use to sneak back into her bar and steal the spice. The motors on the mine carts are “too loud” for the stealth mission, so the group uses the hand cranks to make them move along the track above. They reach a sealed door and Cid tells everyone not to make a peep so they don’t wake “the hive.” “The what?” asks Echo. Cid explains that the tunnels have a bit of an infestation problem, but it won’t be an issue if everyone keeps quiet. On their way through the cavern, they notice it’s covered in webs, and then upon hearing a screeching noise Wrecker panics and drops his flashlight. A loud rumbling comes up from the hole in the ground below but then suddenly stops, so the team keeps moving. They arrive at their destination with Wrecker gasping for breath from the effort.

Tech asks how they know Roland isn’t currently occupying the office before they break in, and Cid responds by sending a signal to her Weequay accomplice, who creates a distraction in the bar by leading Ruby outside using some Mantell Mix and capturing her in a crate. Roland sends his goons after them, and Clone Force 99 uses the opportunity to enter the office, where they immediately find six crates of spice and start bringing it back down the ladder. Outside, the Weequay and his Ithorian friend accidentally drop Ruby’s crate and release her, causing her to call out and drawing Roland’s attention. The aliens run away and Roland is reunited with his new pet lizard. He returns to the bar’s back office, but not before the Bad Batch takes all the spice and seals the door behind them. Roland blasts open the door’s control panel and enters, finding the spice missing.

Rold discovers the tunnel behind the office and his minions give chase on more mine carts, moving much faster this time. Blaster fire erupts between both groups, which upsets Cid because of the noise. Hunter yanks on the brakes for his mine cart, causing the goons behind it to crash and fly into the chasm below. “If those laser brains woke the hive, we’re all dead,” says a panicked Cid as she drives her cart with Tech and Omega. A huge swarm of giant bug creatures erupts from the hole beneath them and overwhelms both carts, and the Bad Batch starts firing on them, but there are too many. Tech discovers that the bugs avoid light, but one of the carts comes loose from the track and tumbles to the bottom of the cave. Cid is worried about saving the spice, but Echo tells her to forget it and orders Wrecker to seal the bugs behind the door.

The chamber entrance closes just in time and the team makes their getaway. “At least we got rid of the spice,” says Omega. In Cid’s office, Roland interrogates the Weequay and Ithorian, who say they don’t know where Cid took the spice. Three Pykes enter the room and ask Roland for their payment and he says they’ll get their money but he needs more time. “I suggest you go back to Oba Diah and wait,” says Roland after his goons pull blasters on the Pykes. “You are out of you depth, Durand,” says the lead Pyke, threatening him and his entire family. Cid now feels confident enough to return to the bar, having heard that the Pykes already came for Roland. Inside, they find the guards scattered around dead on the floor. “My plan worked like a charm,” says Cid, but then the Pykes lead Roland out in binders and he blames Cid for the missing spice.

Cid says she doesn’t have any spice, and the lead Pyke orders his underlings to kill them all. Hunter interrupts to say he knows where the spice is. The Pyke orders them to retrieve it and says he will keep Omega hostage until they do. “Not happening,” says Hunter, but the Pyke responds, “This is not a negotiation.” Cid convinces the Bad Batch that Omega will be fine after they return the spice. Tech does some research on the insect creatures and finds out they are called Irlings, and have “visual sensitivity to thermal registers.” They take the Havoc Marauder to a nearby mountain range, where Cid and Wrecker rappel down into the Irling nest. Wrecker spots one of the crates and Cid secures it to a cable while they look around for more. Back in the bar, Roland tells Omega that they’re both dead if her friends don’t return the spice. “That’s what happens when you meddle in other people’s business.”

Omega says it’s Roland’s fault for having stolen Cid’s parlor from her. Roland starts telling Omega about his mother when Ruby comes over and settles on her lap. “Don’t worry Ruby, we’ll get out of this,” says Omega. Back at the cave, Hunter hoists two more crates of spice out of the Irling nest, bringing the total to four out of six. Echo says it’s almost nighttime and the bugs are going to wake up, and Tech responds, “I am preparing for that possibility.” Below, Wrecker and Cid secure the final two crates, but as Hunter starts bringing them up more Irlings appear out of the darkness. They accidentally knock another mine cart off its track and it makes a loud booming sound as it hits the ground. “Maybe they didn’t hear it,” says Wrecker. “I don’t think we’re that lucky,” replies Cid. The bugs erupt from the hole again and overwhelm Cid and Wrecker.

From the ship above, Tech drops a grenade that emits light, scattering the Irlings long enough for the crew to get the spice out and escape. Back in town, they return the crates to the Pykes, who say “the matter between us is resolved,” though they still keep Roland in his binders. One of the Pykes threatens him with a knife, but Omega stops him. “She’s right,” says Cid. “Kill him and you’ll start a war with Isa Durand.” The Pyke rejects this sentiment and cuts off one of Roland’s horns. “Our business is finished,” the lead Pyke says to Roland. “It would not be wise for our paths to cross again.” Omega asks Roland if he’s okay and then gives him Ruby before he leaves. “First round’s on me,” says a triumphant Cid. “You owe us way more than that,” replies Wrecker. Hunter asks Omega why she stuck up for Roland. She says, “Ruby likes him. Maybe he’s not all bad.” 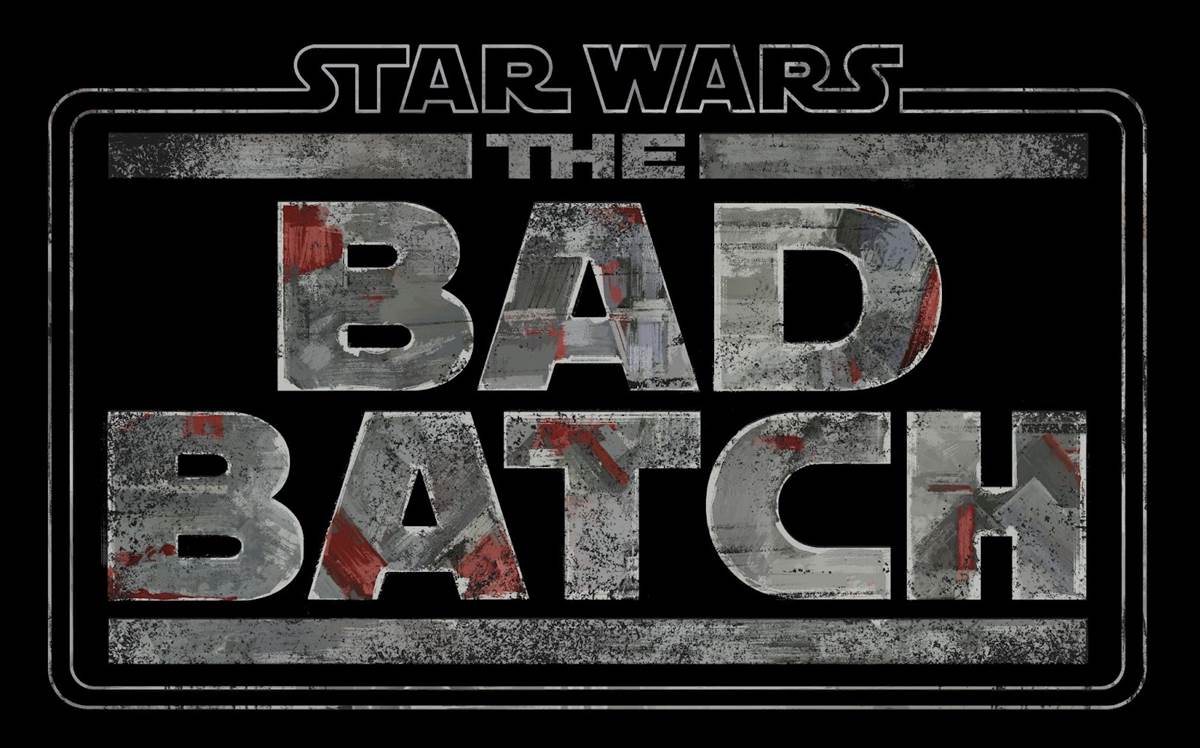