Touchstone and Beyond: A History of Disney’s “Ultimate X”

With the Summer Olympics playing out in Tokyo, it is time to review a Touchstone Pictures film that was beyond the norm of what the company produced. This week we journey back to 2002 and get extreme with Ultimate X: The Movie. 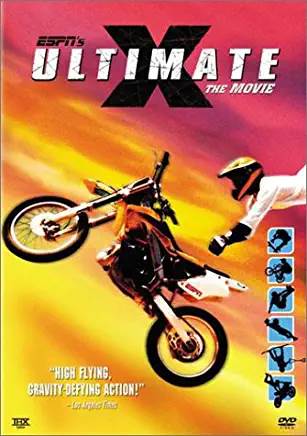 Street Luge, Skateboarding, BMX Racing, Freestyle Motocross, and Rollerblading are just some of the challenging sports found in the X Games. The highs and lows of each sport is dependent on how an athlete lands their tricks or falls flat on their face. Hearing prominent athletes like Tony Hawk and Carey Hart talk about their journey in the X Games and then witnessing their success and failures will keep you riveted throughout the film.

The shots are excellent. Capturing the height and the danger that each athlete places themselves in during competition is incredible. While best to experience it on the big screen, even on a small screen viewers will hold their breath waiting for the athletes to complete their rounds.

Ultimate X: The Movie is all about the incredible stunts, but we get to meet some of the athletes and learn about their motivation to compete in such dangerous sports. I knew nothing about the X Games and the athletes outside of Tony Hawk and Carey Hart. It was great to meet a variety of athletes.

The movie is only 47 minutes long. While it chronicles some of the sports, Ultimate X: The Movie barely scratches the surface of all the sports at the X Games.

Highly enjoyable and thrilling to watch, even on a small screen portable DVD player, Ultimate X: The Movie gets a 3 Golden Popcorn Bucket Award. Adding ten more minutes and profiling some female athletes at the X Games would have made this well intended film a well-rounded picture.

How smart is John Travolta? We will find out next week with a look at the 1996 blockbuster Phenomenon.