After over a year of silence on Broadway, the New Amsterdam Theatre’s marquee lit up 42nd street this past weekend with “Live at the New Am,” a Disney on Broadway concert benefiting The Actors Fund. If you are familiar with Disney Theatricals and some of the famed alumni, then the roster of talent should come as no shock to you. Ashley Brown, Kissy Simmons, Michael James Scott, and Josh Strickland all headlined this ode to Disney’s live productions and helped welcome theater back to the main stem. 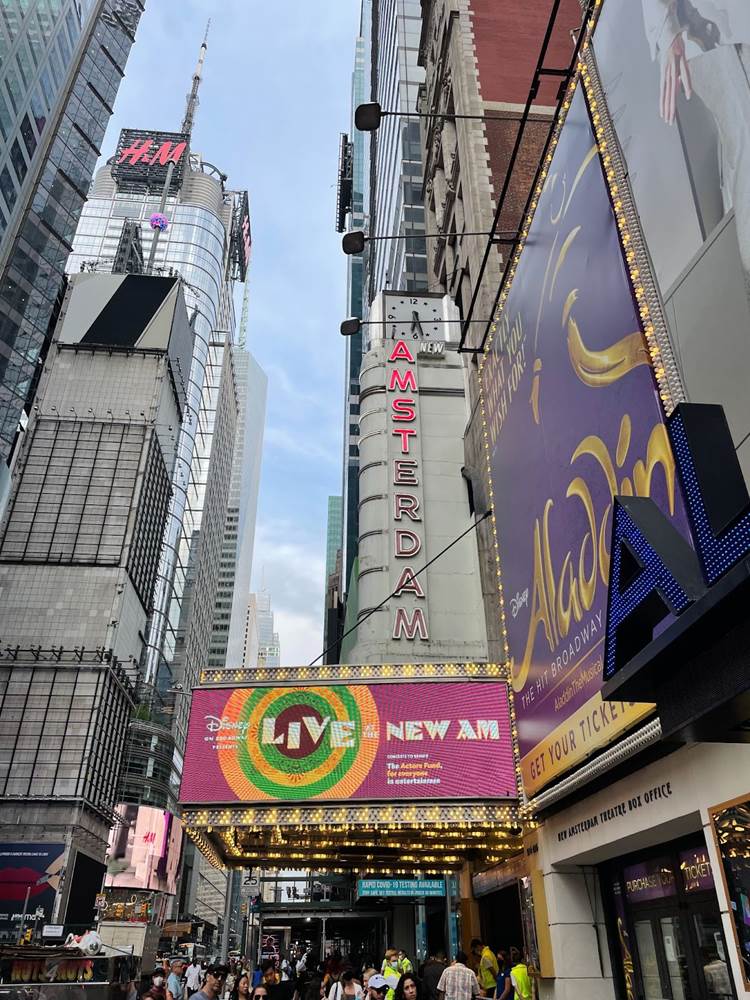 The concert was the usual Disney setlist: the shows were presented chronologically, with all performers having equal solo opportunities. While the show did start with Hercules, the show went from Beauty and the Beast to Frozen sequentially. All four performers were given the spotlight on the songs that they performed nightly for hundreds of performances. It was a glorious time filled with incredible music.

While the familiarity was there (if anyone has watched Disney on Broadway performances from the D23 Expo or Epcot Festival of the Arts in the past, you’d understand the basic flow), what made the night so special was the energy. Since all performances on Broadway stopped last March, the theatre district has been eerily quiet. Even after attending the show on Saturday evening, the rest of the area didn’t have the same hustle and bustle that came with nightly performances. Only 1 rickshaw driver was awaiting patrons to exit the performance, as opposed to the usual line of them. The rest of the marquees sat silently as we exited the concert. Theater isn’t completely back.

Yet, the moment I walked inside of the historic New Amsterdam, something felt correct. Everyone was happier than usual. Cast members were beaming as they sold packs of twizzlers and pointed out aisle numbers. The ring of the bells announcing five minutes ‘till curtain sounded sweeter. The buzz in the air was greater than any performance I’ve ever witnessed. 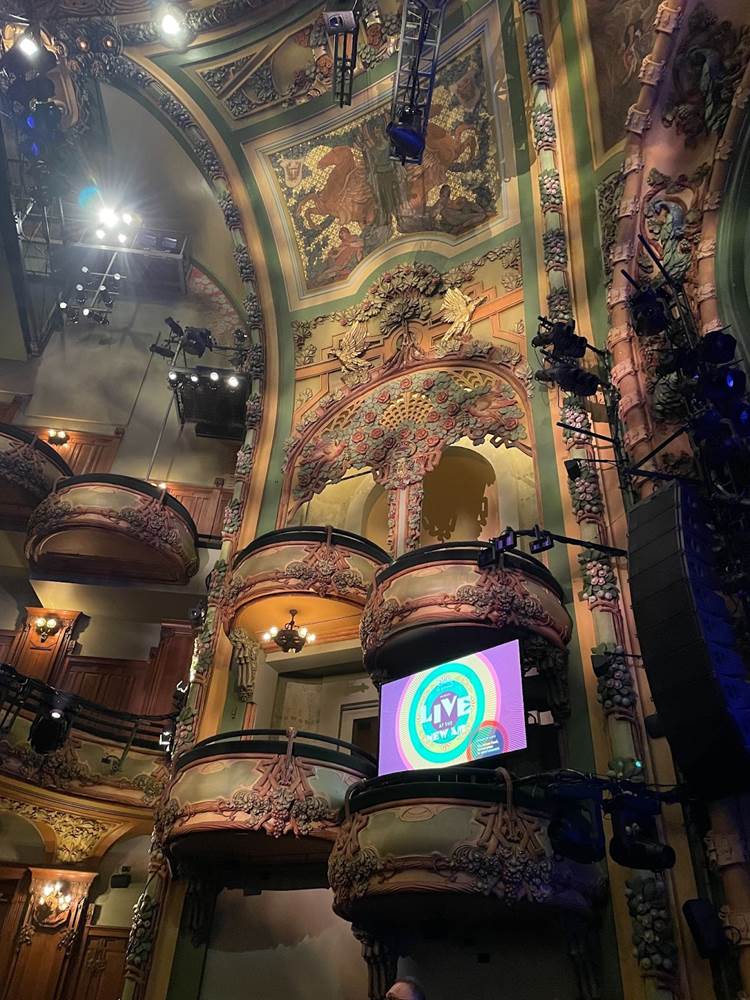 The moment the show began, the audience was ready to give everything they had at the stage. Standing ovations occurred after most songs. (Ashley Brown’s performance of “A Change in Me” early on in the show left the audience, and Brown, in tears.) The screams radiated through the walls, coming from every level of the theater. The performers seemed simultaneously stunned at the consistent response, yet grateful, as if to make up for lost time. They haven’t been able to perform in the same fashion for over a year, just like we the audience haven’t been able to celebrate and support live performers.

As the crowd erupted for the final number (a rapturous “Let It Go” cover from the group), the audience remained on its feet as we cheered on the band’s final notes, cleaned up the confetti off the ground, and headed back out onto the Manhattan pavement. Yet, the transfer of energy had already occurred. While fears still reside within this ever evolving pandemic, the concert we had just witnessed showed every audience member about the power of Disney magic and the instant gratification of live theater. While we still have a ways to go for complete normalcy, I thank everyone involved with putting together “Live at the New Am” for re-energizing me like nothing I’ve ever witnessed before. Theater is back. Broadway is back. Let’s never fail to appreciate what we have again.