In honor of International Cheesecake Day, the official The Golden Girls Instagram account held a special live event. Celebrating all things Dorothy, Rose, Blanch and Sophia, host Danielle Soto (from the Dr. Cheesecake podcast) was joined by Christopher Styler, author of The Golden Girls Cookbook. Together, the two talked about their favorite moments from the series, played a free rounds of The Golden Girls Trivia Pursuit, and Christopher spilled the beans about an upcoming follow-up to the cookbook. 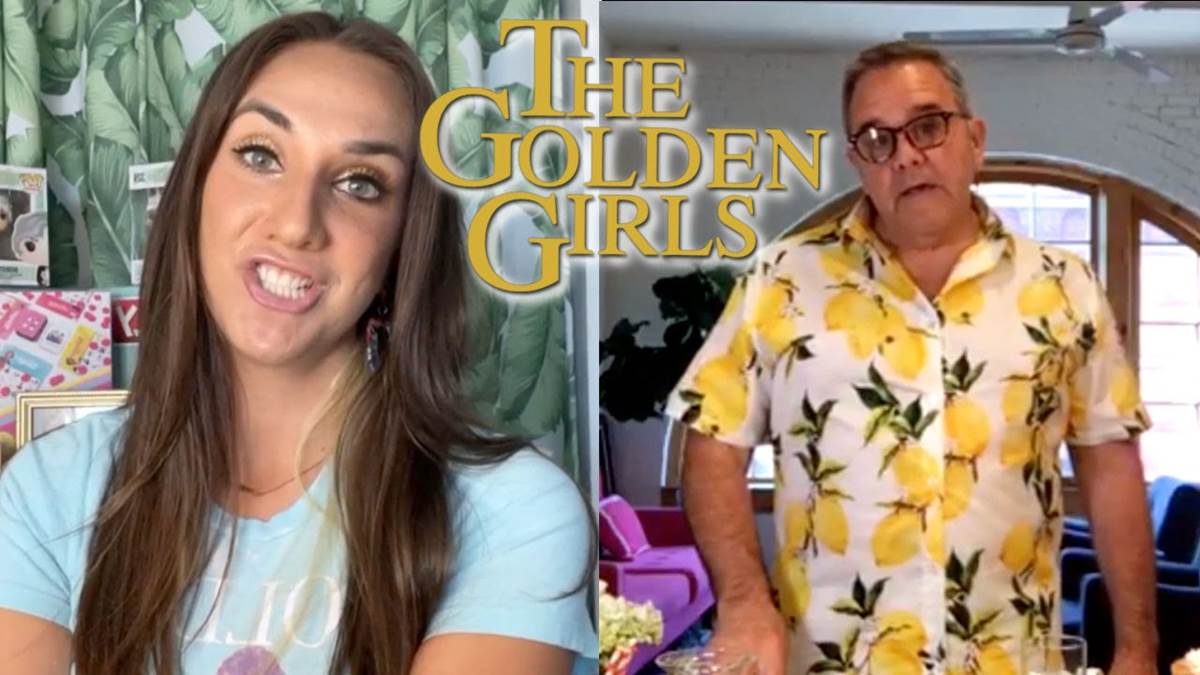 It being Cheesecake Day and all, Christopher Styler prepared two cheesecakes from the upcoming cookbook, tentatively titled The Golden Girls Cookbook: Cheesecakes and Cocktails. The first was inspired by Rose and is called “The Fall of Saint Olaf,” a pumpkin cheesecake recipe. The second is Blanche Devereaux’s pecan pie cheesecake. Chris also talked the live audience through the making of an alcohol-free ginger lemonade, inspired by the season 7 episode “Old Boyfriends.”