Preview – Heavyweights Clash for the Interim Championship at UFC 265

The big boys are back. The UFC returns to Houston this Saturday with the interim heavyweight championship on the line just months after a new king was crowned. And anytime you get two of the best heavyweights in the world in the octagon at the same time, you’re guaranteed to get some fireworks.

Derrick Lewis and Cyril Gane will face off for the right to be called the best heavyweight in the world (at least until Francis Nnannou returns). Plus, an incredibly exciting bout will see two of the best welterweights the UFC has to offer square off and an all-time great will face a top bantamweight contender. Every now and then a fight pops up that you just know is going to be exciting. This is one of those fights. Both of these guys are on fire right now and quickly climbing the welterweight rankings. Chiesa is one of the strongest pound-for-pound grapplers in the UFC and overwhelms his opponents with relentless pressure. He brings in an 18-4 record and a four-fight win streak, with each of those wins coming over some of the best the division has ever seen. He’s going to want to use that grappling to take Luque out here and earn himself another big win.

That’s much easier said than done though as Luque is incredibly dangerous on the ground. He comes in with a 20-7 record, winning his most recent fight against former welterweight champ Tyron Woodley, who he submitted with a brabo choke. In fact, that was Luque’s third win via brabo choke and it’s becoming a bit of a signature for him. Those submission skills, combined with his powerful striking, make him a very dangerous opponent for Chiesa and anyone else for that matter.

My pick: Chiesa via decision

Any chance you get to see one of the greatest fighters to ever step into the octagon, you’ve got to be excited. Jose Aldo is certainly one of the most accomplished UFC champions of all-time and he’s still a very effective fighter even at the age of 34. With a record of 29-7, the surefire hall-of-famer is looking for back to back wins and a chance to make another run for a championship. He still has some of the most dangerous legs in the game and he’s going to want to keep Munhoz at range here.

Munhoz is another one of the best bantamweights in the game right now and is also looking for back to back wins. The American Top Team fighter is likely going to be looking to take Aldo to the ground to use his grappling here en route to improving his 19-5 record. If he can get inside the striking range of Aldo and grab hold of him, he can certainly control this fight. Of course, he’s going to have to walk through a buzzsaw to get there.

My pick: Aldo via decision 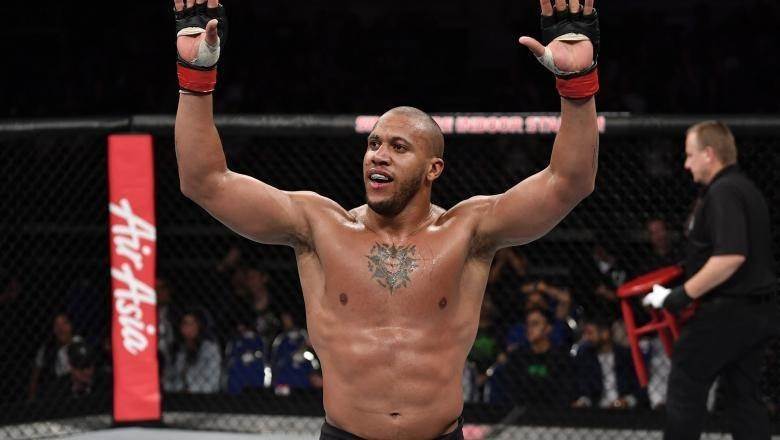 Just a few months ago, we witnessed the long journey of Francis Ngannou finally reach a head as he captured the UFC heavyweight championship. Now, due to injury, he is unable to defend his crown and two of the best contenders in the division will face off for the interim title.

The young MMA career of Cyril Gane has been incredibly impressive. At 9-0, he has been dominating his opponents with his superior athleticism and very strong grappling. Most recently, he controlled perennial contender Alexander Volkov en route to a dominant decision victory. Now, he’s going to have to use that same skill set to nullify the massive knockout power of Lewis.

Lewis will not make that easy. There are a few fighters in each division who can be considered a knockout artist and Lewis is certainly one of them. With a 25-7 record, he has racked up 20 knockouts including a brutal one over Curtis Blaydes back in February. He’s going to need to keep Gane at a distance and not let him use those grappling skills. If he can do that, it will only take one good shot for Lewis to be crowned the interim champ. The big question here is what happens when these two get into deep water.

My pick: Gane via 4th round knockout