TV Recap: “Grown-ish” Season 4, Episode 6 – “Put Your Hands Where My Eyes Could See”

Well, the second part of our two-part Black Lives Matter plot line has come to an end and, once again, it is going to be quite hard to recap conversation about acceptance, racism, and inherent bias among individuals. 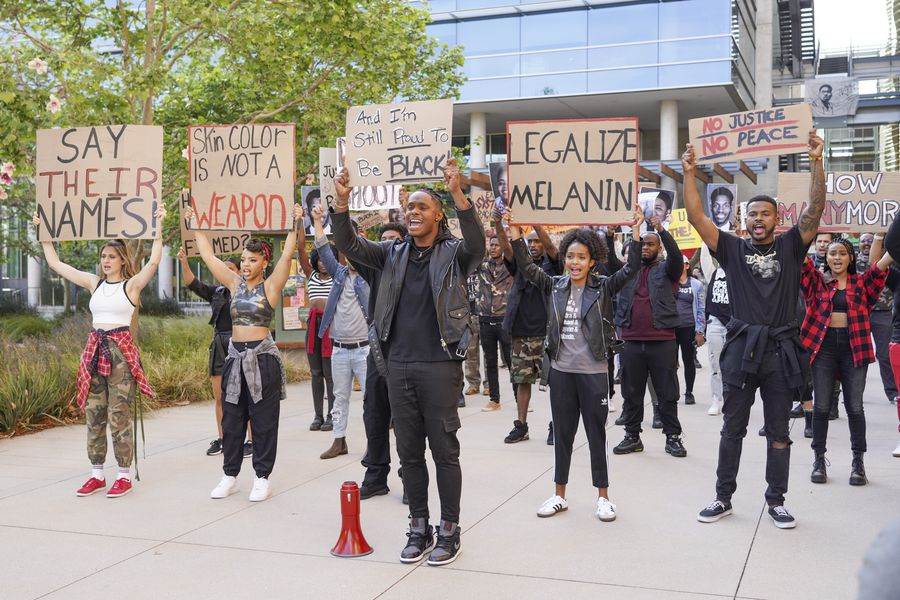 We start with the entire crew at a BLM protest, but as a curfew over LA County throws them all into a tailspin over where their own comforts lie, they separate and go their separate ways. Luca, Doug, Aaron, and Kiki head into the city to continue protesting, while the rest head home to discuss the day’s events and look at themselves objectively.

The quad unit heading into the city has to deal with police brutality breaking up the peaceful protest. Similar to the events of last summer, curfews were put into place to combat these peaceful protests, and when they continued, police used ample force to try and hinder them. From there, tear gas, looting, and more fueled the evening. The four follow a similar path, get separated throughout the night as they work to make their voices heard. Luca finds out Doug is hooking up with Kiki (yikes), but we don’t have a lot of time to sit with the situation, as there’s a time and a place. We find Kiki heartbroken, after being tear gassed a second time, scared there’s no future where the police brutality will end.

Meanwhile, Jazz, Zoey, and Nomi get into Dee conversation about looting and the resulting racist dialogue coming out of Nomi’s mouth. Now, Nomi isn’t shouting slurs. Instead, she’s stating opinions and using language to describe the protests in a way that is based on racism. Using terms like “those people” to describe those who are looting downtown, etc.

The other two girls try to discuss the issue with her language, but Nomi becomes immediately defensive out of fear and dread. When she calls her mom to discuss the matter, Nomi has to correct her over her own inconsiderate language. At that point, it clicks in Nomi’s head and she goes to apologize. Nomi understands that she will never fully understand what it means to be black in America and promises to work on listening in the future. 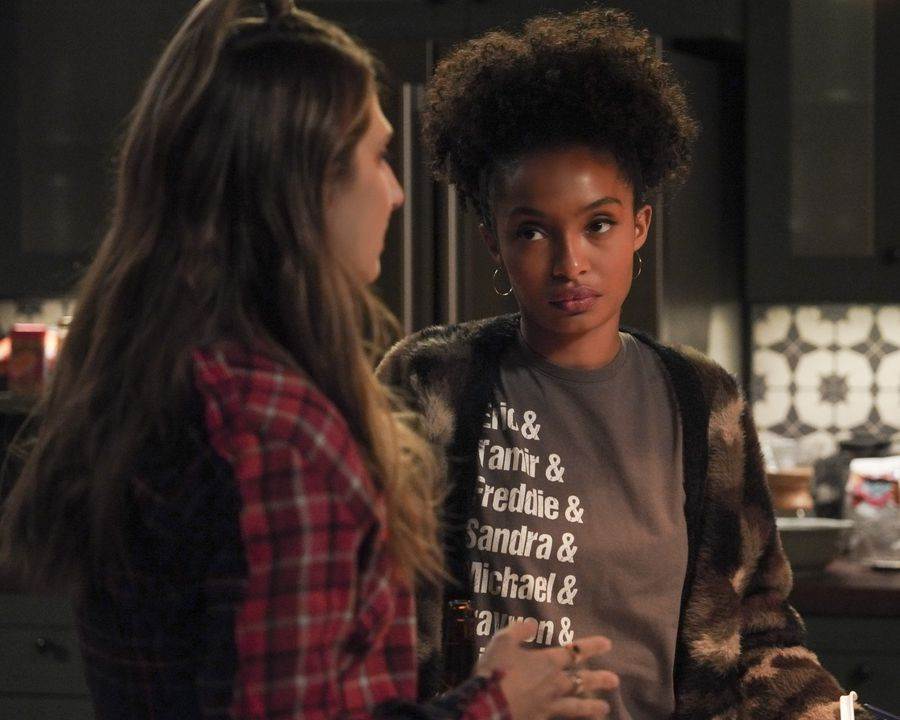 Javi and Ana breakup after Javi thanks the police for their service (after leaving a protest himself), making Ana question his own beliefs and his need to always be right. It’s a weird end to the relationship, but totally makes sense for the characters.

As Zoey says at the end of the episode, we must take the events of these protests and those we’ve lost and use that drive to work towards a better tomorrow. While this story arc is done on the show, it continues on in the real world. I urge you to click this link for more information about ways to donate or help black communities in your area.