Taking Norman Lear to the Next Level: How “The Ms. Pat Show” on BET+ Pushes Classic Sitcom Boundaries

“How can you not fall in love with her and how can you not know that America needs this right now?,” asked Lee Daniels, the Oscar-nominated filmmaker who serves as executive producer on The Ms. Pat Show, which recently debuted on BET+. “I knew that she would be doing some groundbreaking work and telling stories. Her story is a lot of women's stories. As opposed to dwelling into the negative or making it sad, she flips it on its head and we're laughing with her.” 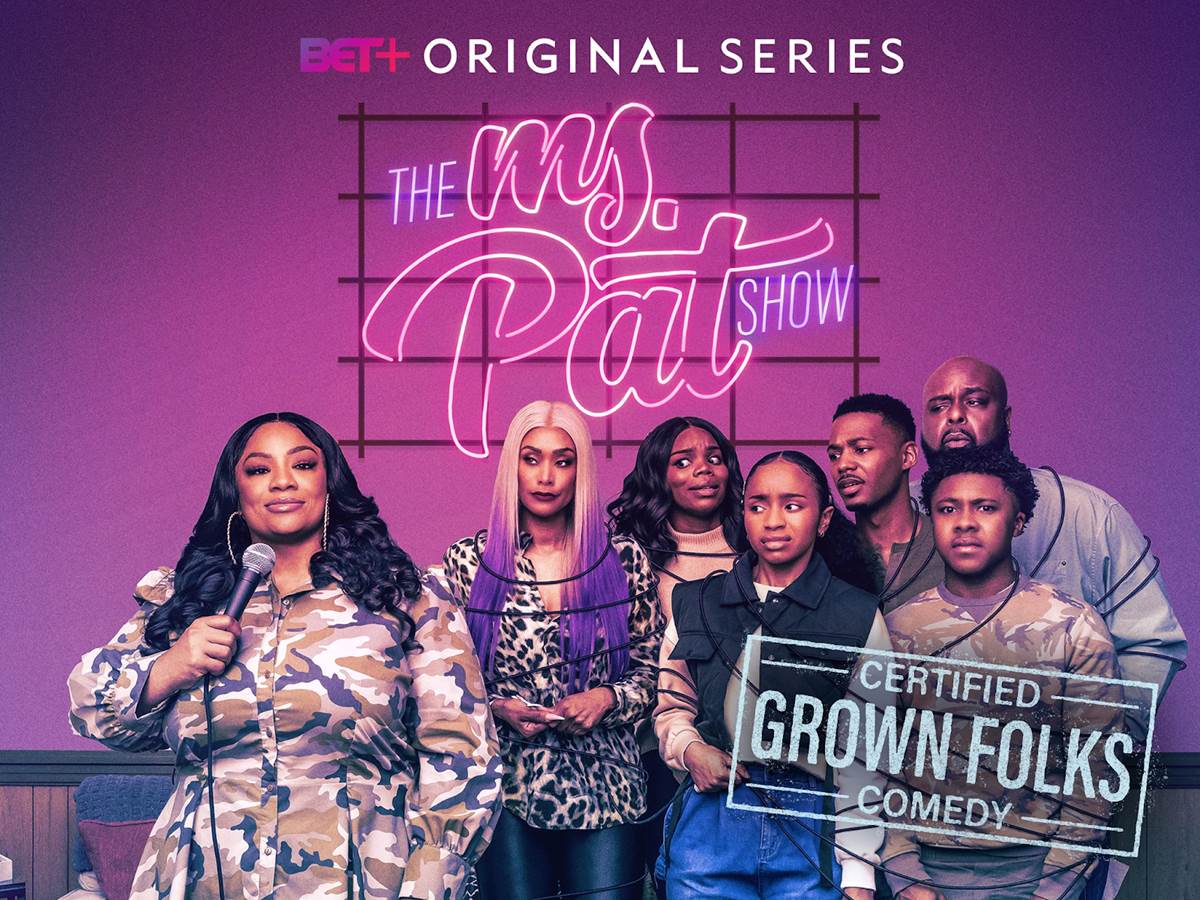 It was during production on Empire that one of Lee Daniel’s colleagues at Imagine Entertainment first started telling him that he needed to watch Patricia Williams’ comedy and read her memoir, Rabbit, which served as the inspiration for the sitcom. The producer, star and co-creator joined together at the TCA Summer Press Tour to talk about the long road to getting the series off the ground, a sitcom for “Grown folks” done in the style of classic TV sitcoms.

“I was a little nervous, but when I walked in,” Patricia Williams explained about her first visit with Lee Daniels at his residence in Chicago. “You've seen Lee Daniel winning Oscars and all of this stuff — I'm like, he’s never going to be a real person. And I walked in and, honey, he had on house shoes and he was like, ‘Sit down, child!’ And I was like, ‘Oh my god, he real, he’s real.’ And I left that night and I told my manager, I was like, ‘He can do this, I know he can do this.’ But who else touches Black women and turns them into gold?”

Helping transform Ms. Pat’s story into gold is Jordan E. Cooper, an award-winning playwright at just 26-years-old who recently appeared in the final season of FX’s critically acclaimed series Pose. Lee Daniels attended a performance of his show Ain’t No Mo and realized that Jordan’s voice was perfect for Ms. Pat’s comedy. “It started with Pat, her story and her book,” the co-creator and co-executive producer explained. “I've been a fan of hers for years before I actually met her… She finds a way to make humor out of the darkest parts of her life, which is my style of comedy.” As a college student, he recalled being unable to afford a copy of her book, but wanting to read it, so it felt like serendipity when Lee Daniels approached Jordan with the project and gave him a copy of Rabbit. “I was happy to get the doggone book. I read the book, I saw this sitcom in my head. I've always wanted to create an R-rated sitcom with a Black family where they're able to speak like real Black families talk in their household. And she was just the muse to be able to create this new format of television. And thankfully she trusted me.”

“I felt that it was worth the fight, years of fighting to make sure this was on the air,” Lee Daniels added, not specifying how long he’d been trying to get The Ms. Pat Show produced, but confessing that they shopped it around to multiple networks and studios. “It was too Black, it was too real… I think that we've never seen a voice like this on television. I think it’s some groundbreaking work from both Jordan and this incredible new talent, Pat.”

“All I could mention was Norman Lear,” Jordan revealed about his pitch to Patricia Williams about drawing inspiration from TV classics like All in the Family, The Jeffersons, Sanford and Son, Good Times and Maude. “I just kept saying his name over and over and over and over again because I feel like he really created the type of sitcom where you can use it as a Trojan horse to really have conversations, hard conversations, and put them in living rooms where they never would've been had before. And Pat naturally does that with her stand-up and with her book and with her life. I just thought that taking her life and her comedy and dropping it into this Norman Lear-ian kind of format, but breaking the door open with language and conversations even further than he went, that was just the goal for me. And the fact that he saw the pilot and called me and Pat and just told us how much he loved it was just ridiculous. I still don't have the words for it.”

One of the ways the show pushes boundaries is with its inclusion of a Black LGBTQ+ character. “It was a teachable moment with me when my daughter came out gay,” Patricia Willaims explained about how the show mirrors her real life. “I was raised in the Black community to think one way about gay people, but then when it hits you in your face, you have to choose. Do I love my child or am I worried about my child's sexuality? And I chose love overall. So when we decided to write an episode about it, I thought it would be a teachable moment for other people, or other parents who struggled like I did to accept the sexuality of their child being gay, which was really heartwarming… It was really touching for me because it made me grow even more as a gay parent because there's so many parents out there that don't accept it like I did, like I do on the show. So that's one of the reasons why we wanted to do it.”

“We wanted it to be real,” Jordan concluded. “We see so many coming-out stories on TV, iin sitcoms where it's like, the child comes out and the mom is like, ‘Oh, we're so proud of you, be yourself.’  And that's not reality for a lot of people.  We had the opportunity with Pat to really be real. ‘I don't want my child to be gay. I didn’t ask for this,’ you know what I mean? ‘I don't want no parts of this.’ And then really have to kind of take the baby steps to learn and be educated.  That's the brilliant thing about Pat's comedy.”

The only way to experience this boundary-pushing modern sitcom done in the classic Norman Lear style is to watch it on BET+.