Acorn TV, a streaming service from AMC, has been bringing some of the best international mystery shows to audiences for a decade. At the TCA Summer Press Tour, I got a preview of the fall slate which includes one brand-new show and three returning favorites. Here’s what you can look forward to this fall on Acorn TV.

My Life is Murder – Season 2 Lucy Lawless produces and stars in My Life is Murder, returning for a 2nd season starting August 30th. The show experienced a necessary change in filming locations, moving from the U.K. to New Zealand. “I was very worried about that, actually,” the star revealed. “You’ve got a whole new crew, a whole new writing staff apart from the head writer… We had to have Kiwi writers, because that’s where the money was coming from, so you spend it there, right? I was worried about that, but it turned out great… It translates very well and it’s a new city, and the city’s a character in our show, but she’s a beauty and I’m really happy to welcome people to my hometown.”

Visually, what sets My Life is Murder apart from other mystery shows is the use of bold, vivid, happy colors. “We do pump up the colors because that’s part of our agreement with the audience,” Lawless explained. “They’ll come for something bright and at the end of the hour, they will feel good… It was something that I did because I’ve done a lot of dark stuff in my career and I was a little bit tired of it, to be honest.”

Season 2 of My Life is Murder premieres August 30th on Acorn TV. 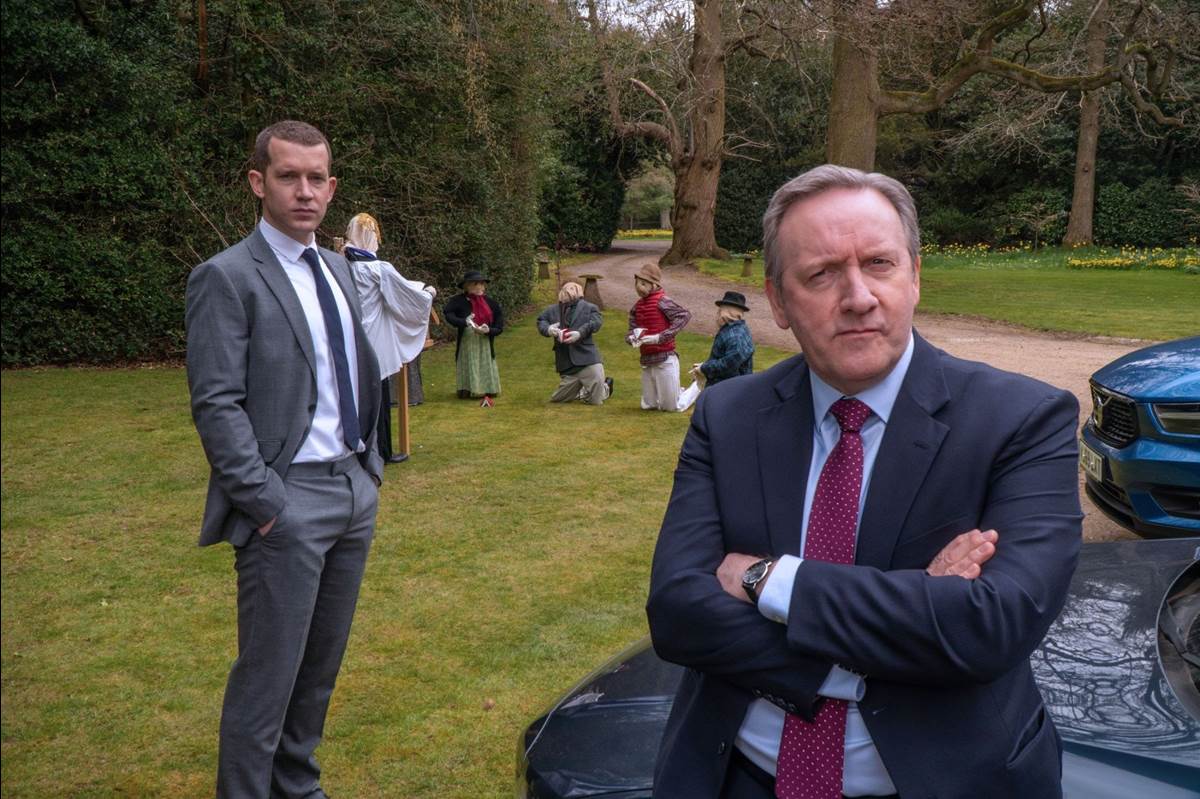 Now in its 22nd season, the long-running fan-favorite series created by the late Betty Willingale broke new ground for its approach of having a nice, levelheaded policeman at the center, played by Neil Dudgeon. “[Betty] always said, ‘It’s not a police show,’ which I try and tell everybody who comes to work on the show, because people think there’s a policeman in it therefore it’s a police show, but it’s not really,” Dudgeon shared. “It’s more of a sort of rural, mystery drama. But the point of it to me that I rather like is that he doesn’t have that edge.”

Like most shows, the global pandemic impacted production. But in the case of Midsomer Murders, it also created new opportunities. “We don’t shoot anything in the studio, everything’s always on location,” Neil Dudgeon explained. “We had a bit of a COVID bonus with that because the house that that was shot in is a National Trust property. And normally, if you want to film there, it's tremendously expensive. But because so much stuff had shut down and they'd lost so much money, they needed to try and recoup some income by letting us have it much more cheaply than it would normally have been. So we managed to get into a much nicer house than we would have shot that episode in without COVID. So every cloud, as they say.”

You can catch Season 22 of Midsomer Murders starting September 27th on Acorn TV. 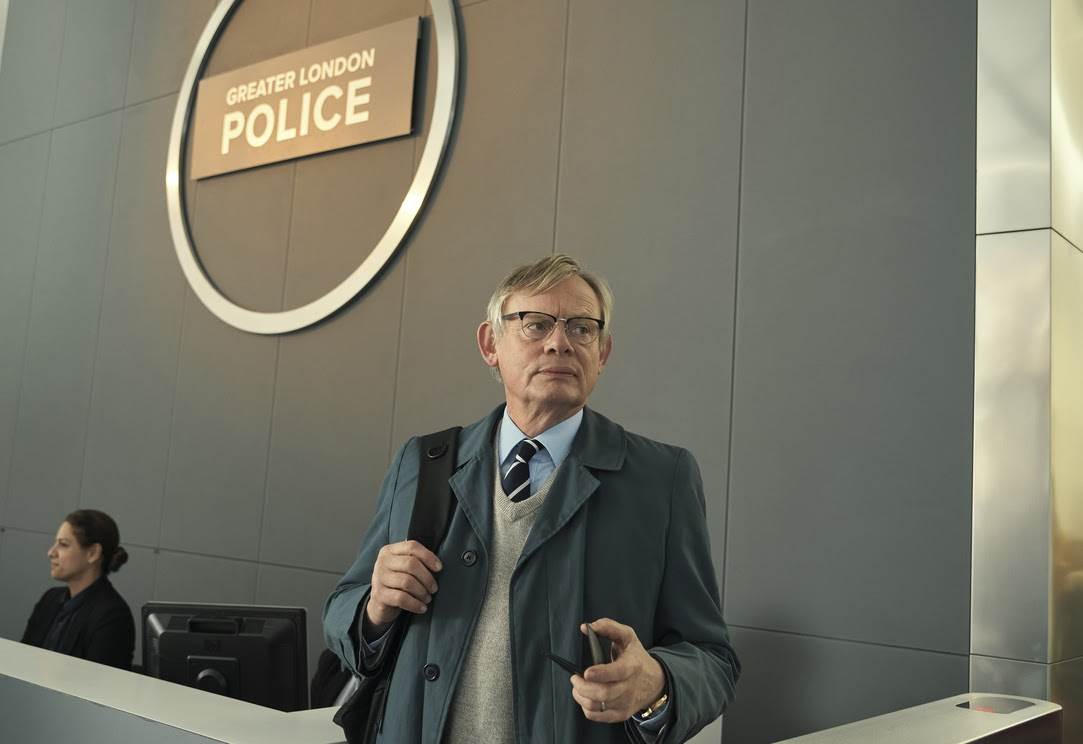 “Manhunt is based on real crime and the real detective is on set, and he approves every comma, every false stop,” executive producer and writer of Manhunt: The Night Stalker, Ed Whitmore, shared. “It’s interesting because I’ve written a lot of crime drama since I was 25, and it's a departure, really, because you had to sort of leave melodrama at the door. We’d sort of cut to the commercials on something that would be too small scale in a regular, made-up drama.”

“People come to true crime with a different mindset,” Whitmore added. “There’s a gravitas that you have that’s yours to treat respectfully and it acts sort of as a weight and a capital that you spend wisely.” There were also two fictional shows that inspired the tone of Manhunt. “Prime Suspect with Helen Mirren in the U.K., and sort of the feel of The Wire felt almost like a documentary and was still completely compelling, so they were the kind of shows that we looked to find the tone of Manhunt. 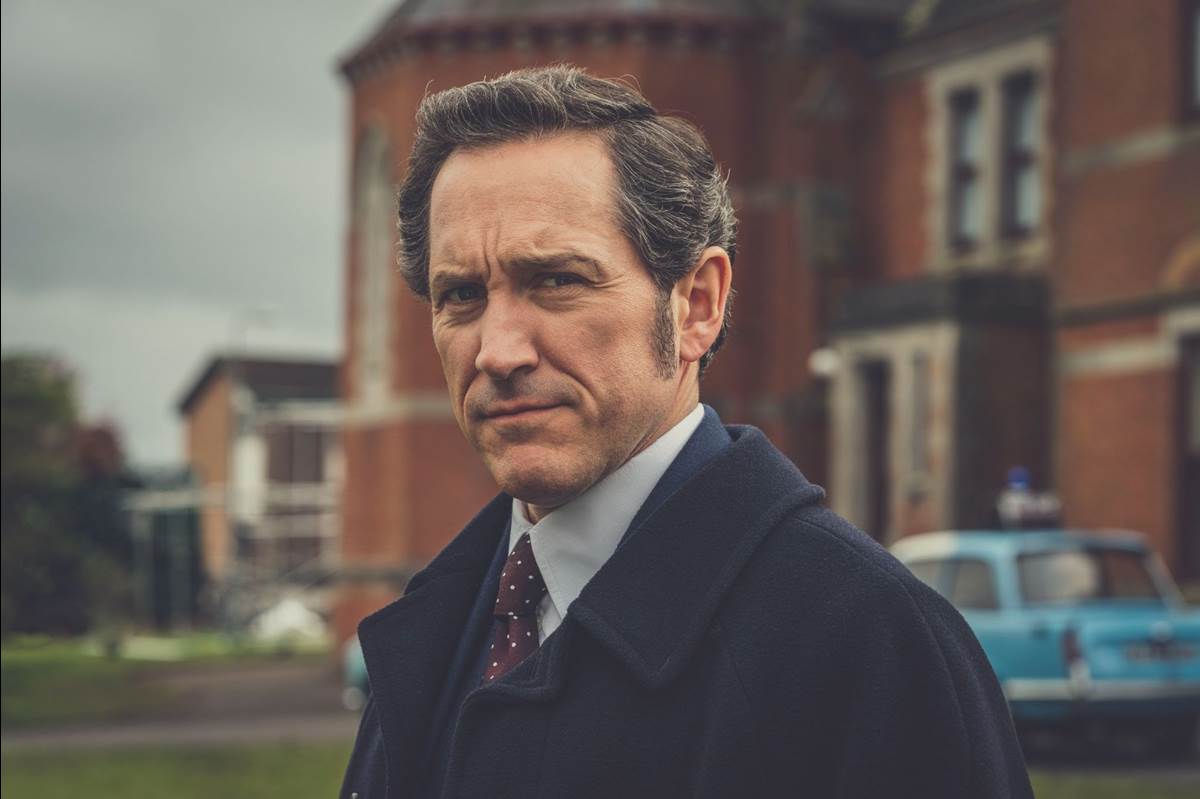 Bertie Carvel stars in Dalgliesh, a new series based on the popular books by P.D. James. The detective is also a poet, but the author has never revealed what type of poetry he writes. “There’s no mention of his poetry,” revealed Bertie Carvel. “We don’t get to know what kind of a poet he is. Someone sort of says he’s a poet. What I love about that is that it hints at a kind of hinterland. In other words, these people have lives away from the screen, and then it’s up to me to go and figure out what his poetry might be and to dig a little deeper as to why maybe we don’t get to, in our series, why don’t we get to see that side of his life. In fact, I think his pen has been dry since the death of his wife which, again, happens off-screen. So there’s a whole kind of story… that in P.D. James’ novels she doesn’t knit together for you.”