TV Recap – “Marvel’s What If…?” Sees the Destruction of the Avengers Before They Even Assemble

To this point, Marvel’s What If…? has explored a couple of stories that has altered the course of history in the Marvel Cinematic Universe. However, none of them have so drastically changed the story as much as this week’s third episode which explores what would happen if Earth lost its mightiest heroes. 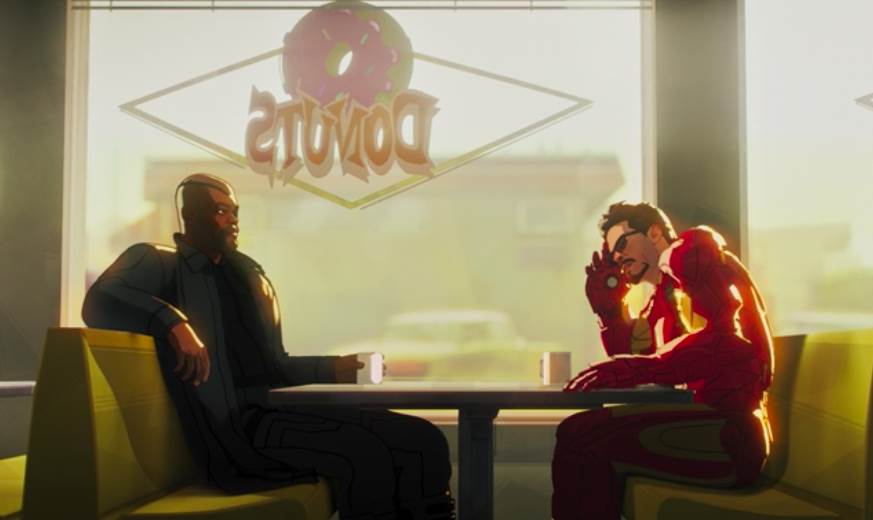 The episode opens with Nick Fury and Black Widow heading to meet with Tony Stark at the Donut Shop, in the familiar scene from Iron Man 2. This time though, when Widow enters and injects him with the antidote for his condition, he reacts poorly and dies almost instantly.

The Watcher summarizes the events that led to the assembly of the Avengers but explains that this is how they played out in our universe, but this one is different. We see Coulson discover Mjolnir in New Mexico while Fury meets with Widow, who has been framed for Tony’s murder. Fury slips Widow the syringe they used on Tony and tells her he’s counting on her to solve this as she is led into a van filled with S.H.I.E.L.D. (but really Hydra) agents, including Rumlow. Widow gets free of her handcuffs and makes short work of the agents and escapes.

Meanwhile, in New Mexico, Fury arrives to investigate Mjolnir with Barton. We see Thor make his way through the the security team, so history has already been altered here as well because Fury is in attendance for the show. As Thor gets to Mjolnir, Barton takes aim and Fury orders him to hold. As Thor goes to lift his hammer, Barton fires and kills Thor. He tells Fury and the other agents he didn’t fire but he is locked up anyway.

Fury tries to talk to Barton but when he doesn’t get a response, he realizes he’s dead. The agents say they never let anyone into the cell and Fury tells Coulson Barton had a family and wouldn’t have killed himself. The two of them try to piece together all of these mysterious deaths.

In Virginia, Widow meets with Betty Ross to use her expertise to hopefully solve the murder of Stark. Ross is skeptical, having had run-ins with S.H.I.E.L.D. as she was trying to help hide Bruce Banner. Ross explains that Stark’s death was not biological but instead a projectile was fired from the syringe.

Before she leaves, Widow gets a call from Fury informing her that Barton is dead. Angered, she asks who she has to kill. They piece together that the killer is targeting candidates for the Avengers Initiative and Fury informs her that the remaining members are her and Bruce Banner. Widow informs him she’s found Banner and heads to a closet. Ross tries to stop her but Banner opens it and steps out. 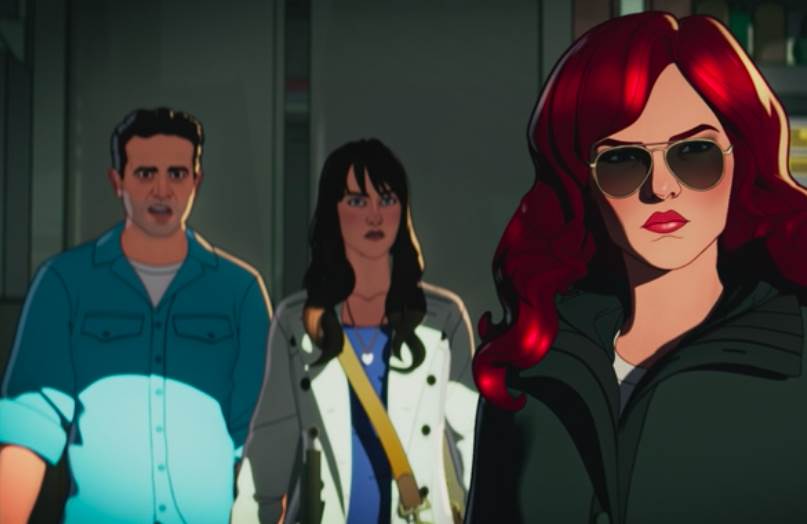 Coulson gets back to the base in New Mexico but is interrupted by Loki and the Asgardians arriving. S.H.I.E.L.D. responds and Fury tries to negotiate with Loki, but is interrupted by his phone ringing. We see that Widow is trying to call him before she and Banner get surrounded by a military team.

Loki explains that he is there to avenge the death of Thor while someone shoots Banner in the arm. Loki unleashes the Casket of Ancient Winters on the S.H.I.E.L.D. team while the Hulk wreaks havoc on the military. Suddenly, the Hulk begins to expand and eventually explodes.

Fury tries to explain to Loki that attacking them won’t bring Thor back and Sif convinces Loki to stop. Fury negotiates with Loki and they agree that Fury will have until sunrise to find this assassin. Loki threatens to destroy Earth if he does not get Thor’s killer. Loki’s demeanor is interesting as he seems to be genuinely determined to avenge Thor. Perhaps his motives have also been altered in this universe.

Widow sits at a computer in a dark public library as she tries to investigate these mysterious killings. She realizes someone is trying to sneak up on her but when she looks back, there is no one there. As she looks back at the computer she pulls up files on agents, including Janet Van Dyne, who shows as deceased. She hears someone sneaking up on her again and seems to know who it is, simply saying “you won’t win.” She’s attacked by a seemingly invisible enemy and tries to leave a message for Fury, saying “It’s Hope, it’s all about Hope.” 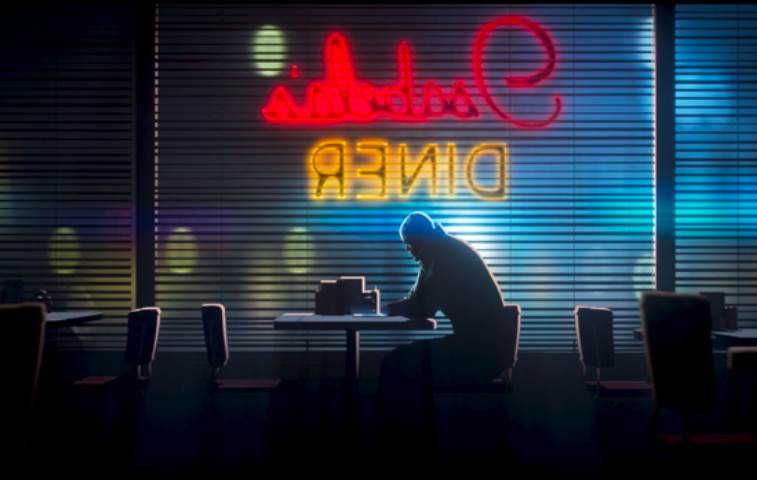 Fury listens to the message before meeting with Coulson to discuss the situation. Coulson tells him there’s still one name left on the list of potential Avengers: Fury’s. Fury says he’s not the only Avenger left and walks away. He heads to his car where he pulls the pager from Captain Marvel from his glove compartment. He then pieces Widow’s message together and drives off. He arrives at the base the Asgardians have set up and asks the Destroyer to speak with Loki.

In San Francisco, Fury visits the grave of Hope Van Dyne. Hank Pym arrives and confronts Fury but we see that he is wearing the Yellowjacket suit. Pym reveals that Hope died while on a S.H.I.E.L.D. mission and he blames Fury for her death. We see a montage of Pym being responsible for the deaths of the Avengers.

Pym attacks Fury but is simply swatted away. Fury dodges every one of Pyms attacks and leaps over him in a very acrobatic move, which catches Pym off guard. He continues to get the better of Pym before it is revealed that this is actually Loki disguised as Fury. The Asgardians surround Pym and take him as a prisoner. Fury tells Loki to take Mjolnir and leave Earth but Loki tells him there’s been a change of plans.

Loki sits with the UN and broadcasts a message to the world explaining that he is now in charge of Earth. He even delivers some of his bad guy speech from The Avengers. In a S.H.I.E.L.D. base, Fury and Coulson look over the caskets of the Avengers. Fury tells Coulson there is still a need for heroes and we then seem him discovering Captain America’s shield in the ice. He says “welcome back, Captain,” and turns to see Captain Marvel has arrived. It appears Fury has a new team of Avengers started to challenge Loki. 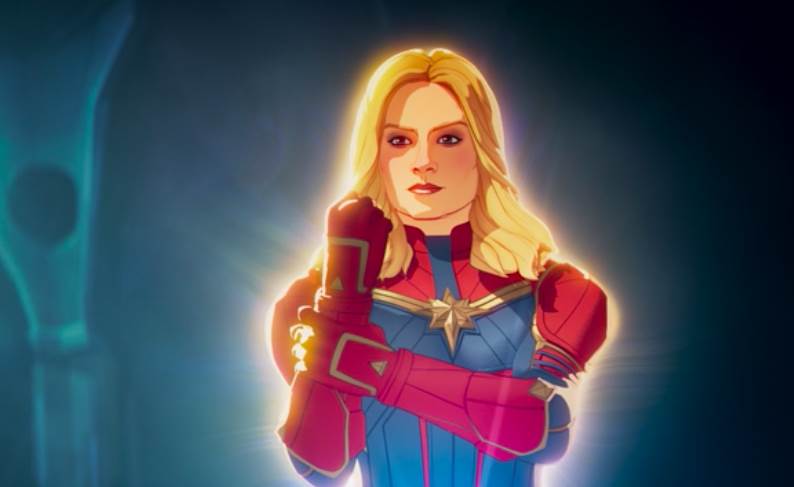 This is the strongest episode of Marvel’s What If…? yet. While it doesn’t really give us the specific “what if” moment like the previous two episodes, it lays out a great new story with a very intriguing mystery. It removes some of your favorite characters form the equation while also completely flipping another. It also sets up a very interesting story for a future episode with the new Avengers assembling to take on Loki.