The UFC returns to the APEX in Las Vegas this weekend for another great night of fights. As we still wait for the next big pay per view event, we luckily have another exciting fight night to hold us over. Sometimes it’s not about the championships and the big names, but rather the stylistic matchups that make for a great event.

Two top middleweight contenders will square off with a potential big jump in the rankings on the line and a championship opportunity somewhere down the road. Plus, two exciting heavyweights will clash as they look to continue to climb the ranks and two welterweights will look to crack the top 15.

The welterweight division has talent all over and that is keeping these two guys out of the top 15. Morono comes into this fight with an impressive 19-7 record and is coming off of an impressive knockout win over Donald Cerrone. The 31-year-old is very well-rounded with six wins by submission and six by knockout so he’s comfortable wherever this fight ends up.

Zawada brings a 17-6 record into this bout, though he has been struggling a bit as of late. Coming off of a loss and dropping three of his last four, Zawada finds himself in need of a big win here so this is a big opportunity. Of his 17 wins, 11 have come by knockout. However, his two most recent wins have come by submission so he is also willing to take this fight wherever it goes. This should be a very interesting matchup.

Heavyweight fights are almost always fun. That’s especially true when you get two of the best heavyweights in the world. Aspinall comes into this fight with a 10-2 record and eight knockouts. He is also riding a six-fight win streak and has only gone past the first round once in those six contests. Aspinall is a destroyer and his game plan is no secret here: he’s looking for a knockout.

That’s easier said than done though, as Spivac comes in with a 13-2 record with six submissions and five knockouts of his own. He’s on a three-fight win streak, including a decision victory over top contender Alexey Oleynik. He has the knockout power on the feet to stand and trade with anyone but his grappling is where he truly shines. He might be willing to stand and bang with Aspinall, but it seems likely he will look to grab hold of him at some point. 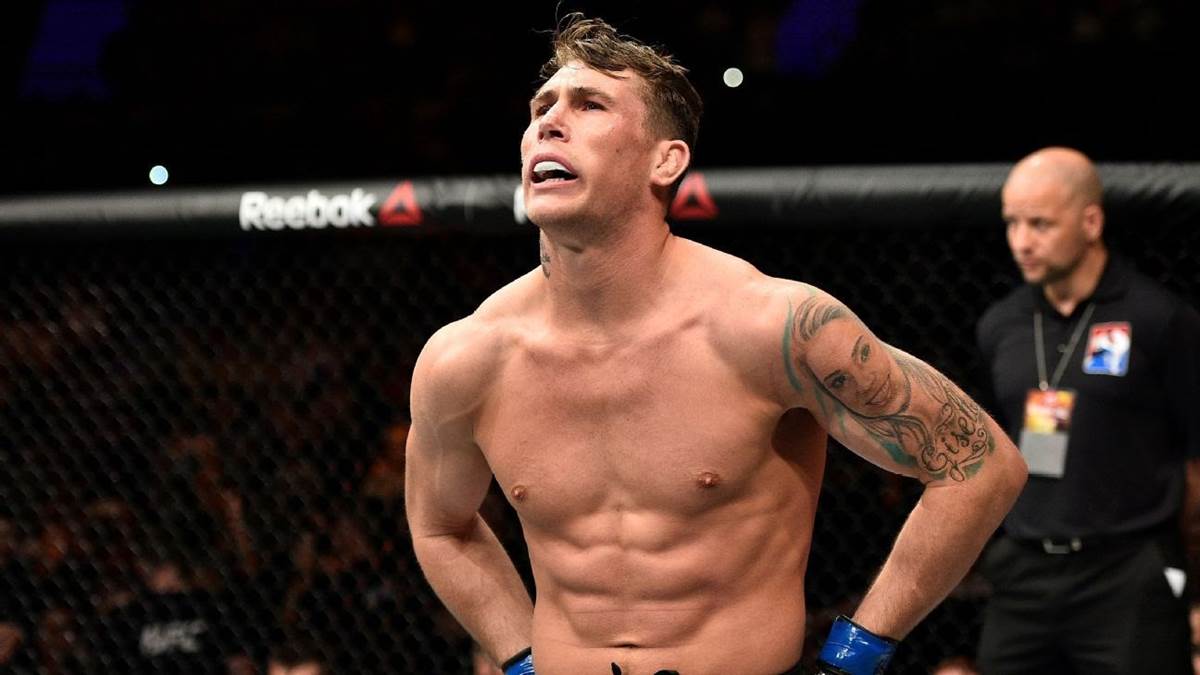 British UFC fighter Darren Till – Why my fight in March didn&#39;t happen

The middleweight division is loaded with talent and these two guys have become gatekeepers of sorts. Both fighters are incredibly talented but for one reason or another, they haven’t quite been able to get over that hill to the top of the division. For Till, that began at welterweight and has seemingly carried over into middleweight. A win here though would be a big step for both fighters.

Brunson comes in with a 22-7 record and is riding a four-fight win streak. He’s shown off some incredible skills, to the tune of 12 knockouts, and has beaten some really talented fighters. However, when he’s been on the big stage, he’s dropped fights against Robert Whittaker, Anderson Silva, Jacare Souza and current champion Israel Adesanya. He’s proven he’s one of the best. Now he just needs that big signature win.

Till has a very similar resume, with a 18-3 record and a lot of impressive wins. He’s also lost to Whittaker, as well as former champions like Jorge Masvidal and Tyron Woodley. The big difference here though is that Till has struggled as of late. He’s lost three of his last four fights (all three against the aforementioned opponents). For a guy as talented as he is, stretches like this don’t come often and he is going to be looking to do whatever he can to end it. Till is a prolific striker and he’s going to need to put that to work against Brunson.

UFC Fight Night: Brunson vs. Till will be held Saturday, September 4 at 4 PM ET. Fight fans can watch live on ESPN+.