As someone who has not been to a Disney On Ice presentation since my youth (the last one I remember was actually a production of Aladdin), I honestly had no idea of what to expect outside of “hey, these characters look like ones in the park, but ON ICE!” Thankfully, it’s so much more than that and I was very impressed. 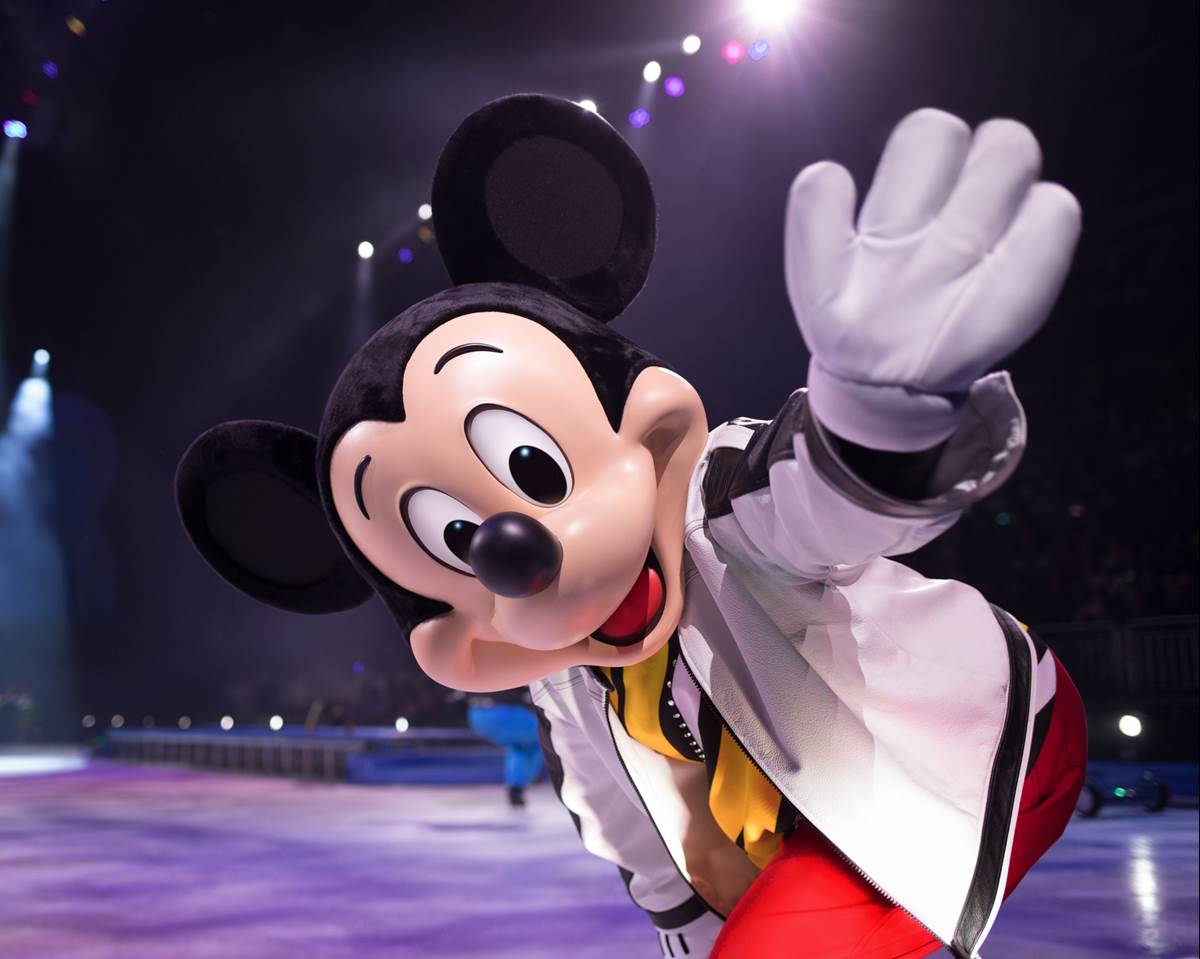 This time, the production I got to see was Mickey’s Search Party and was a sort-of greatest hits collection from (now) classic Disney films, and some of the modern favorites. Last night was opening night in Orlando at the city’s Amway Center, and the show will remain there through the weekend with several performances daily. 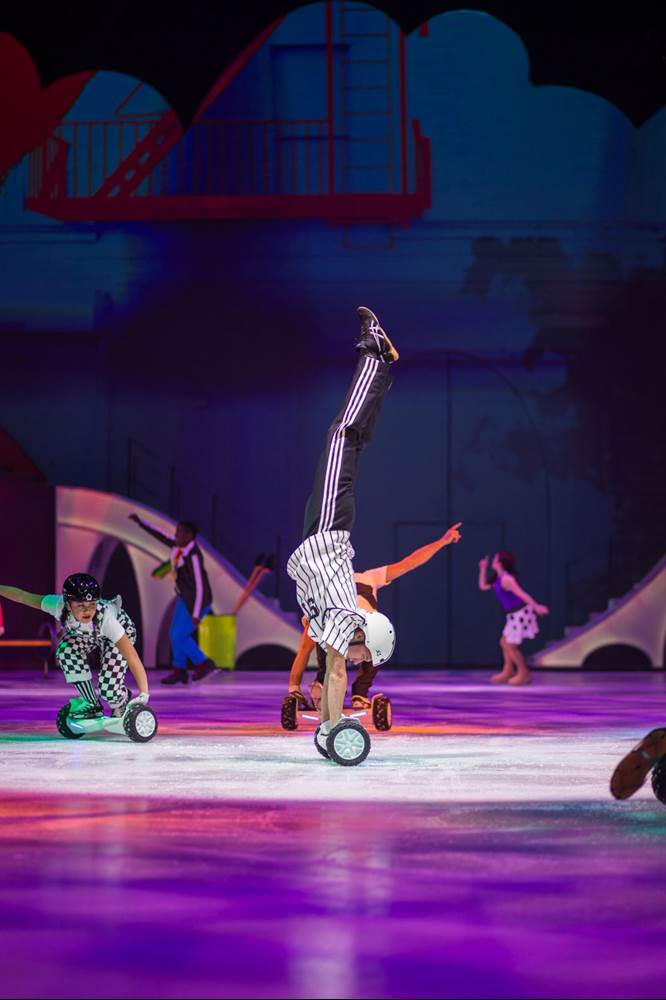 As the show opens, we see some of Captain Hook’s bumbling pirate crew scheming to steal Tinker Bell’s magic wand so that the captain can use that magic. They are also playing with some boomerang toys, conveniently on sale at concession stands throughout the arena, that aren’t seen again throughout the show. Candidly speaking, this concerned me. I had thought my fears of this show being solely for the youngest of children were now being confirmed. Thankfully, this portion ended and the show opened properly and proved me wrong. 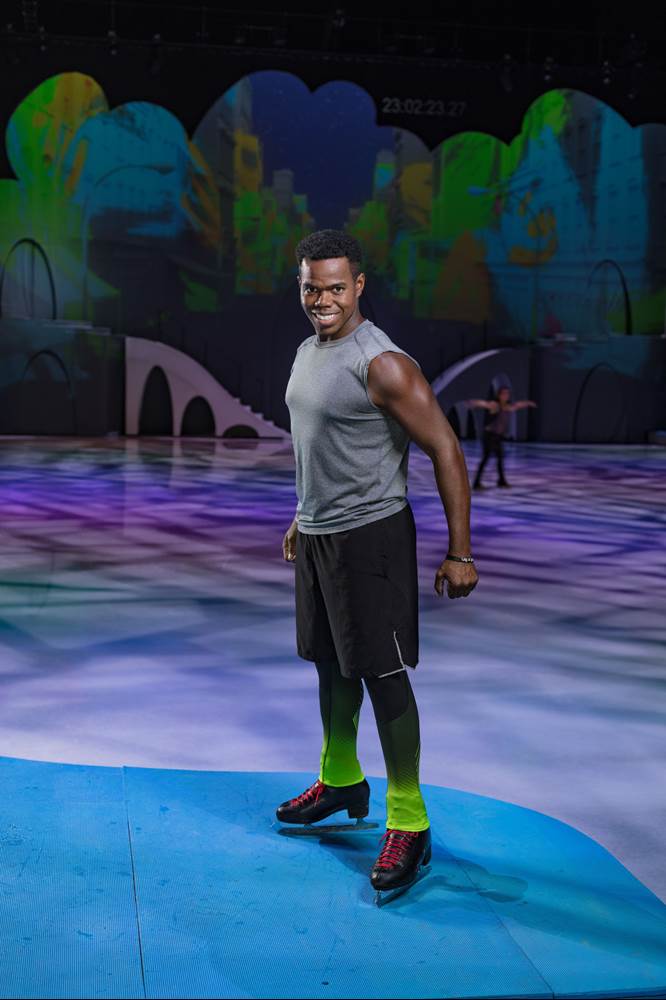 Hosted by Alex and Isabella (pictured above), who get the crowd built up as the cast hits the stage and welcomes Mickey Mouse, Minnie Mouse, Goofy, and Donald Duck in an opening number that sets the tone for the rest of the show. With a little help from Tinker Bell, the Magic Meter is full and ready but those pirates are back and trap everyone’s favorite pixie, decreasing the magic in the show, but don’t worry! They left behind a map that has clues, and with the magic of the stories they discover, they can build that magic meter back up! Throughout the show, we see segments from Coco, Frozen, Aladdin, Beauty and the Beast, The Little Mermaid, and Toy Story. For me, the real standout of the show is the Moana portion, which uses projection mapping technology to great effect, allowing performers to recreate scenes from the movie on the ice and set pieces better than any of the other segments. 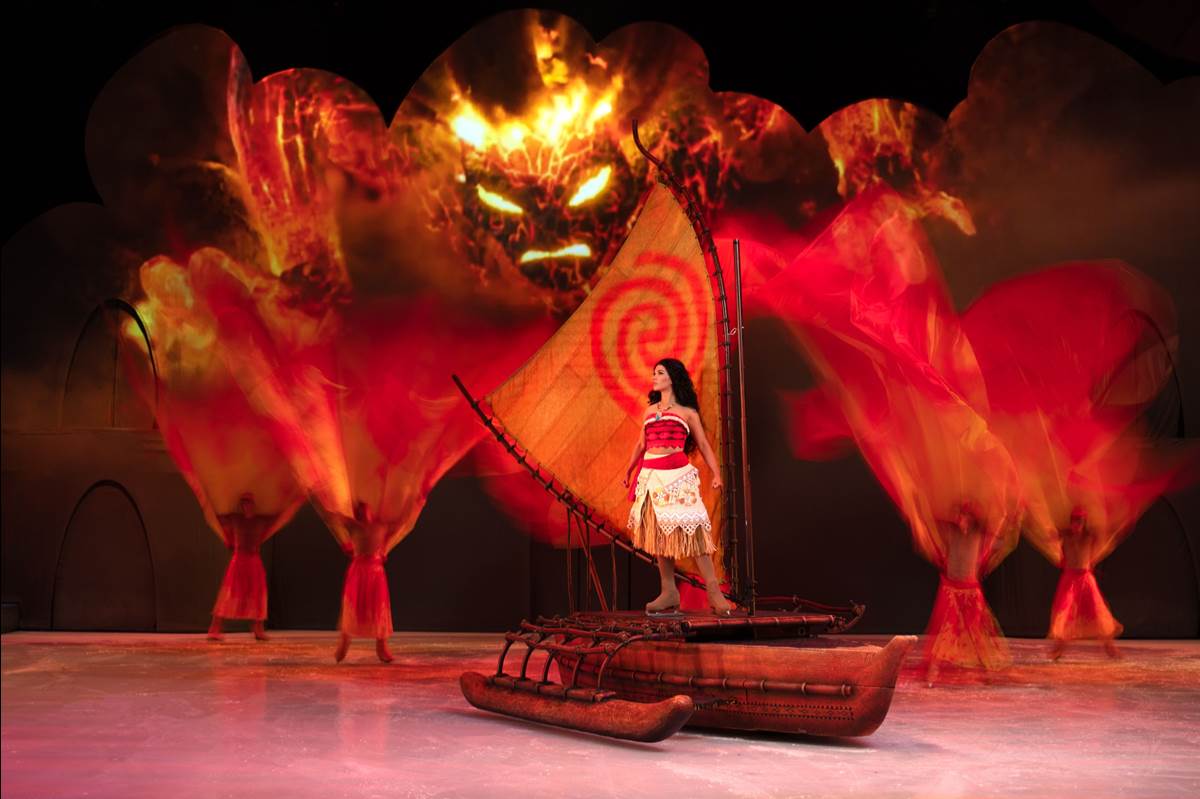 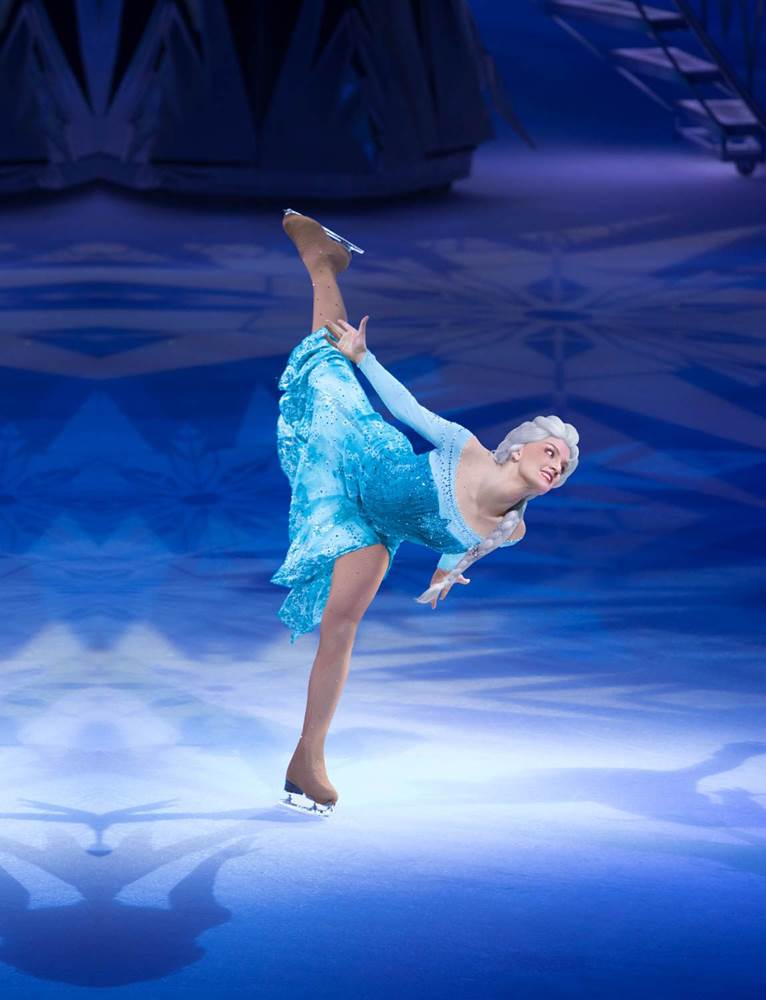 I remember my Disney On Ice experiences when I was younger being isolated to a single film, being retold in a new way on the ice. I am actually quite fond of the approach that Mickey’s Search Party takes, with multiple films represented throughout. The loose narrative allows for more choreographed, high energy production numbers than what sticking to a strict story (and the lulls they might have) would allow. This appears to be the trend too, as other shows offered by Disney On Ice seem to take a similar approach. 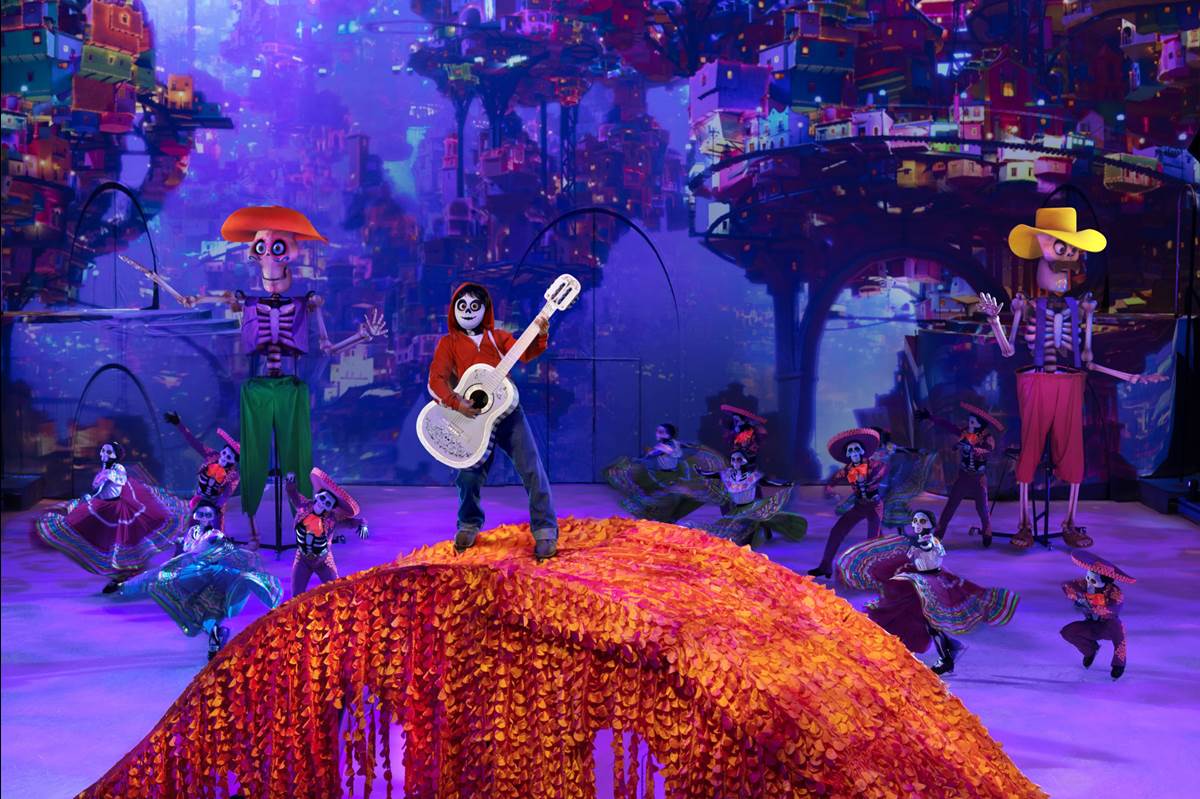 All in all, Disney On Ice – Mickey’s Search Party is great fun not just for kids, but for adults too. The kids will love seeing their favorite characters (trust me, Buzz Lightyear and Maui got the largest crowd response, barely beating out the mention of the word “Frozen” from our hosts) and the adults will love the talent and skill of the show’s performers, ice, aerial, or otherwise. 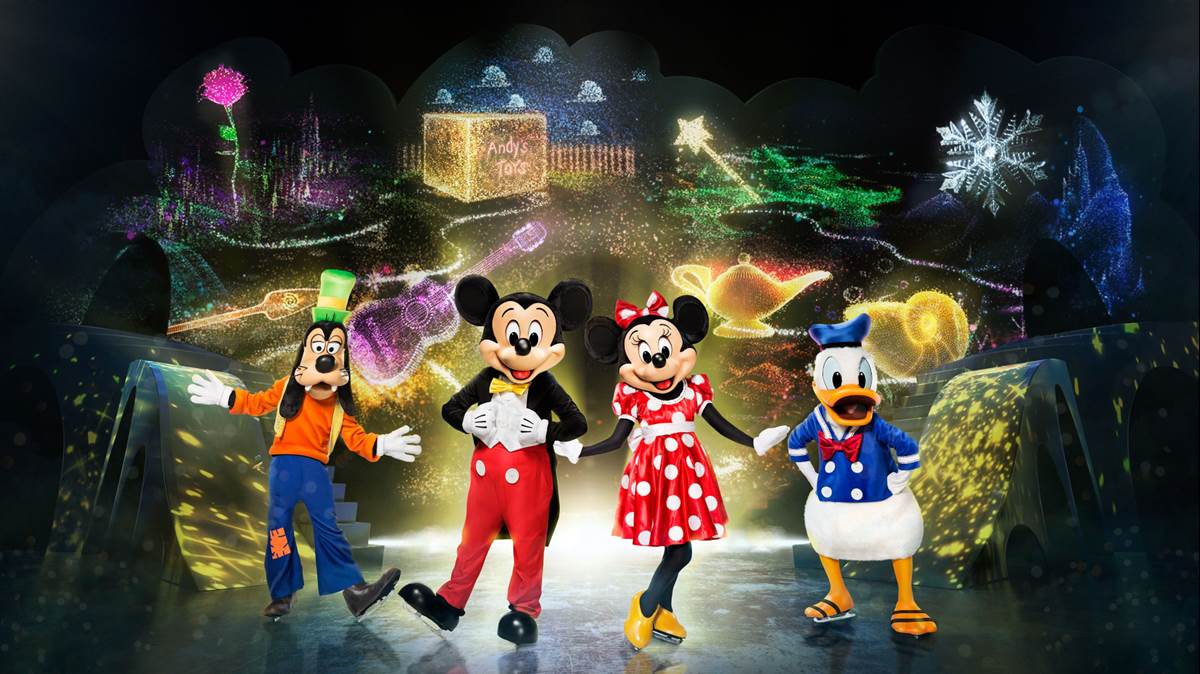 Disney On Ice – Mickey’s Search Party is in Orlando at the Amway Center now through September 5th. You can catch it in:

For more dates and locations and to purchase tickets for this or other Disney On Ice shows, click here.