In the summer of 1999 the Walt Disney World Resort tested a complementary system called FASTPASS at Disney’s Animal Kingdom that has gone on to change how guests visited theme parks ever since. But, that is not to say they were the first to have a “virtual queue” system. As far back as the 1970s, Universal Studios Hollywood would issue a “Boarding Pass” when guests entered the park with a window of time to come back to join the queue for the World Famous Backlot Tour without waiting for hours in line (sounds like an early version of FASTPASS to me). Now that we are approaching the newest iteration of this system I wanted to see how they stack up against each other. 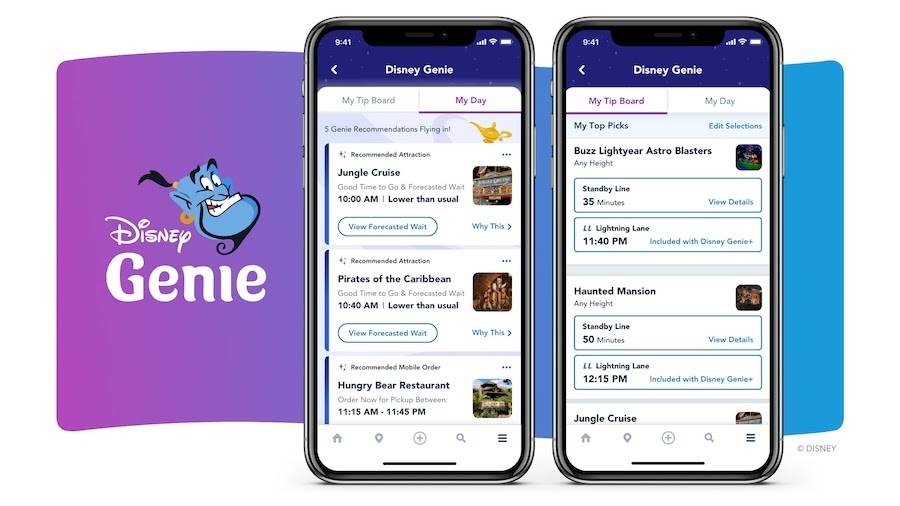 PRICE (Not Including Admission Price)

Starting at $119.99 (Both Parks/Unlimited Attractions)

Starting at $79.99 (Both Parks/Once Per Attraction)

Starting at $109.99 (One Park/Unlimited Attractions)

I know that one of the biggest complaints about Genie+ is the fact that Disney Guests never had to pay for FastPass/FastPass+ but the numbers above really show a massive difference. Thus, I think Disney Genie+ wins this round (although we’ll need to see the feature in practice to know for sure). Meanwhile, the Lightning Lane Selection option isn’t really something we can sound off about without more information but my take is that the upcharge won't be worth it to me because I am a local and visit the theme parks often. Plus, I feel like those who do wish to pay will help even out the wait times. I am sure there will be many that see whatever the cost will be worth it to avoid the wait, but I also feel it is closer to the Universal Express Pass in this instance.

The ability to book Lightning Lane return times for the included attractions from the app one at a time throughout your entire day, including park hopping, starting at 7am on the day of your visit. Disney parks-themed audio experiences and photo features to capture your memories – augmented reality lenses for those visiting Walt Disney World Resort.

Guests will be able to purchase up to two Lightning Lane Selections per day, with the first being available as soon as you enter the park.

The ability to skip the regular line at participating rides and attractions once, with additional charge for park hopping.

The ability to skip the regular line at participating rides and attractions as much as they like, with additional charge for park hopping.

This will be the biggest debated area, having used MaxPass (Disneyland Resort paid system) I found I was able to book attraction return times with ease as the day went on as well as having time to enjoy the attractions not included. With the Universal Express Pass guests are free to move from attraction to attractions skipping the regular line and knock out most of the park in a few hours. Once the guests that purchased either Express Pass have done all they want to do, you will see little to no wait for most attractions as the park starts to empty.

This is really up to each guest. I know people that feel the price for Genie+ is ridiculous, but will go to Universal and gladly pay for the Express Pass because they don’t want to wait in any line. I like to enjoy the parks and while knocking out every attraction in a few hours seems like a great idea I look at the flip side of you just paid so much for your admission into the park why not make the most of it? Would you rather spend $15.00 and enjoy a few shorter waits for attractions but spend more time in a park or purchase the Universal Express Pass run through all everything and be done by 2 P.M.?

This is a topic that will be debated as long as these systems are in place and this is just my take on it. What are your thoughts on Disney Genie+ vs Universal Express Pass? We would love to hear from you, join in the conversation on any of our social media outlets.