In the second episode, titled “Heisman Campaigns,” Eli looks into the politics of winning the iconic award. He revisits his own experience as a runner up and visits with some other people who might have experience in that realm. 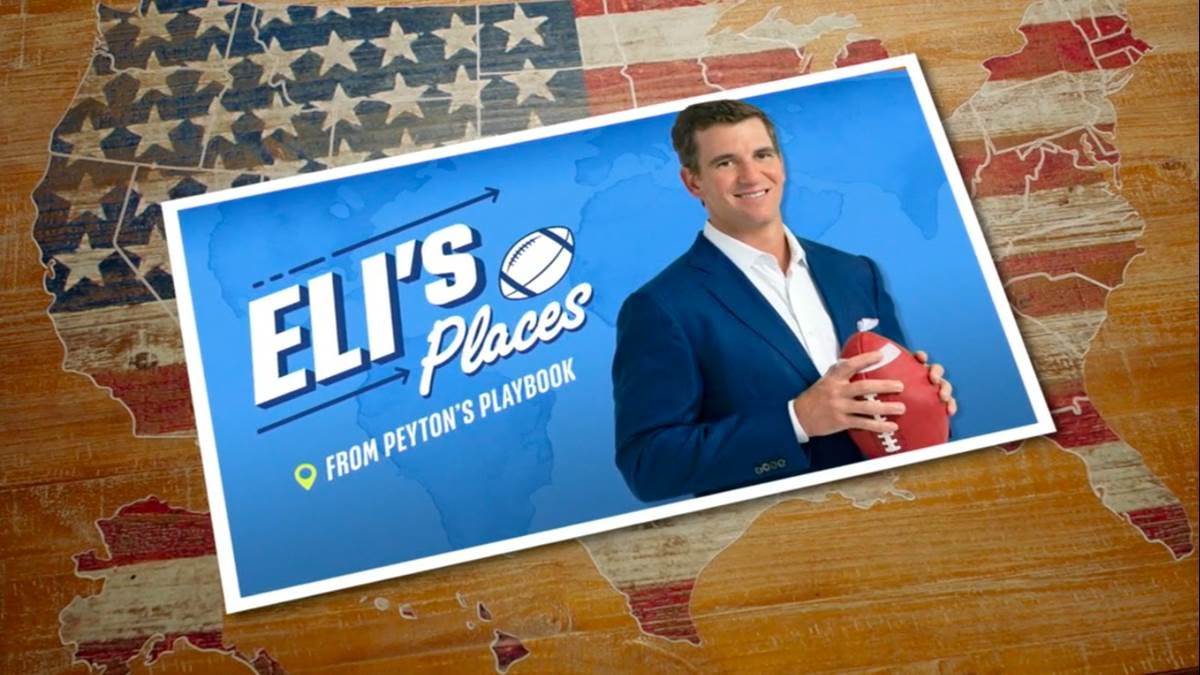 The episode opens with a look at the 2003 Heisman Trophy award ceremony. Eli explains how the coveted award eluded him and was given instead to Oklahoma quarterback Jason White because of a “campaign.” Eli is then joined by future NFL Hall of Fame wide receiver Larry Fitzgerald at location where all of the top College Football awards are made.

Eli provides some history on the award and explains that no Manning has ever won it. His father, Archie Manning, came close twice but fell short. Peyton lost to defensive back Charles Woodson thanks to a “shouldn’t a defensive player be able to win the Heisman” campaign. And, as we saw earlier, Eli lost to White. He explains that he couldn’t have played better but he likely could have campaigned better.

Eli heads to Louisiana State University to meet with former campaign manager James Carville. Together, they discuss the history of players campaigning for the Heisman Trophy. We get to see some of White’s campaign from 2003 in a video package created by ESPN. Eli explains that he chose not to run a campaign and thinks that might have contributed to his third place finish.

Eli then shows Carville some negative ads he’s created for White and the rest of his competition. Carville laughs off some of them, but eventually approves. 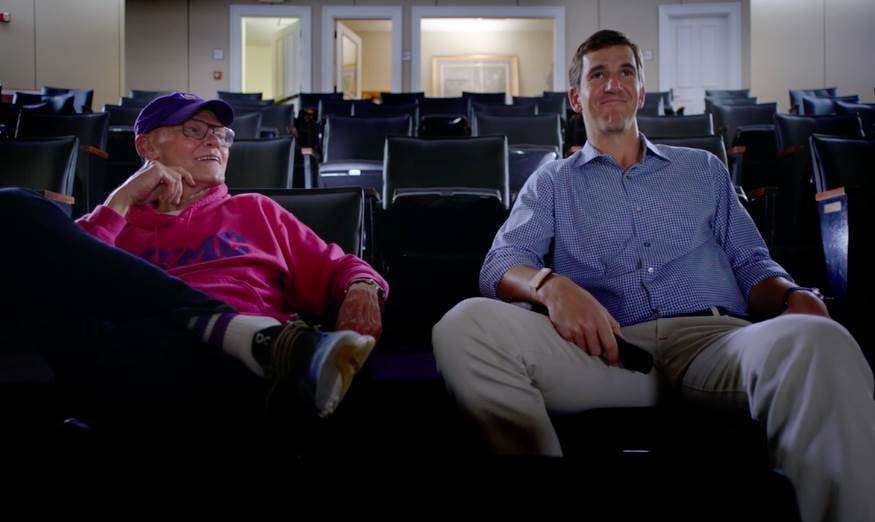 Eli then flies to New York to meet with legendary quarterback Joe Theisman. Together, they tell the story of Theisman’s change in the pronunciation of his name. Turns out, the sports information director at the University of Notre Dame convinced him that they should pronounce it to rhyme with Heisman, as a hook to help him with the trophy. Unfortunately for Joe, he did not win the award but the pronunciation stuck.

They then discuss how he has managed to parlay that campaign into a career in broadcasting and in advertising. This time around though, Joe refuses another name change.

We then get back to Del City, Oklahoma, where Eli and Fitzgerald are making their very own Heisman Trophies. We get to see them struggle to create their own wax figures striking the iconic pose. Eli then talks with Fitzgerald about his lack of a Heisman campaign. Being a “subdued guy,” Fitzgerald was never one to promote himself and doesn’t regret not running a campaign. They also talk a bit about their reactions to the award going to White, which Eli said led to his first “Manning face.”

Finally, as Fitzgerald and Eli hold their new Heisman Trophies, White enters with his actual Heisman Trophy. The former Oklahoma quarterback tricks the two football legends out of their new trophies and runs off with them.

Another fun episode of this new series. There isn’t a ton of information here that football fans don’t already know, but it was very interesting to see the process of making the Heisman Trophy. And, if nothing else, it’s also great to catch up with NFL legends like Theisman and Fitzgerald.