The Super Bowl is one of the most watched live events every single year and the prestige and price tags of advertisements run during the big game are well documented. But one commercial is more memorable and more iconic than any other because we see it each and every year. After the game is completed, the camera makes its way to the MVP and he is asked “what are you going to do next?” and the response is simple: “I’m going to Disney World!” 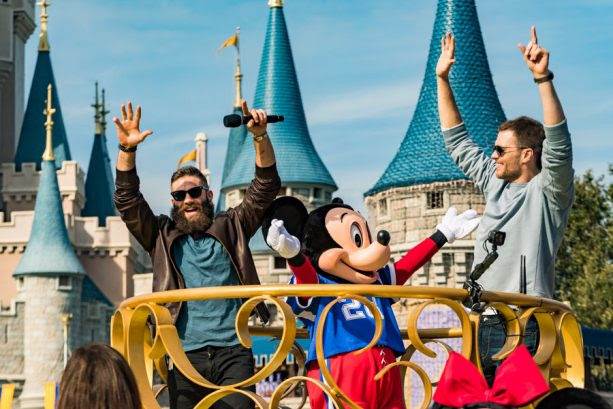 Sure, occasionally the answer features Disneyland instead, but the sentiment is always there and has been every year since 1987. After the New York Giants won Super Bowl XXI, quarterback Phil Simms became the first MVP to answer that big question. Since then, it has been a tradition for the MVP of the big game to exclaim their vacation plans in celebration of their victory. 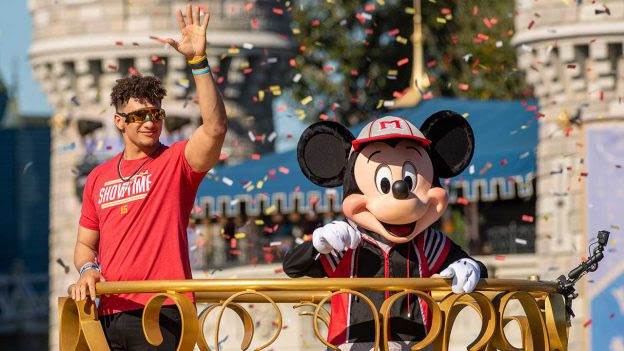 And it’s not just a commercial. The MVP of the game, along with some of his teammates sometimes as well, actually does visit Walt Disney World or Disneyland. NFL stars like Tom Brady, Patrick Mahomes, Drew Brees, Aaron Rodgers and so many others have celebrated their championships with Mickey Mouse himself during a Super Bowl parade in Magic Kingdom.

But where did the idea for this iconic commercial come from? According to ABC News, it was actually Jane Eisner, wife of former Disney CEO Michael Eisner, who came up with the advertisement. In Michael Eisner’s 1998 memoir, he wrote about a dinner he and his wife had with George Lucas and the first people to fly around the world without stopping, Dick Rutan and Jeana Yeager.

"It was late and the conversation hit a lull as we waited for our food. So I asked Dick and Jeana, 'Well, now that you’ve accomplished the pinnacle of your aspirations, what could you possibly do next?' Rutan responded, without hesitation, 'I’m going to Disneyland' And of course I go, 'Wow, that’s cool! You made the right choice.' But my wife interjects: 'You know, that’s a good slogan.'"

It was later that same month that Simms made the very first proclamation of his plans to visit the most magical place on Earth.The rest, as they say, is history.

You can go to Disney World too and partake in “The World’s Most Magical Celebration,” which begins October 1 and continues for 18 months in celebration of the 50th anniversary of the resort.