Philipp Meyer’s novel American Rust became a Showtime original series on September 12th, starring Jeff Daniels and Maura Tierney. “We did a lot of streamlining,” showrunner and executive producer Dan Futterman shared at the TCA Summer Press Tour, referring to the fact that American Rust was previously in development at another network. Futterman took the opportunity during the pandemic to give the TV adaptation another pass. “The time that we had with the scripts was helpful in terms of recognizing that it was going to be difficult to shoot… We did lots of cutting of extraneous scenes. You end up doing more of that in the editing room but it was helpful to be able to do that upfront.” 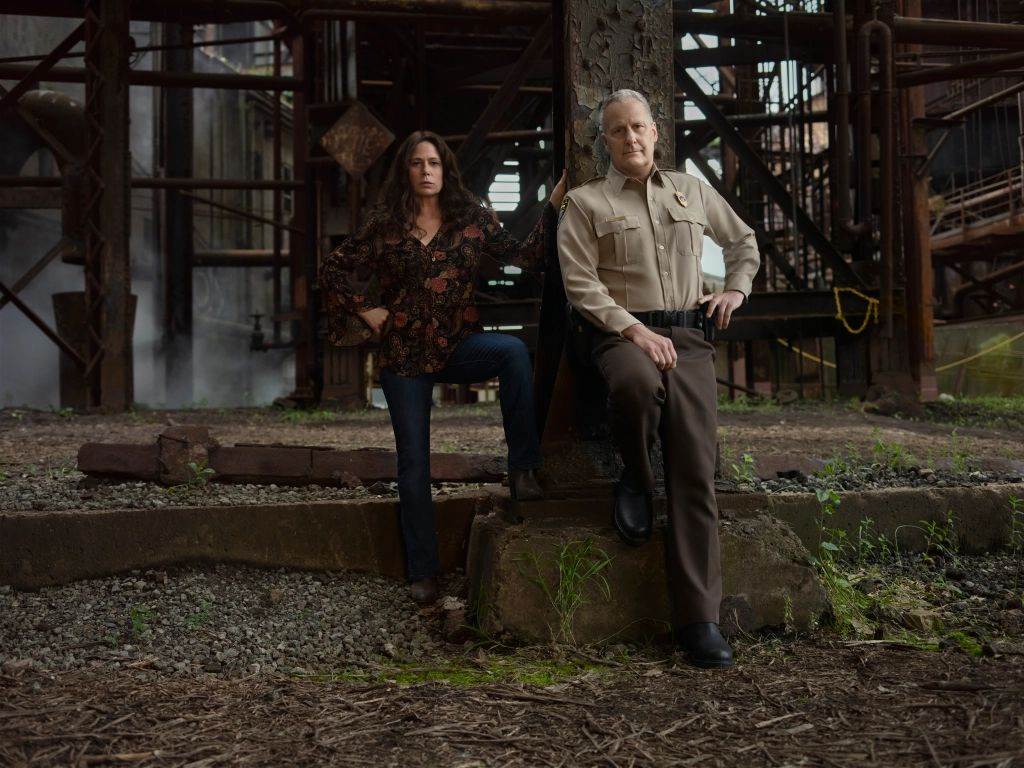 “Dan Futterman and Adam Rapp and the rest of the writers took the novel as a wonderful character study and then they expanded and launched it from there,” Jeff Daniels explained, who not only stars as Del Harris, but also executive produces the series. “That's how I treated the book. It was a very detailed look at who Philipp [Meyer] envisioned Del to be and not all of it lined up with what we were doing, a lot of it did. It was a great foundation from which to leap.”

The series also returned Jeff Daniels to his roots in several ways. “I grew up working-class, I worked at my dad's lumber company,” the actor revealed. “I drove a truck during the summers, I unloaded stuff, that's what I did. I knew these guys, I am one of these guys. I am from a small town and I know how this kind of isolates you… We know there's another world out there, but this is the only one we live in and care about… Sometimes these folks are considered less, inferior, not as smart as those on the coasts. And we feel it, I know I did as a young actor going to New York with a chip on my shoulder… I knew Del enough to dive into him, and then embrace the things that I did not have in common with him and make those part of the performance. I had a way in.”

American Rust may be one novel, but the series could extend beyond that. “I would love a second season,” Dan Futterman said. “You don't get this kind of a cast together and let them go very easily.” In the writer’s room, the creative team was always looking ahead beyond the nine-episode order. “By the time you get to the end, there are a lot of open-ended stories for every single character. It's unclear what any of them are going to do in their current situation. Everybody has been dared to do something by the end. And I would love to be able to answer those questions and complicate them more in a second season.”

New episodes of American Rust air on Sundays at 10/9c on Showtime.