The fall TV season is upon us and thanks to the Television Critics Association, I’ve had more exposure to the new lineup of shows across all networks and streamers than ever before. There’s a lot of great TV out there this season, but today I wanted to shine a spotlight on my top 6 new shows (anthology seasons included) from The Walt Disney Company’s content creation departments. It was tough to narrow it down to just 6, but if you don’t have endless amounts of time to check out everything new this season, here are my recommendations. 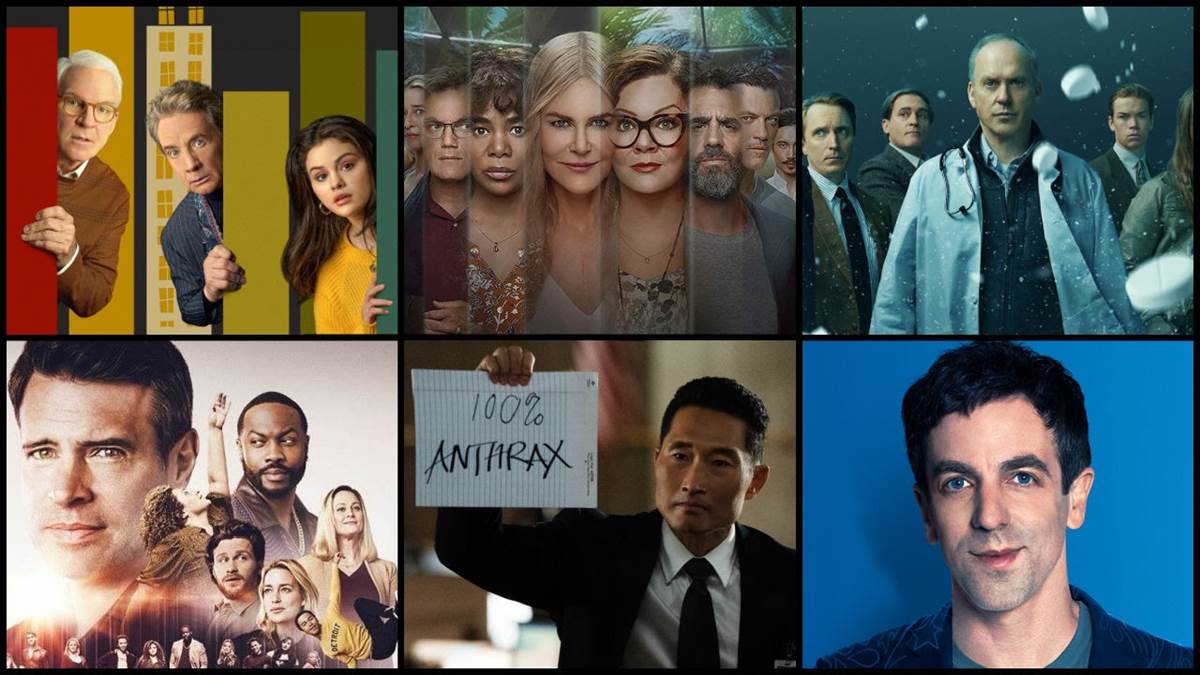 Only Murders in the Building (Hulu)

Already 5 episodes in, this show quickly became my favorite of the fall season across all media companies. From the minds of Steve Martin, Dan Fogelman and John Hoffman, the hybrid comedy/mystery follows three residents of a high-end New York City apartment building (Steve Martin, Martin Short, Selena Gomez) as they transform their love of true-crime podcasts into a personal project. Limited to covering only murders that occur in their building, the show has already been renewed for a second season. Another reason to watch: The series packs in a lot of fun cameos. The 10 episode series runs through October 19th.

Nicole Kidman, Melissa McCarthy, Michael Shannon, Luke Evans, Bobby Cannavale and Regina Hall headline this all-star ensemble of characters at a wellness retreat that may not be all that it seems. Based on the bestselling novel by Liane Moriarty, the series is produced by David E. Kelley (Big Sky) and in true form, the twists just keep coming. With 7 of the 8 episodes already released, it all comes to an end on September 22nd.

Michael Keaton stars and executive produces this gripping 8-episode limited series about the rise of the opioid epidemic in America. Co-starring Peter Sarsgaard, Kaitlyn Dever and Rosario Dawson, the series gives a big picture look at how we got to where we are through a small mining community, the DEA (Drug Enforcement Administration) and the pharmaceutical companies. Written by Emmy-winner Danny Strong and directed by Oscar-winner Barry Levinson, Dopesick premieres October 13th.

Produced by 20th Television with FOX Entertainment, this scripted series follows the behind-the-scenes events of a reality dance series, also called “The Big Leap.” Starring Scott Foley as a stressed-out producer, the show includes a cast of diverse and relatable characters, all dreaming of changing their lives through this non-elimination series that will culminate in a contemporary adaptation of “Swan Lake.” From creator Liz Heldens (The Passage), The Big Leap premieres on September 20th at 9/8c and the first two episodes are streaming early on Hulu.

The anthology follow-up to National Geographic’s most successful scripted drama stars Daniel Dae Kim and Tony Goldwyn, reliving the events of the 2001 anthrax terrorist attacks. The series follows the parallel stories of FBI agent Matthew Ryker and microbiologist Dr. Bruce Ivins as they work to track down who is responsible for these deadly attacks. Produced by 20th Television and Scott Free Productions, The Hot Zone: Anthrax will premiere as a Thanksgiving weekend television event on November 28th on National Geographic.

Thought-provoking and current, B.J. Novak of The Office serves as creator, host, writer and sometimes director of this anthology series. With an ever-changing cast of players, he brings in new talent each week including Ben Platt, Tracee Ellis Ross, Daniel Dae Kim, Lucas Hedges, Kaitlyn Dever, George Wallace, Beau Bridges, and the late Ed Asner. It’s incredibly addicting and you won’t want to wait to find out what fresh takes Novak has next week. New episodes debut Thursdays on FX on Hulu through October 7th.