During the YouTube Originals presentation at the TCA Summer Press Tour, Susanne Daniels, YouTube’s Global Head of Original Content, announced lots of new content that will start streaming this fall. All of these titles will be available for free through the standard YouTube platform (ad-supported), or through a paid subscription to YouTube Premium, which adds ad-free, bonus/exclusive content, and early binge access to select programming. 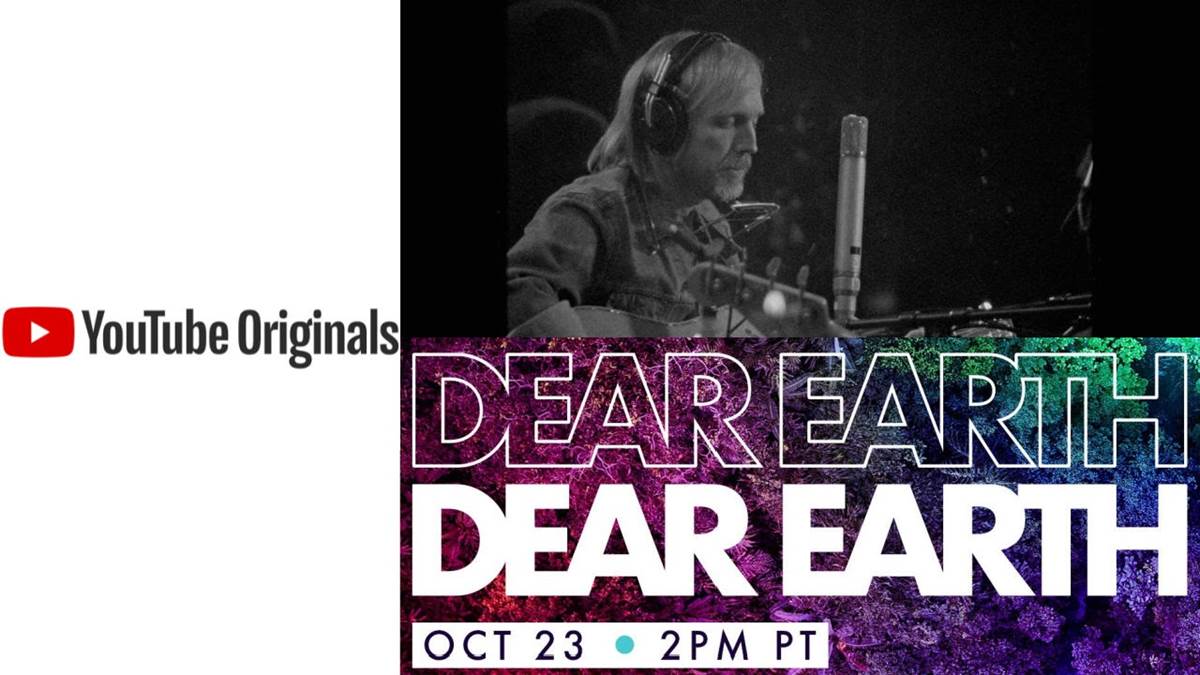 “In the lead up to the UN’s Climate Change Conference (COP 26), Dear Earth kicks off a series of sustainability-themed YouTube Originals programming with a multi-hour, global celebration of the planet. Featuring inspirational keynote addresses, musical performances, special appearances and comedic shorts “Dear Earth” will address sustainability challenges the world faces and offer solutions that can be adopted to inspire change. A wide-range of global leaders, celebrities, musicians, and creators will join the special event to help educate, inspire and motivate audiences to create a better, healthier, fairer existence for the planet we inhabit. “Dear Earth” is produced by Done + Dusted, Strong Brew and Silverback Films.”

“Climate Games follows content creators and elite athletes over two special episodes as they undertake spectacular challenges designed to deliver a key climate message. Skier JT Holmes and creator Psychics Girl team up to measure how quickly the ice is melting on the snowy mountains of British Columbia, and world champion BMX rider Danny Mcaskill is given free reign at a renewable energy factory where he attempts a series of tricks designed to demonstrate the percentage of the world's energy that currently comes from renewable sources. “Climate Game” is a Studio Silverback Production with Executive Producers Colin Butfield & Jonnie Hughes, and series producer Ben Duncan. “

“Signals is the abridged story of our relationship with plastic – from the origins and lifecycle of a plastic bottle to the myths of recycling. A live-action and animation mash-up, told through a series of chapters, Signals is a call to action for the internet age. Produced by artists and activists from around the world (Japan, Hawaii and the United States, South Africa, Indonesia, Netherlands, Germany, and more), each chapter also takes on a different format – from stop-motion animation to photorealistic CG to live-action comedy. “Signals” stars Bretman Rock as a plastic bottle and is created by Mackenzie Sheppard (Cannes Young Director Award winner) and Kaz Firpo (Eternals), who co-produced with Airi Yamawaki.”

“In this five-part competition comedy series, four star YouTube creators each with a different, incredible skill, will step out of their comfort zones and attempt to copy their fellow creators’ area of expertise. Sofie Dossi (6.21M subscribers), Lisette aka Luhhsetty (3.15M subscribers), Rosanna Pansino (13M subscribers) and Preston (17.9M subscribers) will demo their gaming, cooking, dancing, or beauty and makeup mastery in a blur of action and charisma… and then, it is up to the other star creators to COPY THAT! and nail their own version. Whether it be a delectable crêpe cake, make-up demos, or jaw dropping dance routines… the other star creators will be in over their heads trying to create their own magic in a space they know little about. Copy That! is produced by Sony Pictures Television and executive produced by Charles Wachter.”

“Tom Petty, Somewhere You Feel Free offers a unique take on the Petty legacy, diving deep into a condensed period of creativity and freedom for the legendary rock star. Capturing the period of 1993-1995, during which he created his seminal and most emotionally raw album Wildflowers, the unvarnished look at Petty features never-before-seen footage drawn from a newly discovered archive of 16mm film as well as new interviews with album co-producers Rick Rubin and Heartbreaker Mike Campbell, along with original Heartbreaker Benmont Tench. Director Mary Wharton illuminates an artist at the height of his powers, providing an intimate and emotional look at an enigmatic icon with archival footage of Petty and his band in the recording studio, behind-the-scenes on tour, and at home with his family, providing a view of Tom Petty as he has never been seen before. The film first debuted in March as an Official SXSW 2021 Selection, winning the festival’s Audience Award, and will see its theatrical release on October 20 (Tom’s birthday) for a one-night global celebration via Trafalgar Releasing, with encore screenings in select cinemas on October 21. Tom Petty, Somewhere You Feel Free: The Making of Wildflowers is produced by Peter Afterman with executive producers Dan Braun, Mary Wharton and Adria Petty and presented by Inaudible Films, Warner Music Entertainment (Warner Music Group’s TV and Film division), and Warner Records.”

“Tab Time is a preschool series starring Tabitha Brown, an actress and vegan foodie who has become one of the most visible social media personalities today. Tabitha or ‘Ms. Tab’ as the kids call her, taps into her natural capabilities as a cook, story teller, mom and motivational leader, to teach children how to live their best life. Through themes such as gratitude, mindfulness, service, community, and culture, Tabitha keeps topics engaging and dynamic. “Tab Time” fosters a fun and inviting environment where kids are encouraged to realize their own abilities and potential. The series is produced by Kids at Play and Scale Productions, and is directed by Henry Saine with Lorien McKenna as showrunner. “Tab Time” will launch on the Tabitha Brown YouTube channel and the YouTube Kids app.”

“Inspired by Marcellas Reynolds’s revelatory book Supreme Models: Iconic Black Women Who Revolutionized Fashion, this six-part limited series from R.J. Cutler’s This Machine, Reynolds, and supermodel Iman, will pay tribute to the Black women who broke down barriers and transformed the fashion and beauty industries. Executive Produced by Reynolds, Cutler (“The September Issue”), Iman, Jane Cha Cutler (“Project Runway”), Douglas Keeve (“Unzipped”), Rolake Bamgbose (“The Day Sports Stood Still”), and Donny Jackson (“United Shades of America”), the series will feature personal stories from industry legends who will illuminate and celebrate the fight for representation for models and the astounding creativity and vision of some of the most celebrated Black designers, fashion editors, and entrepreneurs of the last several decades. In its look back to critical moments of impact in the past, the new series will expose how these beautiful trailblazers challenged and overcame multiple systems of racial oppression and sexism. This dramatic, emotional and visually stunning series is an insider glimpse at how, with the consummate grace and power of a strut down the runway, these superstars became household names and idols for a new generation of Black women. Supreme Models will be executive produced for This Machine (an Industrial Media Company) by Trevor Smith.”