The UFC returns to the APEX in Las Vegas this weekend for an exciting night of fights capped off by a very interesting main event. ESPN+ once again brings fight fans all the fun of UFC Fight Night: Ladd vs. Dumont.

A rising star in the women’s bantamweight division will look to move up and stake a claim for a championship opportunity. Plus, fan-favorite veterans in the lightweight and heavyweight divisions will look to score big wins against game competitors.

There are few fighters as exciting and as popular as the 38-year-old veteran Miller. He comes into this bout with a 32-16 record with 18 submission victories under his belt. He always puts on a show, which has made him a fan-favorite, but lately he has hit a bit of a rough patch. Miller has dropped three of the last four and you have to wonder if time is catching up to him. He’s certainly much closer to the end of his career than the beginning. Still, a win here could spark a resurgence and perhaps one more great run.

It’s the complete opposite on the other side of the octagon. Gonzalez will be making his UFC debut, and bringing with him a 14-5 record 8 knockouts. The 29-yeard-old certainly shows a lot of promise and a win over Miller in his debut would be a huge feather in his cap. Having been submitted twice before and going up against such a submission specialist in this contest, Gonzalez is going to look to keep his distance while Miller will look to close the gap and take this fight to the floor. Whoever can dictate where this fight takes place will go on to win.

From the little guys to the big boys. The weights have changed but the situation is pretty much the same. The 42-year-old Arlovski comes in with an astonishing 31-20 record (51 professional fights and counting!) and, while he won his last bout, he dropped three of six prior to that. At his age, Arlovski has to be at least thinking about retirement, and yet he’s still as dangerous a striker as the heavyweight division can produce today. A win here would put him back on the right path for one last title shot, which I have to imagine is his goal at this point.

This isn’t the UFC debut for Felipe but it will be just his fifth fight in the octagon. He brings an impressive 11-1 record into this bout, with six knockouts. He’s also riding a three-fight winning streak following his first loss, which came in his UFC debut. Both of these guys are likely going to look to stand and bang, which should make this a very exciting (and very short) fight. 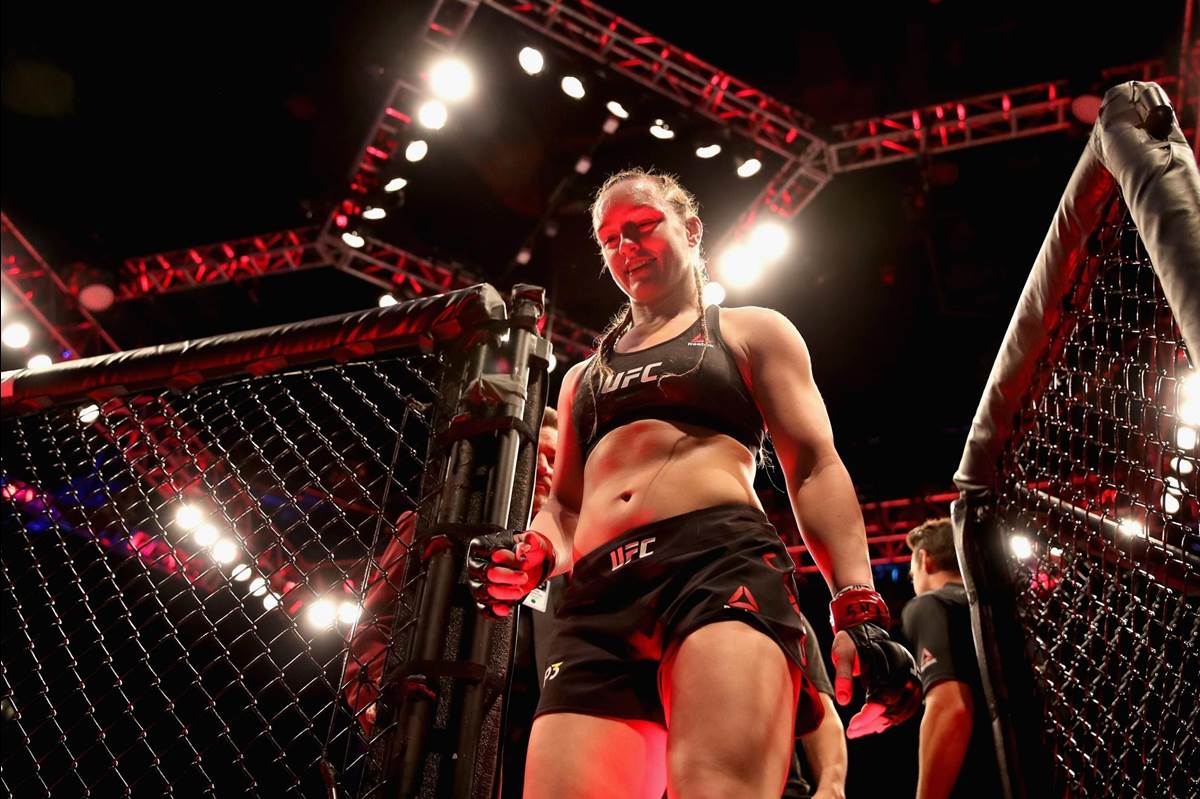 The women’s featherweight division has been a bit of a mystery. Even the division’s rankings simply feature the dominant champion Amanda Nunes and no challengers. In other words, there is a ton of opportunity for fighters who are willing to make the jump in weight.

That move makes a ton of sense for rising star Aspen Ladd, who holds the #3 ranking in the bantamweight division but suffered her only loss to the woman sitting at #1. Ladd sports a 9-1 record with six knockouts and is coming off of an impressive knockout win over Yana Kunitskaya. The 26-year-old is one of the brightest young stars in the UFC today and a win here could put her in line for a shot at Nunes.

Dumont is an equally dangerous fighter, just with a less impressive resume. The 31-year-old comes in with a 6-1 record, two submissions and a two-fight win streak. Dumont is more accustomed to the featherweight division and has the advantage of not having to make that weight adjustment here. Being the bigger fighter with grappling experience, Dumont is likely going to look to get a hold of Ladd. If Ladd can keep her distance, she could give Dumont all kinds of problems. Either way, Ladd’s toughness will be the x factor here.