Halloween is a time for chills and thrills, but if you’re a parent, the worst thing imaginable is being separated from your child. On October 30th, Lifetime presents a new original film based on a true story and one that happened not that long ago. Torn From Her Arms retells the true story of mother and daughter Cindy and Jimena Madrid, who were separated at the U.S. border in 2018 and caused a media sensation. The stars of the film took time out recently to share their experience working on this powerful new film. 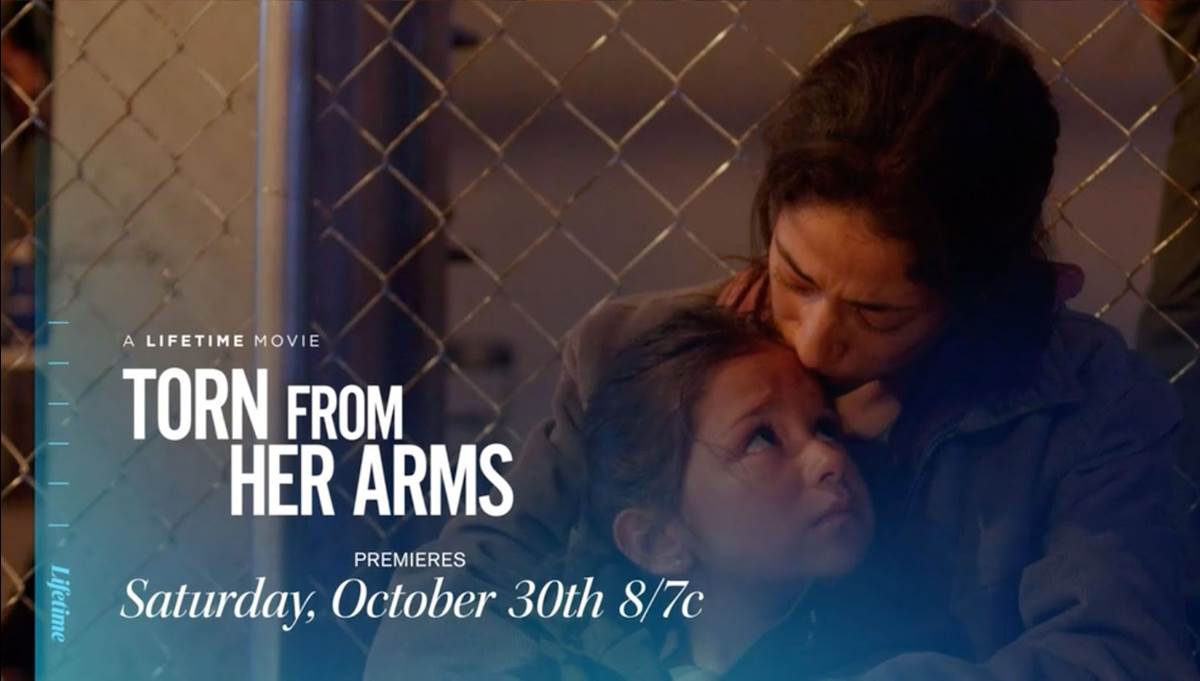 “I was immediately attracted to the story,” explained Judy Reyes, who plays Thelma Garcia. “I’ve been a huge follower of the issues on the border for the last four years since it gained all that attention, and it really mattered to me as a mother. I’m completely heartbroken by the fact that a government would separate the children from their parents. I can’t imagine what it’s like and the thought of it always made me cry. It felt like a bit of a gift to me when it came in my direction to be able to participate in the telling of the story, and I was just excited and really honored to be a part of it.”

As part of her preparation for the role, actress Fátima Molina got to meet with the person she plays, Cindy Madrid. “When she told me what happened to them, to her and her daughter, it was so painful,” she explained. “It was like really, really strong for me and you cannot go into that kind of part, into that feeling knowing everything, what they were going through. And, I don’t know, for me and for actresses, actors, I know that what we do is to entertain, but if we can leave a message to the world this is ideal. And I think this movie, it’s doing a risk. For me, it’s really, really important that the world know this story, this history, and I know it’s a great, great movie and that you will enjoy it.”

In the case of Gloria Reuben, who plays journalist Ginger Thompson, Zoom made it possible to connect with her character once filming had begun. “She is extraordinary,” the actress gushed. “She’s a Pulitzer Prize winner and has been a journalist for I don’t know how many decades now, but she is extremely committed to the truth.” Gloria Reuben is no stranger to portraying real-life people, but stepping into Ginger’s shoes was a special experience. “She’s kind of a rock star in my book, so that says a lot.”

Filming took place on the Mexican side of the border and true to life, the film incorporates a lot of Spanish. “Spanish was my first language, but I’ve communicated in English most of my life, and I’m from the Caribbean,” Judy Reyes explained. “There’s something palpable about the struggle that shooting on location brings you. It kind of almost puts you in that place. I think as actors we also have a tendency to create it. It’s not like we’re dramatic or anything, but I thought it was really essential. It brought a lot to me and that I’ll always have with me, and the wonderful people that we work with just worked really hard to realize this film. I think they received a challenge as well through the story that we were telling.”

“It’s really, really important for me as a Mexican,” Fátima Molina added about the power of the film and the message it shares with the audience. “I know that we are speaking for a lot of people, and this is really important for all the team that we are part of this. And I’m so sure that so many people are going to understand what we want to say, [that] this is not correct, and we want things to change in these kinds of situations. We really need change in the world, and I’m so glad to be a part of this project.”

You can catch the premiere of Torn From Her Arms Saturday, October 30th at 8/7c on Lifetime.