Episode 6 of Dopesick has dropped, and the question of who is abusing the wonder drug is laid on the table. Are junkies to blame for the rise in illicit activity with OxyContin? Or is the drug dangerous for everyone? 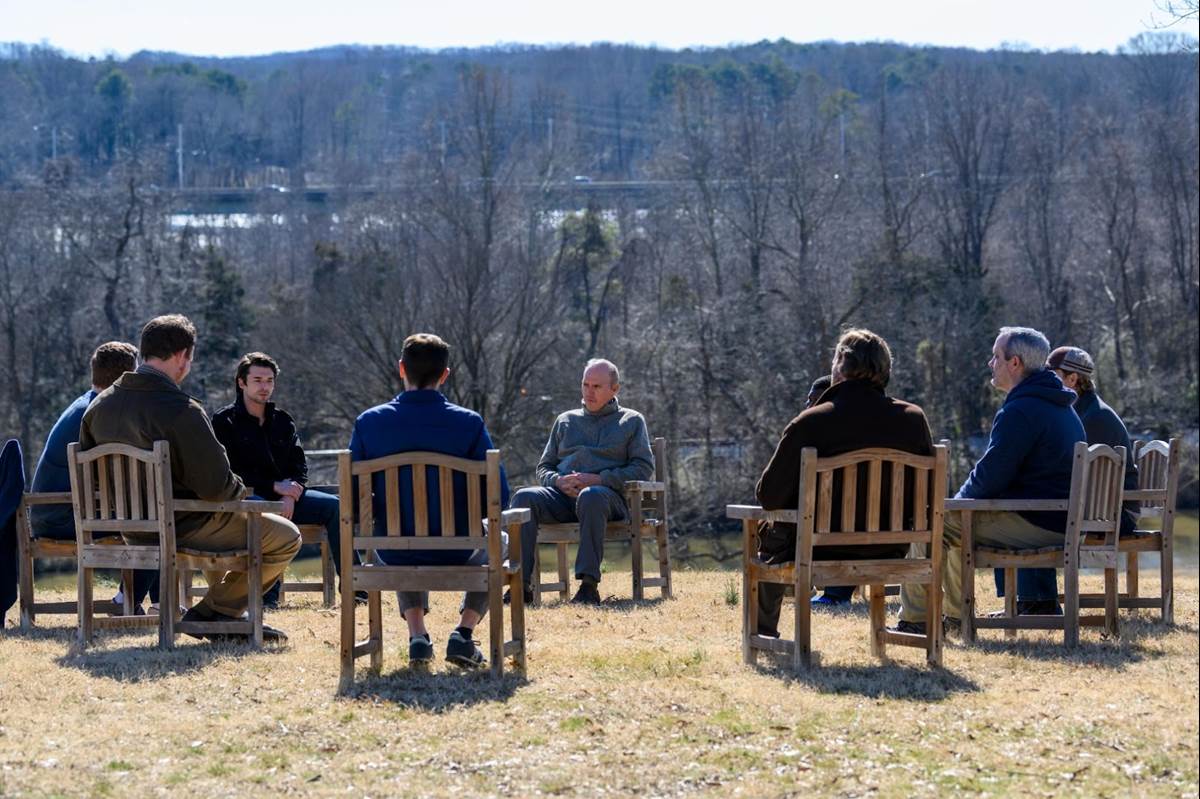 The US Attorney for Maine is on a crusade against OxyContin and the severe repercussions that the drug has on patients. It’s the year 2000 and the press is jumping into the fray which has Purdue Pharma concerned. Richard Sackler (Michael Stuhlbarg) is made aware of the implications and a plan is hatched to divert attention away from Oxy.

Dr. Finnix (Michael Keaton) is a long way from his country practice. He currently sits in rehab trying to overcome his addiction to OxyContin. Throughout his stay, Finnix has worried about the possibility that he will relapse once treatment is over.

Bridget Meyer (Rosario Dawson) has fallen so far down the rabbit hole in her pursuit of Purdue and Oxy that her marriage has suffered. It’s 2002 and Bridget and her husband are in counselling. At the same time as her marriage is crumbling, Bridget is still in pursuit of Oxy and Purdue through the FDA. Meeting with representatives of the FDA, Bridget learns that the only way action will be taken on OxyContin is if the drug is proven to be defective. This has led Bridget on a quest to prove OxyContin is killing people.

In 2000, Purdue celebrates a milestone as OxyContin surpasses one billion dollars in sales. The sales reps for Purdue are elated at the success of the drug which pays each rep handsomely. Billy (Will Poulter) is intoxicated at the party and overhears sales reps bragging about their high sales numbers. Filled with guilt over what Oxy has done to so many, Billy is close to a fist fight before his girlfriend Amber (Phillipa Soo) steps in.

Betsy Mallum (Kaitlyn Dever) is trying to kick her addiction. Though she is enjoying her prayer groups at church, Betsy admits to the priest that she doesn’t think prayers are going to help her. Meanwhile, Dr. Finnix is progressing through his rehab with the worry that once he leaves the facility, he will instantly relapse.

Randy Ramseyer (John Hoogenakker) is interrogating a doctor who overprescribed Oxy and is currently in jail. When questioning the doctor, Randy learns that it was the blood charts that showed an even dispersal pattern that convinced him that OxyContin was a worthwhile drug to prescribe. 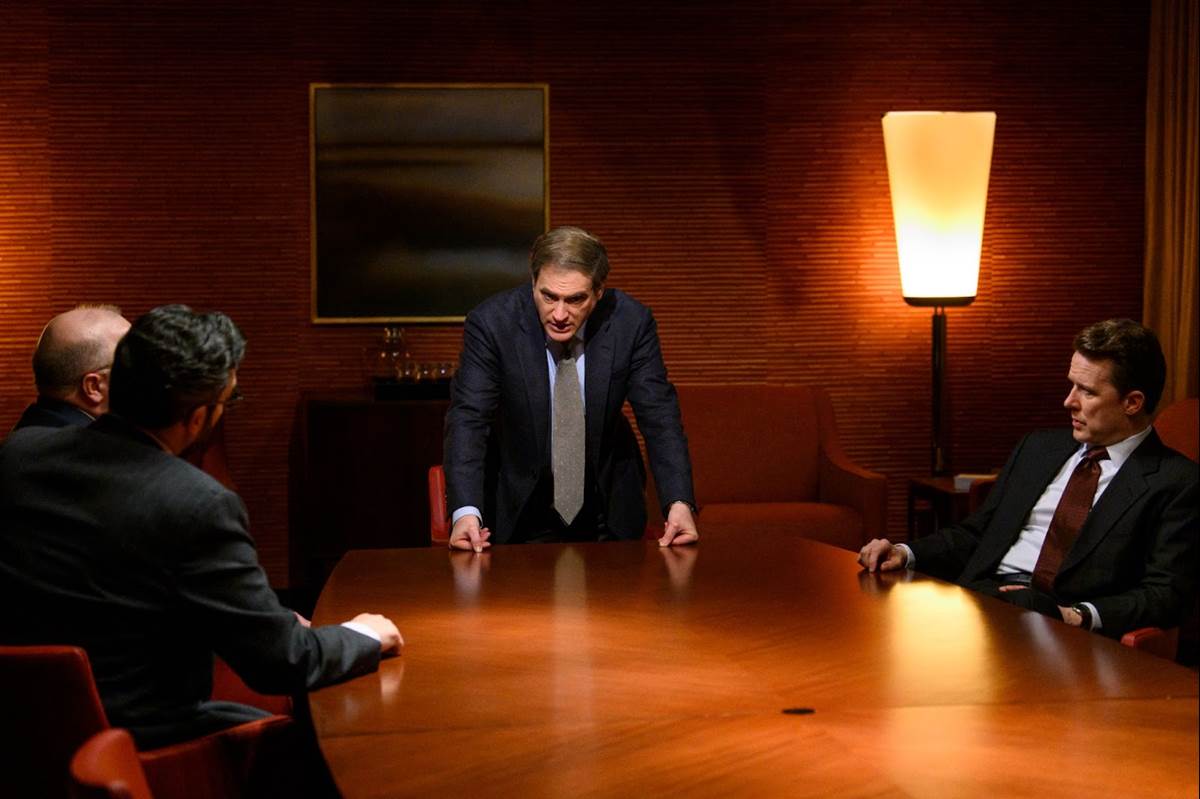 Bridget Meyer is attending an event at the DEA museum where she meets Rudy Giuliani (Trevor Long). An admirer of Giuliani for his leadership in New York during the 911 attacks, Bridget is dismayed to see him pressure her over her investigation into OxyContin and Purdue. Giuliani thinks OxyContin is a wonderful drug.

The investigation by the Maine US Attorney in 2000 has Richard Sackler and the rest of the Purdue executives worried. An upcoming law enforcement conference will be chaired by the Maine US Attorney and Richard wants to help prosecute the addicts. In Sackler’s own words, he wants to “hammer the abusers”. Worried by what Richard might say or do during the conference, he is advised not to attend and let others go in his place.

At rehab, Finnix admits during group discussion that he feels like he should die for prescribing Oxy. Walking out of rehab after 60 days, Finnix still feels addicted to the drug. It doesn’t take long for Dr. Finnix to relapse. Alone and craving the drug, he gets high.

In 2005, Randy and Rick Mountcastle (Peter Sarsgaard) go to the FDA to research the process of how Purdue’s charts were approved for use. From the FDA representative, Rick and Randy learn that the charts Purdue submitted were rejected. The charts were deemed inappropriate as they distorted the data to look positive, when in fact the data is not.

Bridget Meyer is racked with guilt. One of the kids she questioned while investigating Oxy has overdosed. Blaming herself, Bridget listens as her husband tells her that it’s not her fault, but still feels guilt over the death of the kid.

Betsy Mallum is in trouble. After talking with her former girlfriend Grace (Cleopatra Coleman) she learned that Grace has moved on to another relationship, Betsy cracks and seeks out drugs. Unable to find OxyContin she tries heroin instead and disappears into a drug trip.

While Betsy is falling back into drug addiction, Dr. Finnix is starting at a methadone clinic in hopes of beating his addiction. In Bridget Meyer’s quest to stop OxyContin, she has learned a significant number of patients have overdosed and died even though they took the pill as prescribed by their doctor. 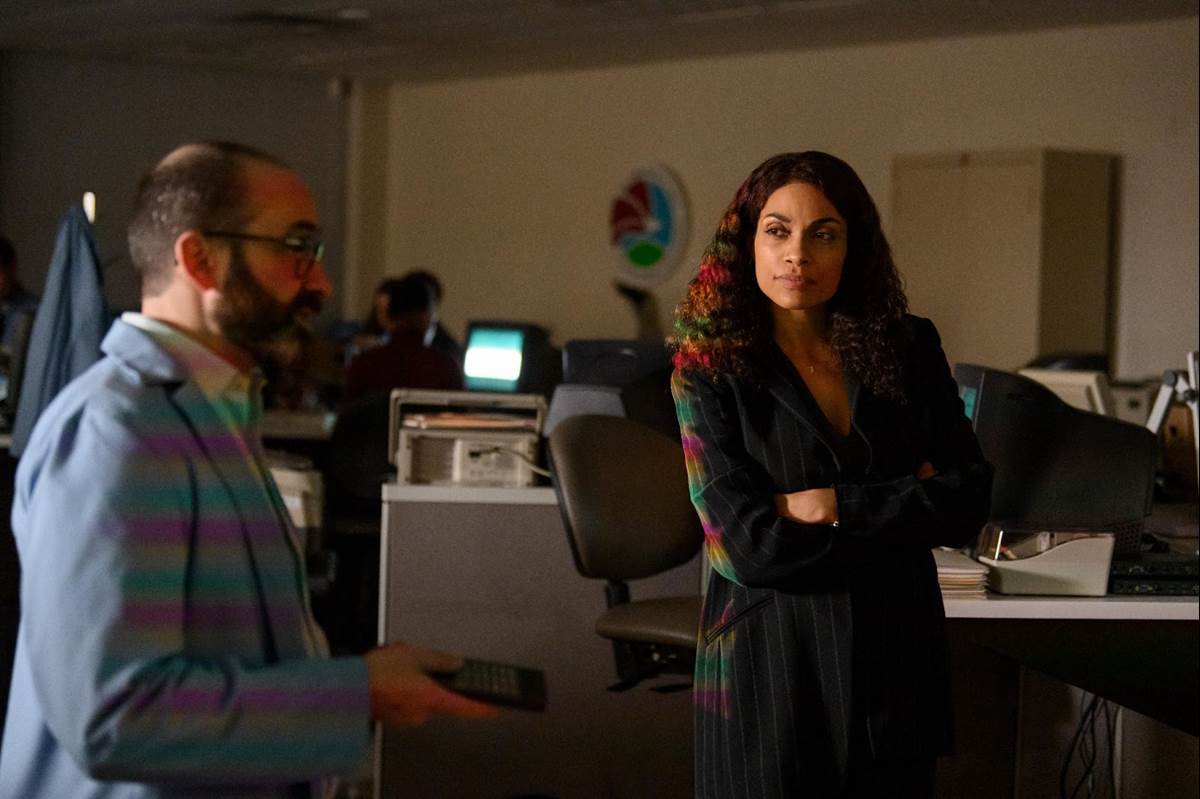 The layers to Dopesick are incredible. Michael Keaton should be saving space on a shelf at home for all the awards he should and will receive. His performance as Dr. Finnix is layered with the depths of what one may experience with an Oxy addiction, and while we hold out hope for his success, the audience is reminded of how dangerous the waters are that he swims in. His transformation of the confident well-loved doctor to a junkie is heartbreaking. Finnix like so many others did nothing wrong, except take a prescribed pill for pain. The pain brought by the drugs is incalculable.

While we watch and tremble at the experience Dr. Finnix has, Kaitlyn Dever’s performance of Betsy Mallum, the young kid who has everything to live for, is the perfect example of what Oxy did to so many kids across America. Dever has infused Betsy with the hope that youth have and awakens the audience to what the consequences of addiction has done to her. Kaitlyn Dever also deserves many awards for her stunning portrayal of Betsy Mallum.

Dopesick continues to force audiences to grapple with a serious moment in recent history and reminds us that lives were cut short so that the profit margin of a company could rise.