Film Review: “Home Sweet Home Alone” Centers Its Narrative on the Thieves Rather Than the Child

Home Alone is a franchise that already felt bled dry. The 1990 John Hughes holiday classic inspired a direct sequel with the same cast and creative team, essentially a rehash, which begat three additional films that stuck to the formula. Could Home Sweet Home Alone be any different? The latest attempt to breathe new life into the stale series takes a new approach, having the burglars take the A plot and the kid defending his home becoming a secondary factor. Ellie Kemper and Rob Delaney play Pam and Jeff Fritzovski, a married couple who can’t bear to tell their kids that they’re about to lose their home. During an open house, Max Mercer (Archie Yates) and his mom Carol (Aisling Bea) pop in to use the bathroom, pointing out that an ugly heirloom is actually of value. When it goes missing, the couple assumes that Max took it at the same time that he gets left behind by his large family.

Part of the original film’s secret to success wasn’t just the undeniable charm of Macaulay Culkin and the way he foiled Joe Pesci and Daniel Stern, but also its heart and warmth. Home Sweet Home Alone ultimately falls flat by not nailing this aspect, with the leads being too slapstick and single-minded to capture the audience’s heart. It’s painful to watch them go through Max’s traps and even the charm of Archie Yates, who stole scenes in Jojo Rabbit, isn’t enough to make the entire ordeal not feel terrible.

Even the soundtrack feels uninspired, pulling not only the same songs from the first two films but also the same recordings. As talented as composer John Debney is, the score heavily relies on recycling John Williams’ pieces. The film doesn’t go more than 10-minutes between callbacks to the first two films, even including a tongue-in-cheek joke about Hollywood’s insistence on remaking classics, using an in-universe remake of “Angels With Filthy Souls” as the MacGuffin. But in that moment, the audience is feeling the exact same sentiment. 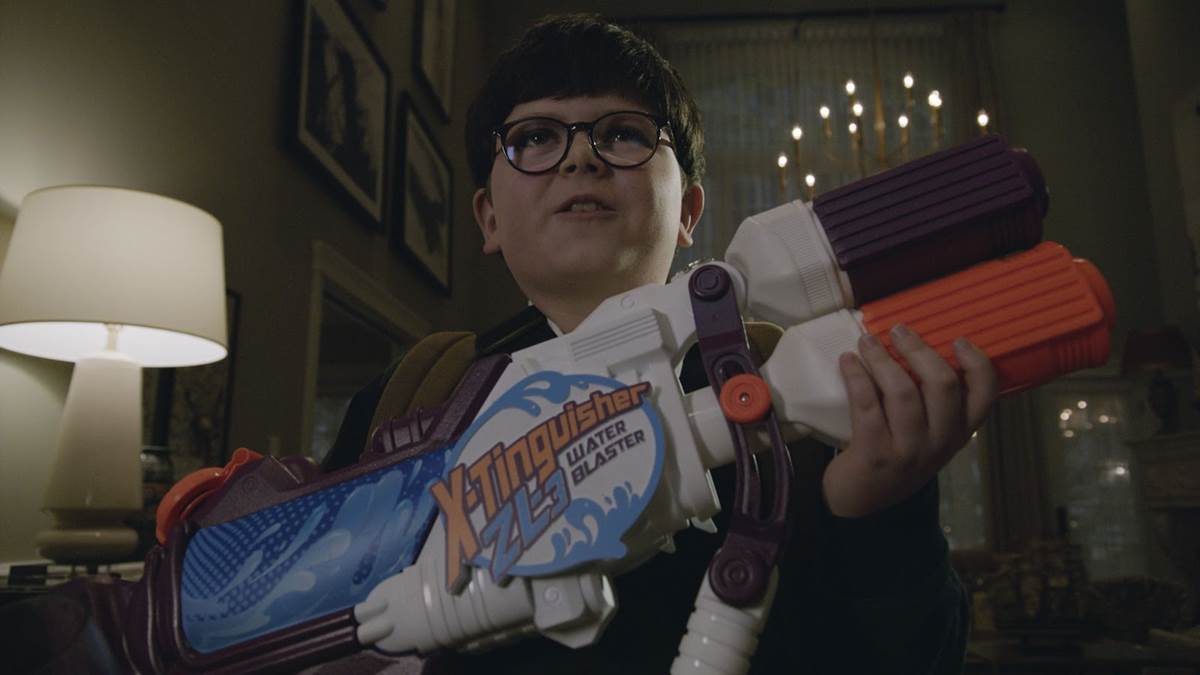 Home Sweet Home Alone is essentially a watered-down version of the classic film. It gives the thieves a more honest motivation to break in. the traps, set by a child, are less life-threatening this time around, and therefore, it may be some parents’ preferred version for their kids to watch. But when it comes to settling in as a family for a Christmas movie, it doesn’t hold a candle to the first two.

I give Home Sweet Home Alone 2 out of 5 Elf on the Shelf figures.