The Stars of “The Game” Discuss the Show’s Paramount+ Revival

Against the odds, The Game is back for a tenth season, having gone from The CW to BET and now Paramount+. Executive Producer Devon Greggory recently joined cast members Wendy Raquel Robinson, Hosea Chanchez and Adriyan Rae at the TCA Summer Press Tour to celebrate the revival, which adds new challenges for the characters in this fan-favorite dramedy. 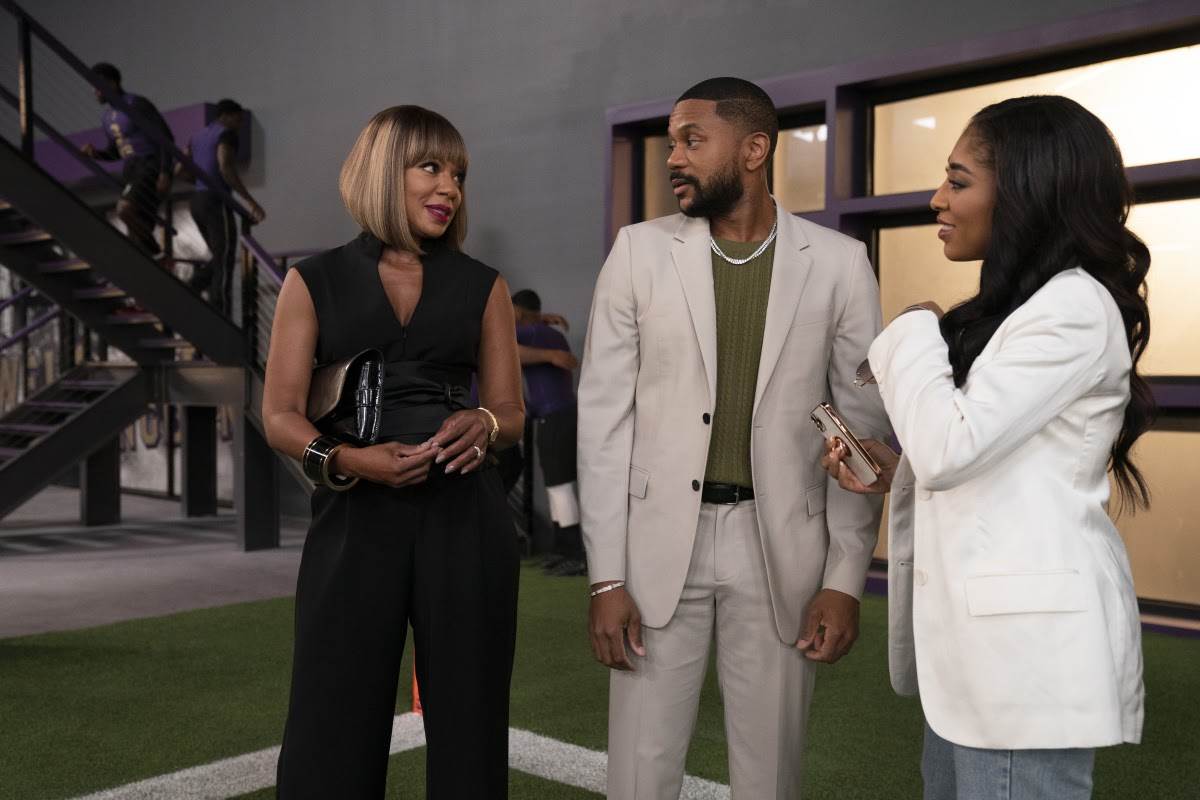 According to Devon Greggory, the theme of the ten-episode new season is second chanced. “It's a second chance for us to speak on issues that we probably couldn't speak about earlier, to bring in a fresh new cast,” he shared. “Our mantra, our DNA, our modus operandi, as we call it, is familiar but fresh… It's going to be a fresh new take on it. More grounded comedy, more grounded reality is going to allow us to swing that pendulum for craziness that we know to the topics that we talk about now.”

An eight-year break from the characters created some new challenges for the cast, who needed to fill in the blanks. “I know myself personally how I've grown, but there's still parts of my life where I've stayed stagnant and I want to bring all of that to Tasha Mack,” Wendy Robinson explained. “I have to give it up to Devon as well as Mara [Brock Akil, showrunner]. They have elevated the show in terms of the production level and the look, so you have to elevate the characters as well. But at the same time, between those eight years, I've raised another child. So my mind has just been going all over the place and just trying to ground that particular character.” Wendy also drew on her experience running a performing arts school during the gap to help with Tasha’s experience running her business and the careers of her clients, which includes her son Malik, played by Hosea Chanchez.

“The world is such a different place for all of us,” Hosea explained about the changes in store for the new season. “Our characters are all different because we all live in the real world and the characters do too. Even if it's imaginary, it's still real. So, you'll definitely see growth on all levels of the series, which is one of the reasons why I was so excited to actually do this after I read Devon's original script. That made me really excited because I could feel the growth in the world.”

New to the cast is Adriyan Rae, who plays Brittany Pitts, the daughter of Jason and Kelly Pitts. “You know how a child is the perfect mix of the mother and their dad?  That's Brittany,” Adriyan revealed. “She has aspects of her where she might just say some things that clearly, you're not supposed to say, but she'll say it without thinking about it, because it's the truth and it's real. And that's what she gets from Jason. And then she's like the nurturer and loves cats and wants to help and she gets that from Kelly… The writers have worked really hard at making sure they didn't lose any of those nuances in both of those characters and putting them in Brittany.”

“We can never recreate what they did and we also can never get the entire gang back together for that one series in this new world,” Devon Greggory shared about the balance of new and returning characters on this iteration of The Game. “One of my favorite shows that I went back and streamed a lot was ER, and how they did that last season when they had several of those characters coming back… I looked at that and said, ‘Hey, wow, maybe there's some beautiful moments that we can integrate and bring those characters in and make sure that we show their world.’ So, when they show up, they're not showing up just to be flavor, they're showing up as characters in the world that has continued their life. So that means we can bring them back at any time… I'm not going to tell you exactly what happens, but we have very special pieces for Pooch and Brittany and Coby to come in and join the world in their own way… So, get ready for it, it's going to be exciting.”

You can join the excitement now with the premiere of season ten of The Game only on Paramount+. You can also catch up on the entire series.