Catherine the Great didn’t get that title by simply taking the throne from her husband Peter, thus Hulu’s The Great doesn’t end there. The scandalous retelling of these two historical figures continues on November 19th with season two of the Emmy and TCA Award-nominated series. Created by Academy Award nominee Tony McNamara, the “Anti-Historical” dramedy series is back. 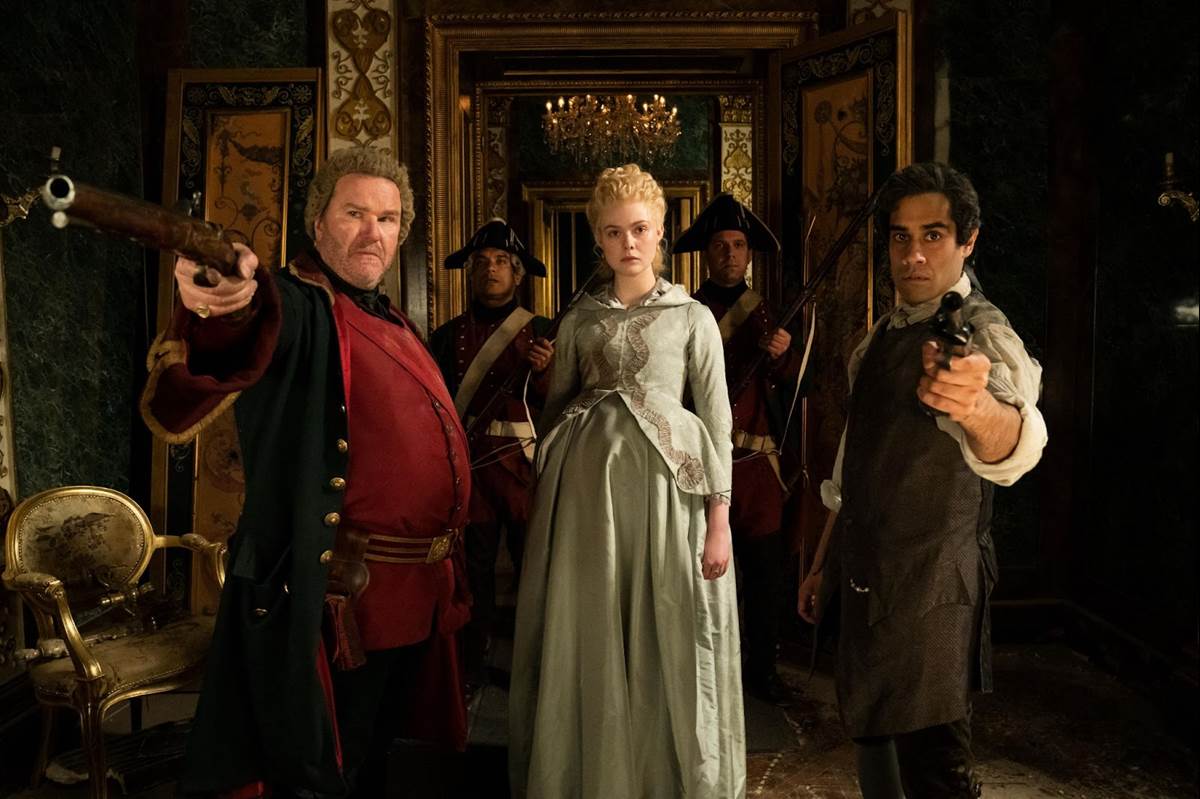 Pregnant Catherine (Elle Fanning) struggles to assert her power over Russia while Peter (Nicolas Hoult) endears himself to her like a wounded puppy. She will have to balance her vision with her heart in order to be a mother to the country and her child. And among the many obstacles thrown in her way, her own mother (Gillian Anderson) comes for a visit.

The Great continues to be great at finding humor in the absurdity of the situation Catherine and Peter find themselves in. The first season included some unscientific pregnancy tests and now pregnant, there are some hilarious things Catherine does for the wellbeing of her baby. The unabashed debauchery and endless array of dispensable servants keep the comedy going, although this season also lingers in the emotional weight of Catherine’s story more than the first.

The sets and costumes continue to be lavish and opulent, with occasional pops of more contemporary colors or elements. Catherine’s coronation in the second episode reveals one of the best costumes created for the series thus far, making Elle Fanning a vision in gold. Throughout various stages of pregnancy, the costumes for the lead actress delight in each episode.

This season also expands the role of the side characters. Marial (Phoebe Fox) works to get back in Catherine’s good graces, Grigor (Gwilym Lee) discovers the real reason for his jealousy over his wife’s trists with Peter, and Elizabeth (Belinda Bromilow) makes herself an invaluable part of Catherine’s inner circle. The series nicely balances this character exploration with the main plot to never feel like a divergence.

Everything you love about The Great is back, along with some new surprises in season two. Catherine is in charge now and the pieces are beginning to scatter across her game board that is Russia. And with real history only loosely serving as inspiration, you’ll have to tune in to find out what happens.

Season 2 of The Great premieres November 19th on Hulu.