Very few professional athletes manage to transcend their respective games and enter that level of fame where they become a household name. Tom Brady is one of those special athletes who has done that. The upcoming ESPN+ series, Man in the Arena, will give football fans an in-depth look at the storied career of the man who is quite possibly the single greatest football player to ever step foot on an NFL field. 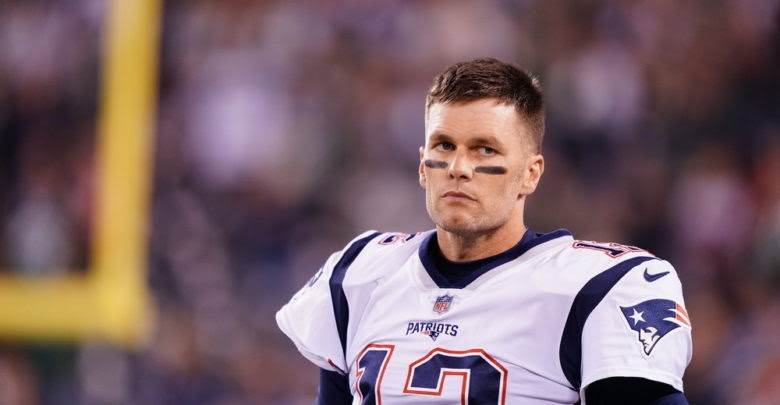 The thing that Man in the Arena does very well, and it’s evident right from the very beginning, is pacing. This new documentary series really takes its time and digs into all of the details you want to hear. It would be very easy to create a limited series that just provides a broad, overall look at the storied career of Tom Brady. But what this series does is break down his seven Super Bowls, with entire episodes focusing on just one championship season. This allows them to really break down every big play.

But we don’t just get to hear about the big plays on the field, but we also get to see how Tom was impacted by factors off the field. With highlights from various football talk shows and other forms of media, we get to see what people were saying about Tom and his teammates during these big games, which adds a lot of context to what’s happening on the field. That only adds to the drama of this whole series, which is already providing a lot of drama.

And it’s not just Brady we get to hear from throughout this series. Several of his memorable teammates share their memories from these seasons, including Willie McGinest, Tedy Bruschi, Rodney Harrison and many others. It’s one thing to hear the story from Brady. It’s another to hear from the players who watched him become the player he is and stood side by side with him for so many years.

By far the most interesting teammate comes from Drew Bledsoe, the quarterback who lost his job to Brady when he got injured during the 2001 season. There was never really any drama to come out of that Patriots lockerroom at that time, but as a fan you can imagine a veteran quarterback wouldn’t be happy with losing his job that way. Man in the Arena lets us hear from Bledsoe as he really opens up about what he was going through at that time.

If there’s any downside to this new docuseries at all, it’s simply that we know the results of these games, which you would think would kill the drama. And yet, this series is loaded with drama. Maybe it’s the insight provided by Brady and his teammates, or seeing all the work they put into each and every play or maybe it’s just the intense score underneath the highlights, but something really grabs your attention and makes you forget, just for a moment, what happens in these games.

Overall, Man in the Arena is a must-watch for football fans. Love him or hate him, there is no denying Tom Brady’s greatness and revisiting all of the details of his incredible career is a lot of fun. The amount of time and work spent on every aspect of his story can;t go unnoticed as you watch and hearing from all of the great players who have been around Brady only enhances the experience. This new series adds to the already vast library of great sports documentaries available on ESPN+, but I would go as far as to say this is one of the best.

Man in the Arena will debut November 16th on ESPN+, with new episodes premiering every Tuesday.