At the end of Luca, we see Luca and Giulia head off to school in Genova, but Alberto stays behind with her dad, Massimo, to work for him while the other two are away. Today, as part of Disney+ Day, a short following the events of the latest film from Pixar Animation Studios has debuted. Ciao Alberto takes place after the events of Luca, not like Incredibles 2 immediately, but pretty quickly after what we saw in the film.

Alberto is reading a letter from Luca that explains all his fun that he’s having at school, and Alberto replies. What we see is a quick montage of him working for (or with?) Massimo, out on the boat everyday fishing. Massimo is a man of few words, but Alberto seems to be taking this a bit personally, as all he seems to receive from this mentor and father figure are annoyed grunts. 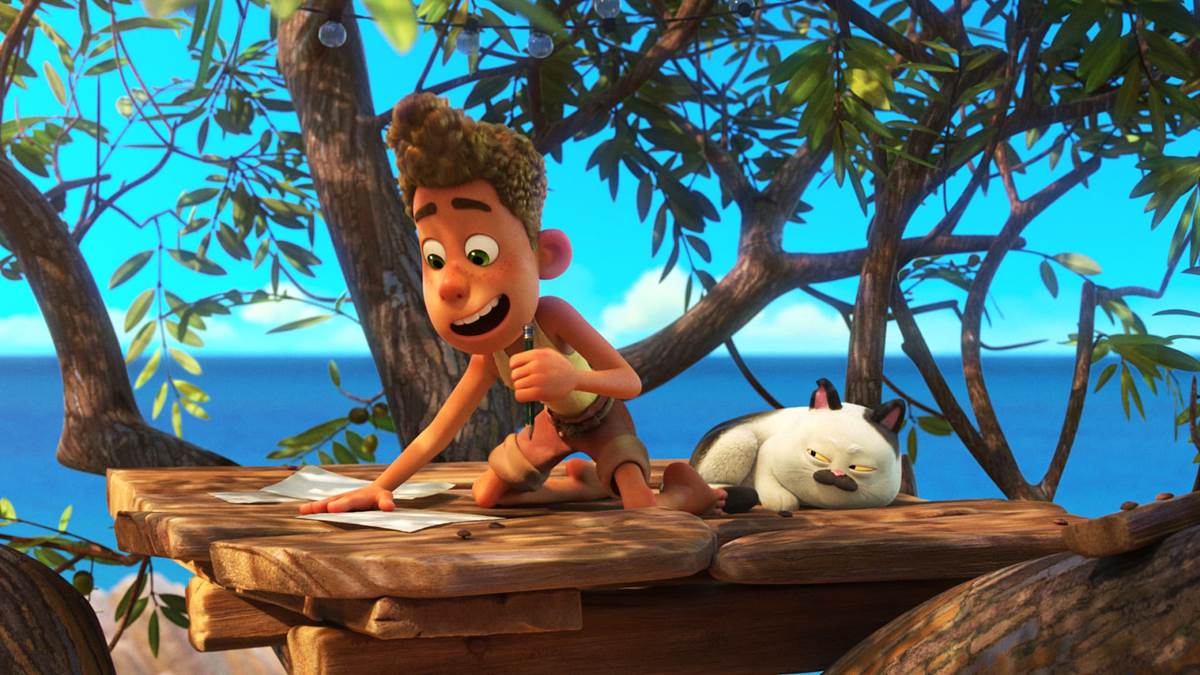 Alberto concludes his letter, but we see more of life with Massimo and Alberto. Eager to help, Alberto tries cooking meals, taking the boat out on his own, and other tasks, all to adverse results that end with more annoyed grunts. When told to wait to load the truck with the recent catch of fish, Alberto jumps ahead and is caught off guard with the weight of the haul, and ends up spilling it back into the ocean. Despite this and other incidents, he has not been fired despite nervousness that he would be. To try to make up for the loss, Alberto takes the boat out in the evening alone, something he is not supposed to do. Machiavelli, Massimo’s cat is on board, and meows at Alberto, almost reminding him not to do this, but it scares the kid and he drops his lantern into the back of the boat, shattering it and catching the boat on fire.

Massimo hears the noise outside and sees that Alberto is out there with his boat, currently ablaze. By the time Massimo gets to the shore, Alberto is safe with Macchiavelli in his sea monster form. It’s a good sign of how invested in the short’s story I was, because up until this point I forgot this fact about him. Alberto apologizes profusely, only to receive more annoyed grunts. 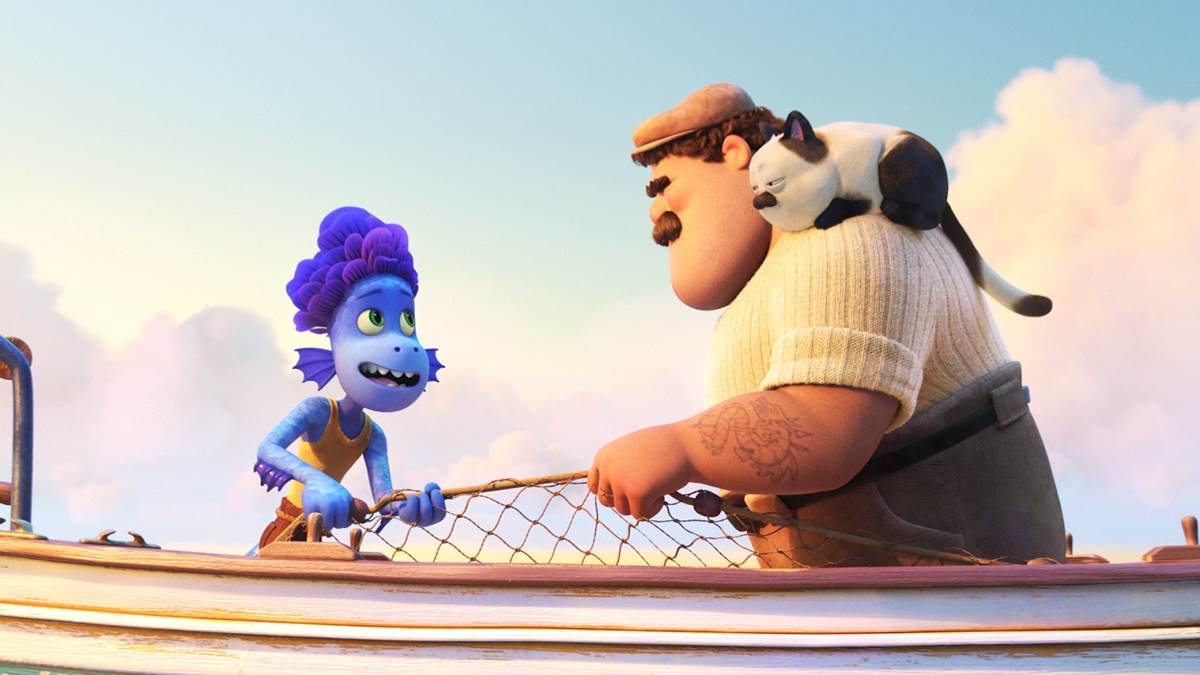 Later in the night, Alberto has packed his bags and is now running off. Massimo catches up with him and won’t let Alberto quit his job working for him. There is a small confrontation, and Alberto screams, “let me go, dad!” And then I screamed, “I KNEW IT!” Not in a spoiler way where this is some kind of strange biological twist, but Alberto’s past is only touched upon in Luca, and at the end of the film, he stayed with Massimo, clearly in need of that kind of figure in his life. Massimo also had that kind of relationship with him in the film, showing more concern for Alberto than even his own daughter at times. Massimo had wide eyes, and still wouldn’t let him go, and shared a story about how he would make his father angry, which one time ended with a damaged wall. Alberto curiously asked what happened next, to which Massimo, clearly with more to say than annoyed grunts, “We fixed it.”

The two share heartfelt conversations and we see them fixing the boat along the shoreline. Like Luca, which was refreshingly light and simple compared to other recent fare from Pixar, Ciao Alberto thrives in its simplicity, with the heart of the story essentially seeing Alberto trying to receive Massimo’s approval, which despite the grunting, he had the whole time.

Ciao Alberto is now streaming on Disney+ and is one of the many offerings that debuted today for Disney+ Day.