Composer Germaine Franco already has a lot of clout amongst Disney music fans for her contributions to Pixar’s Oscar-winning film Coco, for which she co-wrote five songs in addition to the score. With Encanto from Walt Disney Animation Studios, she also just became the first woman composer to orchestrate one of the studio’s classic animated films. With the film playing in theaters and the soundtrack available on all music streaming platforms, I had the pleasure of speaking to Germaine Franco about the incredible music she wrote for the film. 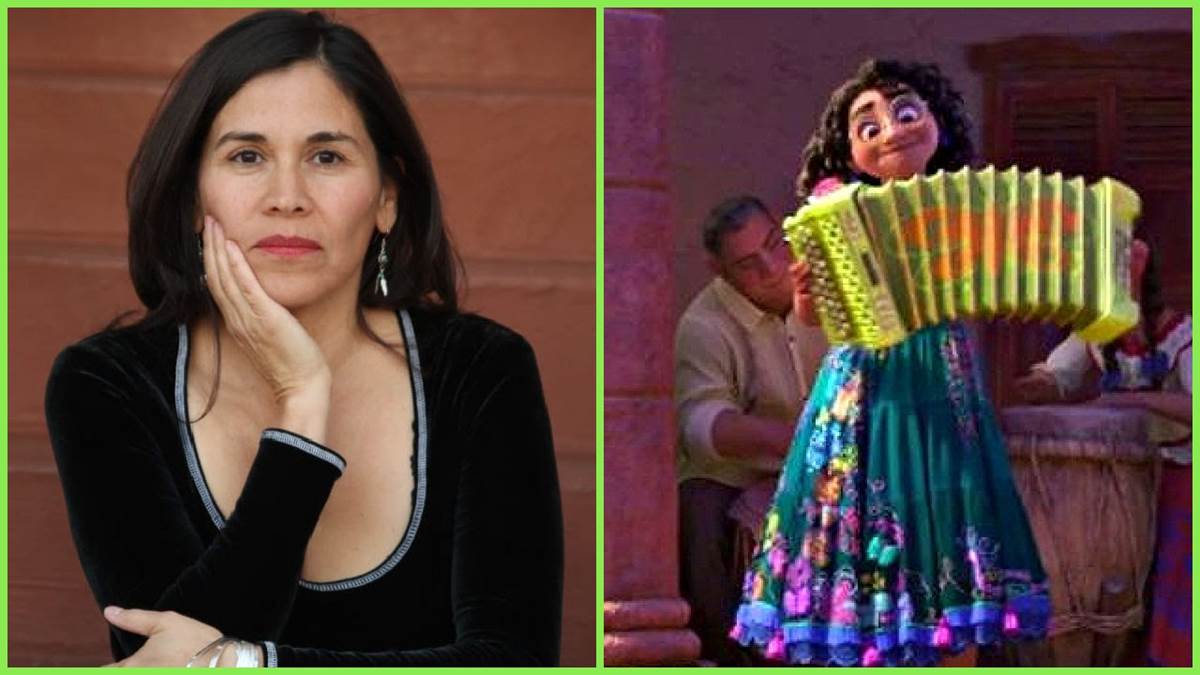 Alex: How did the opportunity to work with Walt Disney Animation Studios on Encanto come about? What was that process like?

Germaine Franco: Well, basically, I had worked with them on Bolt as an assistant composer, an orchestrator. And that's how I met the executive, Tom MacDougall. And then after that, I was hired to work on Coco and wrote five of the six songs and produced a lot of the source music. I was on that for about three and a half years. So I had that experience with Walt Disney Animation. And then both Tom MacDougall and Lin-Manuel [Miranda], I guess, thought I would be a good match for working with Lin, so that's what happened. It was kind of a progressive journey and I wound up at Encanto.

Alex: Were you very familiar with Colombian music before this project? Was there a lot of research that you had to do to get ready to do this score?

Germaine Franco: Yes, I knew of course Cumbia and a few of the other forms of Colombia music. But as I delved into the story and the world, I found so many incredible types of music that I had not heard of. And so I wound up listening to many, many recordings from the 1850s to current and all kinds of genres and styles. And then also, I bought several of the instruments so I could use those in my palette, like the arpa llanera, that's the harp from Colombia. And then also the stringed instruments, bandola and a cuatro and another one called a tiple. And the tiple has kind of a twangy sound. It's played in the Andes. So it was a whole exploratory assignment was to go deep into Colombia. And I have always also played Latin music. So for me, it's exciting and fun.

Alex: Did you have the opportunity to visit Colombia either before this project or during it?

Germaine Franco: No. Unfortunately, when I found out about the project, we were right in the middle of the pandemic and there was just no way I could go there. And so what I did was kind of did my best to bring Colombia to me. I had instruments made in Colombia sent to me. I worked with several Colombian musicians here and just spent as much time as I could listening to Colombian music and playing in the different forms. Because there are so many different, interesting rhythms… Had it not been a pandemic, I would've been there.

Alex: The score includes musicians and choirs from a variety of places, including some from Colombia. What was the scoring process like for Encanto?

Germaine Franco: Well, it was really a challenge because there were all these COVID protocols. In a non-COVID situation, you would have at least the whole rhythm section together, and you might have a little of separation, but all close in the same room. And then also, the orchestra would be recorded strings with winds and piano and harps. But we were not allowed to have winds in the same room as strings. So it took longer because we had to have more sessions and they were all separate sessions. And then the choir, that was sort of the icing on the cake, because I wanted to have this Colombian choir on the “Antonio's Room” cue when he receives a magical gift. And Walt Disney music exec, Matt Walker, was so kind to let me try it. And it turned out to be great. I mean, it took a lot longer. A session that would normally take four hours would take eight hours, just trying to get the connection in Colombia. And then you're on Zoom and then there's another type of software called Audiomover that we use as well. So you have a connection through your computers, but then you're using Zoom to talk and if those connections go, I mean, it's just a lot of back and forth. But in the end, it was all worth it for sure.

Alex: Your score can be heard outside of the film on the Encanto soundtrack. Did you have a hand in determining which tracks would make it onto the soundtrack? Is it the full, complete score or did you have to reorchestrate anything for the soundtrack release?

Germaine Franco: I pretty much picked all of the score tracks, which was really a nice opportunity. I didn't put every single bit of the score on it because, as it's a soundtrack, sometimes there were small pieces that, if it's a twenty-second cue, it doesn't really warrant its own track. But generally, it's pretty much in order… I remixed it because a mix for a film, as you know, is different than a mix for a soundtrack. So I had Alvin Wee, my mixer, we worked together to remix the whole soundtrack to sound more like a record. And then I added a few bonus tracks, like the “Impresiones del Encanto.” I had some extra time on one session and I had three guitarists, Andrew Synowiec, George Daring, and Federico Ramos. And I said, "Hey, let's try this." And it was them playing the Encanto theme and I just loved it. And so I wanted to put it on the soundtrack even though it's not actually physically in the film.

Alex: Lin-Manuel Miranda wrote the songs in the film, did you have a hand in orchestrating any of them?

Germaine Franco: Yes. All the songs were pretty much written by the time I started working on it, and they were arranged by Lin and Mike Elizondo. I did orchestrate and add cinematic elements to the songs and so that when we put them up to picture, they would feel more cinematic. But most of all the structure and everything was already there, and then I would add the orchestra or a choir or mostly strings and some brass and winds. It was really fun, and I think the songs are great. So I mean, what a great writer Lin is.

Alex: What was your favorite moment or favorite thing about the experience of working on Encanto?

Germaine Franco: I think the best part was working with Lin and Byron [Howard] and Jared [Bush], Charise [Castro Smith] and Yvett [Merino] and the whole Disney team on figuring out what is the path and what is the trajectory of Mirabel and the whole family. I mean, it was a long process and it just kept growing and blooming and then, towards the end, it was so exciting. And one of my favorite moments was when I asked if I could have the accordion player from Carlos Vives' band, who he's singing “Colombia, Mi Encanto,” and one of the most amazing singers from Colombia. His band was in town and I asked, "Could we get him on a few of the score tracks?" So he's playing on the Cumbia, and you'll hear him throughout the soundtrack. And that was great having him come. And he'd never played on a soundtrack before and just was so open and willing. His name is Christian Camilo Peña, and I loved working with him. And of course, all the musicians in LA just played so well.

Disney’s Encanto is now playing in theaters and comes to Disney+ on December 24th. The soundtrack to Encanto is now available on CD, digital, and streaming.