School is in session with Abbott Elementary. The “Pilot” episode kicks off with an exterior shot of Abbott Elementary School and the audience is introduced to teacher Janine Teagues (Quinta Brunson). Between discussions with her students about Toy Story and American Gangster, we learn a lot about Ms. Teagues. Being interviewed for a behind the scenes program which the principal set up, the audience is treated to ‘candid’ moments with the staff of the school. 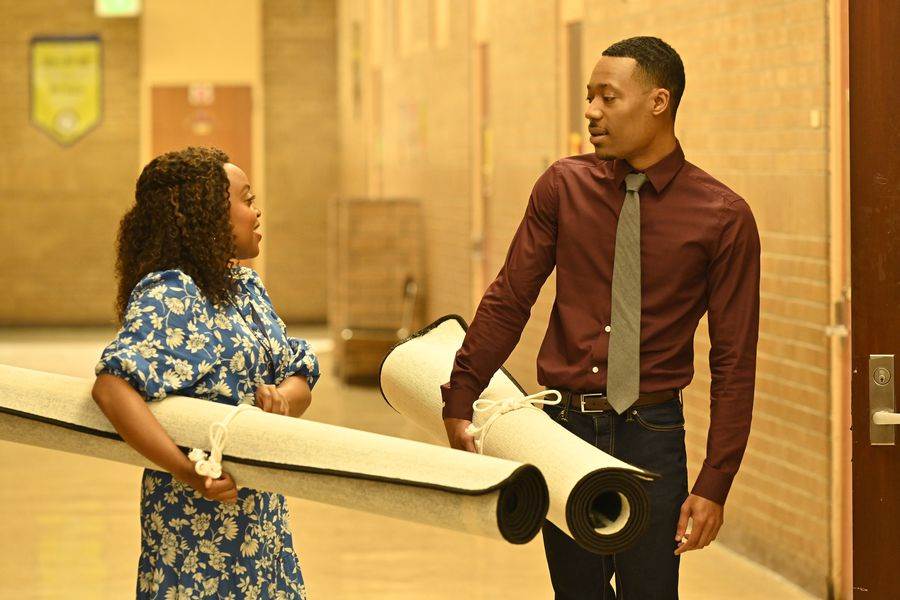 New to the profession, Janine is an idealist who believes in the nobility of her job, despite the lack of pay, and the lack of funds for her school. Even though there is no cash for the classes, Janine tells us there is plenty of city money to renovate the Eagles stadium. What really bothers Janine is the loss of her classroom rug because a student peed on it.

After spending time with Janine, we are introduced to the rest of the staff at the school. We meet Barbara Howard (Sheryl Lee Ralph), a senior teacher at the school who commands the respect of her students. Janine idolizes Barbara.

Jacob Hill (Chris Perfettit) teaches history at the school and is a new teacher like Janine. They were hired together and are two of the three remaining new teachers who are still working in the classroom. The grade 2 teacher Melissa Schemmenti (Lisa Ann Walter) and the principal Ava Coleman (Janelle James) are also introduced.

The audience quickly learns that Ava has little interest in the school but can fire someone if they break a rule. Substitute teacher Gregory Eddie (Tyler James Williams) arrives and quickly learns that Abbott Elementary School is a unique place. Gregory had interviewed to be the principal at Abbott but was beaten out by Ava. Now he is toiling away as a substitute until he gets an administration job.

Janine’s idealism is crushed when Ava spends all the emergency money provided by the district on a new school sign that features her. Instead of getting a new rug for the classroom, Janine has nothing, and decides to complain to the superintendent, which quickly backfires. Ava learns of Janine’s complaint and tries to punish her in front of the staff. This fails as Barbara stands up for Janine which quickly ends the punishment workshop.

Barbara also dispenses some wisdom to Janine. To Barbara, teachers at Abbott Elementary must do everything. Relying on others, like Ava, is simply not possible. Then Melissa helps Janine get a rug from some unknown sources, and all is right in the world.

While Janine is learning how to cope with the realities of teaching, she continues to show her optimism. She helps Gregory settle into his role at the school and even tries to fix the broken toilet, which only ends with poor Janine being soaked by the malfunctioning commode. 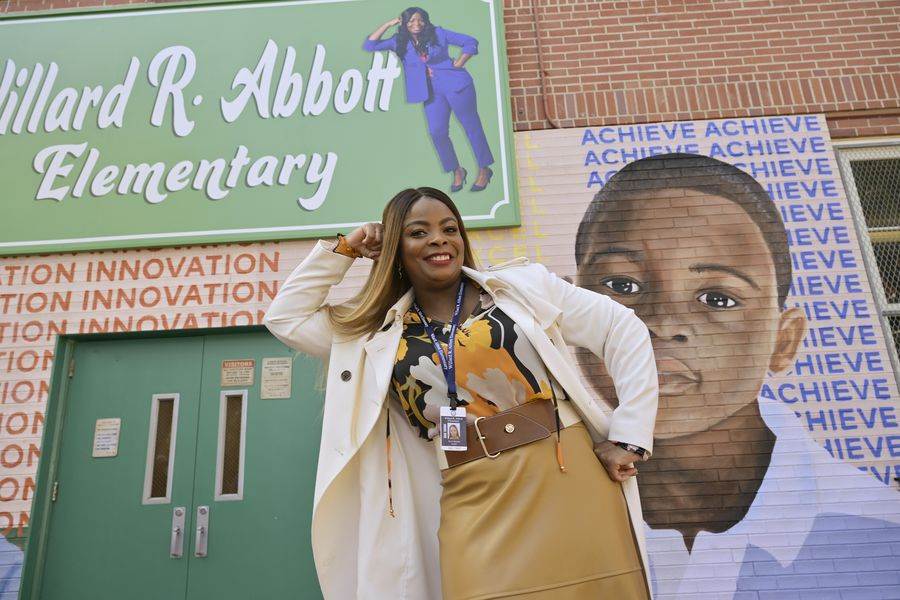 I wasn’t sure what to expect with Abbott Elementary and I was pleasantly surprised. While it was funny to watch all the ways a teacher could be fired, it was nice to see the profession was given respect without getting sentimental and sappy.

Quinta Brunson is hilarious as Janine. She not only exemplifies the earnestness of new teachers, but the determination that many people in the profession show in trying to help their students. The supporting cast is brilliant. From Sheryl Lee Ralph as the veteran Barbara to Janelle James as the self-centered Ava, Abbott Elementary is populated with a diverse set of characters with their own unique personalities.

As a teacher, I wondered how the profession would be portrayed in the show. I am pleased to say that Abbott Elementary is very funny, but also focuses on real world issues, as well as incorporating one of the most high-brow uses of a toilet joke I have ever seen.