“As a young person, I said I wanted to be a doctor,” actress Sophia Bush explained about her role as Dr. Sam Griffith on the new CBS drama Good Sam. “And I was particularly fascinated with heart surgery, considered it as a specialty. And then my high school drama teacher got in the way and helped put me up in my first play. You can imagine the shock when I told my parents I wasn't going to med school, I was going to go study theater and learn how to do costume makeup. So, it really feels full circle. My parents are thrilled by this.” 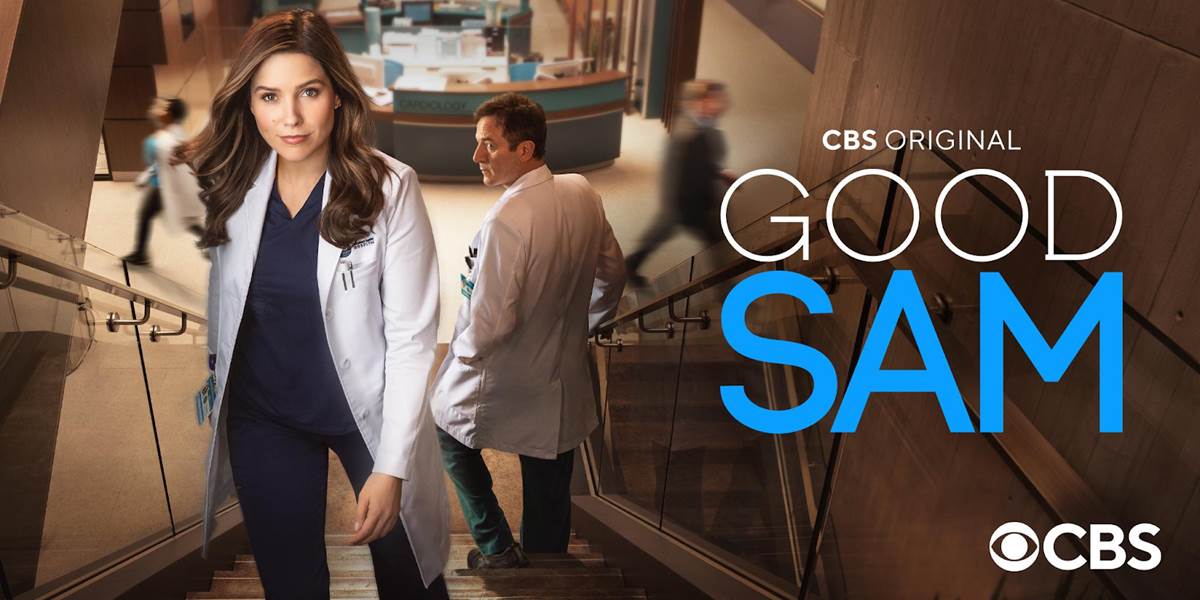 Good Sam tells the story of a gifted heart surgeon who takes over as chief of surgery when her boss/father falls into a coma. When he comes out of it, the father and daughter clash over who has authority at the practice. Jason Isaacs plays Dr. Rob Griffith, who he describes as having a god complex. “To take all the power away from someone that is strutting that large and feels like they have the power of life and death, and then to completely, in some ways, emasculate them is an incredibly interesting dynamic,” the actor shared about his role. “It's what launches us off into this void, sort of explores issues that are very specific. And we try and make them real, of course. But they also have great metaphorical value, if it's not too pretentious.”

“We've had a new appreciation for a medical show with such a big heart, pardon the pun,” series creator and executive producer Katie Wech shared. The series was given a pilot order in February 2020 and was six days from shooting when the world stopped due to the pandemic, which gave everyone involved a newfound appreciation for essential workers in the healthcare industry. “It's a medical show with heart and about hearts. And it's also a family show. It's a story about a father and a daughter. And for me, that was the initial spark of inspiration, in addition to the excitement of telling medical mysteries and stories that have life and death stakes, and the heroic medical professionals who save lives every day.”

“My college roommate is an ER doctor, and she ran the whole COVID emergency department during this pandemic,” added executive producer Jennie Snyder Urman. “That's what draws me into stories like this, where you just care so much and want people to get better and have so much respect for the miracles that happen every day. And you really meet people when they're at their most vulnerable, and if you can help them through that, what a gift. And that's something that I would like to watch on TV, so I also like to be a part of it here.”

At the center of Good Sam is a conflicted father/daughter relationship, which was the most attractive aspect of the role for once-hopeful doctor Sophia Bush. “What I find really beautiful about the way that Katie and Jennie have threaded the needle is that both of these people are right, and both of these people have a reason to believe what they believe,” she explained about Sam and Rob’s perspectives. ”It feels real and it feels grounded, and all of the ways that Sam is an optimist, Griff has learned hard lessons and he's pragmatic perhaps to a fault. And each of them thinks the other person needs to either be less practical or less empathetic. And neither of them is.”

You can watch the family dynamic unfold as Doctors Sam and Rob Griffith fight for control in Good Sam, premiering Wednesday, January 5th, at 10/9c on CBS. New episodes stream live and on-demand on Paramount+.